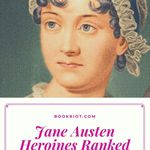 Folks who haven’t read Jane Austen might imagine her heroines and plots to be strictly domestic, mild, and, well, perhaps a bit weak. But the reality is, this couldn’t be further from the truth. Even without societal and historical context, the actions of the seven primary Jane Austen heroines are decidedly badass. When I took a course on Austen’s work in college, we had a final project that was fairly open-ended, and I ran with it, ranking each of the Jane Austen heroines by how badass they are. Now, I present it to you, in order from least (though still pretty amazing) to most badass.

Note on spoilers: As many of the most badass moments of these women happen at the novels’ climaxes, you may be met with spoilers. 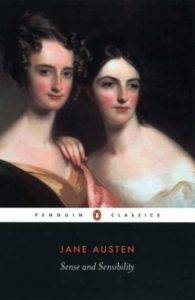 Part of Elinor’s whole shtick is that she is constantly putting others before herself. On the surface, this might seem like a pretty pathetic thing to do, but I think it’s actually pretty badass. Elinor’s fault is that she takes this show of compassion too far, and it ends up being a major obstacle to her happily ever after, which places her solidly as number seven on the list of badass Jane Austen heroines. Her most badass moment: Acting as the confidante to the distasteful Lucy Steele when Lucy reveals she is secretly engaged to Edward Ferrars, with whom Elinor is in love.

Anne and Elinor are perhaps the two most similar characters of the roll of Jane Austen heroines. Like Elinor, Anne tends to keep to herself and is on the more mature end of the spectrum, often finding herself in the position of taking care of others at her own expense. Her most badass moment: Although advised by her de facto mother, Lady Russell, to break an engagement to Commander Frederick Wentworth, Anne quietly harbors feelings for Wentworth for years in defiance of Lady Russell’s well-meaning pressure. 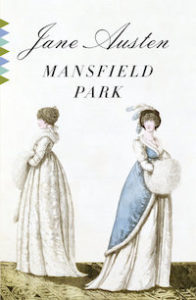 Fanny, who is sent to live with extended family for financial reasons as a child, spends a good deal of her time observing. This allows her to pick up on injustices that others might overlook, including on the immorality of slavery. Her most badass moment: Questioning her benefactor uncle on his own involvement in the slave trade.

Easily wrapped up in her own fantasies, Catherine’s badassery is perhaps inspired by a less serious obstacle than other Jane Austen heroines face, but makes her no less badass. Young and with an adventurous heart, Catherine actively seeks excitement. Her most badass moment: Despite believing the owner of Northanger Abbey murdered or kept hostage his wife, she elects to stay at the estate as her imagination of the environment runs wild.

Representing the “sensibility” of Sense & Sensibility, Marianne is prone to deep shows of emotion and makes no attempt to hide her true feelings of people. She loves fiercely, but can show her disdain with just as much passion. Her most badass moment: Although her brother and his wife are her social superiors, Marianne treats them with the blatant disgust they, as distasteful characters, deserve.

A character Austen described as “a heroine whom no one but myself will much like” and reproduced as Cher Horowitz of Clueless, Emma does have a bit of a thoughtless streak in her. Before she learns her thematic lesson, Emma takes no qualms in using other people as chess pieces. Her most badass moment: Attempting to manipulate her friend, Harriet, into a relationship with social climber Mr. Elton, despite advisement to do otherwise from a trusted friend and Harriet’s existing advantageous relationship with another man. 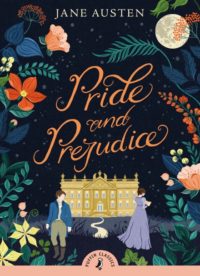 Look, I wanted to be less cliché than this, but it’s a trope for a reason. Elizabeth is easily the most badass of the Jane Austen heroines. In fact, Elizabeth doesn’t have just one badass moment, but a few. Here are the highlights: Despite enormous pressure and threats of estrangement from her mother, Elizabeth refuses a proposal from Mr. Collins; tells off the richest guy in town (Mr. Darcy, of course); and regularly defies the snobby Caroline Bingley.

So, there’s my roster. Think I got it wrong? Is Catherine Morland the real champion when it comes to badassery? Find us on Twitter and let us know.