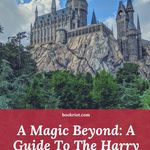 The music of Harry Potter and the wider wizarding world movies are an integral part of our experience of these beloved stories. I can’t begin to imagine anything Harry Potter without that twinkling music box theme. So, whether you’re reliving your favorite storyline, revisiting a beloved character arc (Snape 4eva), or starting your annual reread, you’re going to need a soundtrack! Here’s all you need to know about Harry Potter music, including who wrote it, where you can buy it, and where to see it live. 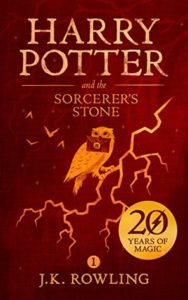 Who does the music for Harry Potter?

John Williams, the famed composer of one million of your favorite movies, worked on the first three Harry Potter movies. Williams originated the main theme that appears in all the films in some form as well as the”Leaving Hogwarts” theme that can be found in the first and last films.

Here’s the breakdown of composer by movie and where you can get the soundtrack:

Harry Potter and the Order of the Phoenix (2007): Nicholas Hooper (iTunes, Spotify, Amazon)

What is the Harry Potter theme song called?

The Harry Potter theme song is called “Hedwig’s Theme,” most recognizable on an instrument called a celesta, which sounds like a music box. John Williams created the iconic theme song, which appears in all the original movies and now also the Fantastic Beasts films.

The first few bars of the theme usually appear at the very beginning of the film over the Warner Bros. Pictures logo and title card.

What other music is in the Harry Potter movies?

Although the movies mostly feature a traditional film score, there are a few exceptions. In Harry Potter and the Goblet of Fire, during the Yule Ball scene, a band plays three original songs (“Do the Hippogriff,” “Magic Works,” and “This Is the Night”) that can be found on the soundtrack release.

Although the band is never named in the movie, in the books they are called The Weird Sisters and on screen feature Pulp‘s Jarvis Cocker on lead vocals and members of Radiohead, All Seeing I, and Add N to (X). The Weird Sisters even made Rolling Stone‘s list of 25 Greatest Movie Bands. And speaking of weird sisters, in Harry Potter and the Prisoner of Azkaban, a choir welcomes students back to school by singing a song called “Double Trouble.” Written by John Williams and sung by the London Oratory School Schola, the song’s lyrics are taken from Shakespeare’s Macbeth.

In a poignant scene in Harry Potter and the Deathly Hallows – Part 1, when Harry and Hermione are on the run and on their own, the two friends take a break from babysitting the Horcrux locket by sharing a dance to Nick Cave & The Bad Seed’s “O Children.” I remember when the movie came out, folks were really torn about this scene, they either loved it or hated it. I happen to love it and I think it strikes just the right tone for the characters at this moment in the story. Matt Biffa, the music supervisor for the film described the song like this: “It started out as a bit of fun, but then there’s weeping,” which is honestly the best way to describe this song and this scene and also me rewatching all the Harry Potter movies in one day for no good reason.

Yes, the Harry Potter Film Concert Series is an on-going global, live concert experience with a live symphony orchestra and the film projected on a big screen. Check out their website to see tour dates, which currently go through October 2020.

The Music of Harry Potter and the Cursed Child – In Four Contemporary Suites written, composed, performed and recorded by Imogen Heap is nominated for a 2019 Grammy Award for Best Musical Theater Album. I discovered this album while doing research for this post and it is definitely my new obsession. Don’t sleep on this one folks, it is a gorgeous collection of instrumental tracks from the Broadway show further reworked for this release. My favorite track is “Albus Severus Potter.”

The Fantastic Beasts movie soundtracks are scored by James Newton Howard, who has composed some of my favorite fantasy tracks (looking at you, Peter Pan).  So far he has scored both releases and some of the songs have a cool 1920s vibe due to the time period of the story.

Each Harry Potter movie was accompanied by a video game tie-in release for computers and gaming consoles. The music for these games was composed by Jeremy Soule and although the soundtrack releases are no longer available, you can listen to them on YouTube for a nostalgic walk through the corridors of Hogwarts.

The brilliant fan-made Harry Potter prequel, “Severus Snape and the Marauders” has its own really beautiful, full score by Alexander Arntzen available on Soundcloud.

A Very Potter Musical is a parody musical with music and lyrics by Darren Criss and A. J. Holmes and a book by Matt Lang, Nick Lang and Brian Holden. The full musical can be found on their YouTube channel. 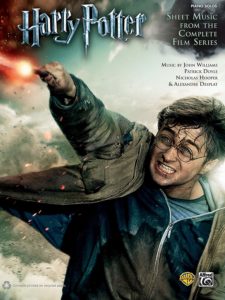 Rioter Rincey Abraham highlights the ambient sounds of the wizarding world in the post: “Immerse Yourself into the Harry Potter World with Harry Potter Ambient Sounds”. Hi, please bookmark this post now. Trust me, you will visit this again and again when you want to drop in on your house common room or that secret Hogwarts study spot of your choice.

For a personalized and annotated HP mix check out this post, “Songs to Add to Your Harry Potter Playlist,” by Rioter Jennifer Marer.

Music is such a powerful force in film. It can help to convey the emotional heart of a scene and sometimes it can express what didn’t fit on the script page.

As super fans of Harry Potter, we know that no matter how much we adore the movies, there was a ton of content we wished we could have seen adapted from the books. But because the soundtrack is so powerful and ingrained in my experience of the story, I don’t get mad about these things anymore.

I remember I fully cried my eyes out (on the five separate occasions I went to the movie theater to see Deathly Hallows – Part 2 *cough* nerd *cough*) when instead of the main theme, “Lily’s Theme” played over the opening logo and transitioned to Snape’s silhouette. I knew what was coming in the story and the music just immediately brought me to that emotional head space.

Recently, after listening to the soundtracks on repeat, I rewatched all the movies and I found myself wondering where certain of my favorite moments were. Turns out, they weren’t there, they never were – I had just imagined them so clearly in my mind. The music can be the soundtrack to the movie or the book for you. It can be what you need it to be. Books, movies, and music live in my head in a beautiful Harry Potter mashup, and I wouldn’t have it any other way.