It’s a trope as old as time—two people who fall in love who have never really met, or who have hidden their true identities. Take the classic A Cinderella Story, or the more recent Netflix original Sierra Burgess is a Loser. In both cases, a high school girl hides her physical appearance because she’s nervous to reveal her true self. Hilary Duff in A Cinderella Story is ashamed of her job at the diner, and Sierra Burgess is ashamed of her body image.

But recently in literature, the script has been flipped in a way that feels extremely relevant in a society that relies on dating apps that encourage users to “swipe right” on people they find physically attractive. Authors have created a new genre of romance by developing characters who accept one another (and themselves) for who they are within. In Rainbow Rowell’s Attachments, Lincoln, hired to monitor employee emails, falls in love with Beth Fremont after one of her email exchanges with coworker Jennifer Scribner-Snyder is flagged for review. He loves her sense of humor, her wit, and is captivated by her character, even though they’ve never met. He finds himself unable to stop reading through their banter back-and-forth and acknowledges that her appearance ultimately won’t matter—he’s already fallen for her regardless. 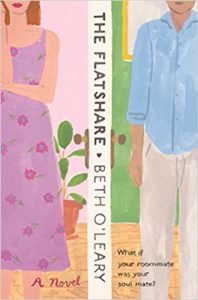 The Flatshare by Beth O’Leary

Beth O’Leary similarly creates a faceless attraction between two characters in The Flatshare. Strapped for cash, Tiffy agrees to share a bed with Leon, a total stranger, in an apartment in London. Leon works nights, so Tiffy has the apartment from 5 PM–9 AM. Although they don’t meet prior to this agreement, they start leaving each other notes. It starts with “when is garbage day again?” and eventually progresses to much more in advance of their first meeting. 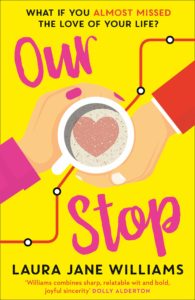 Our Stop by Laura Jane Williams

In Our Stop, Laura Jane Williams perpetuates a relationship between two people who have never met but communicate through a “Missed Connections” section in a newspaper. Through only these brief witticisms, Nadia starts to fall for Daniel despite the fact that she’s never seen him. Daniel hasn’t been able to stop thinking of Nadia from the moment he overheard her give an intelligent business pitch to a colleague. The author uses the importance of intellectual connection and humor rather than physical attraction to create a love story between two strangers. 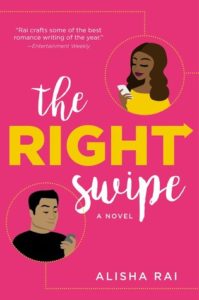 Alisha Rai takes the opposite approach in The Right Swipe, proving first that physical attraction on dating apps most certainly exists (with some steamy scenes to really drive her point home). But as Rhiannon learns by falling for Samson—a competitor in her business of creating the perfect dating app—instead of just his image, a personality is what really forges a connection between two people. 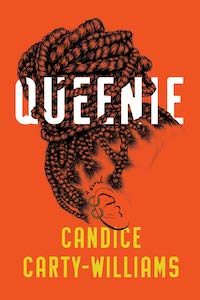 Although Queenie doesn’t fall into the romance genre, I found this book to be the most important one I’ve read for twentysomethings struggling with self-acceptance—especially in the modern dating world. Queenie Jenkins is a Jamaican British woman living in London struggling to accept her own self-image and cultural identity after a break up from her longterm white boyfriend. Her story can be seen as a sort of cautionary tale as she tries to find self-worth in various emotionally degrading men. Candice Carty-Williams does a fantastic job of creating a relatable character who learns that acceptance comes from within.

Rather than create characters that feel the need to hide because they don’t accept themselves for who they are, these authors promote strong characters who already love themselves, or who are actively trying to achieve self-love.

This idea of being yourself unapologetically leaves a hopeful message to readers like myself who feel caught in a generation focused on swiping left or right. The most popular dating apps leave ample room for posting photographs in your profile, but few lines for describing your personality, interests, sense of humor, and passions. After coming out of a longterm relationship that predated the popularity of dating apps for twentysomethings, I found it incredibly disheartening to discover that in a generation of woke men and women, we hadn’t progressed past using looks to find a date.

It’s refreshing to read modern romance stories that don’t focus on the physical but rather highlight the importance of one’s true self. It reinforces the idea that love and self-acceptance go hand-in-hand and create stronger relationships as a result. I’m still trying to navigate the dating scene, but knowing there is a community of authors and readers who long for the same idea of romance is a huge comfort.