I know, I know. I didn’t care either. But every time there’s a new casting announcement, I find myself a little more intrigued. A little more willing to give it a shot. Because the talent in this thing is going to be phenomenal and maybe, just maybe, it will be the reboot we need and deserve.

I’m not going to venture any serious guesses yet. I’ve been burned before and we are all well aware that sometimes talent can’t save a terrible script (alas, poor Brandon Routh Supes, we hardly knew ‘ye). 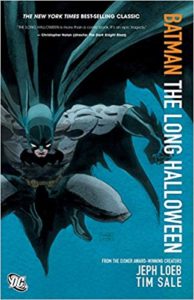 Rumors suggest Matt Reeves’s Batflick (I’m going to keep doing this, it’s the law) will be based on The Long Halloween, written by Jeph Loeb with art by Tim Sale. This particular arc is, as my husband phrased it best, less of a punch ’em up and more of a suspenseful detective story, an aspect of Batman’s career we’ve seen in comics and animation, but less so in live action. In the story, which takes place during Batman’s early crime fighting days, Bruce is working with Captain Jim Gordon and a pre–Two Face Harvey Dent to find the killer “Holiday” who claims a victim once a month on a…wait for it…holiday. Several members of the rogue’s gallery pop up throughout, including the much neglected Calendar Man, as well as the patriarchs of Gotham’s two most powerful crime families: Sal Maroni and Carmine Falcone.

And I’ll admit it: I’m way more interested in Batman as a crime drama than as an ass-kicking scenario (I mean, I’m sure there will be ass-kicking but not just ass-kicking). The thing that makes Batman/Bruce Wayne interesting to someone like Ra’s al Ghul, who’s one of the more intriguing of Batman’s opponents (Arrowverse version aside and also, sorry Liam Neeson, yours too) isn’t his ability to break heads; it’s his ability to outthink and outmaneuver his opponents. We have yet to see that aspect of Batman expressed on the big screen and, looking at the cast so far, Reeves may be the guy to give it to us.

Reeves has done plenty of work in suspense: he directed Cloverfield and two Planet of the Apes movies and wrote War for the Planet of the Apes and Let Me In. He doesn’t shy away from intricate plot lines nor detail work, but he’s awfully good at the big kaiju style stuff as well, making him a great fit for a film that will likely need to move back and forth between the two (listen, Batvillains have to be at least a little outlandish).

Full disclosure: I’ve seen Pattison in exactly two things. Twilight (the only reason I’ve seen that is because we were watching the RiffTrax commentary), and Harry Potter. Casting another white dude as Bruce Wayne is a missed opportunity, but I can’t say I’m all that surprised (unfortunately). That said, early 30s is probably just about the right age for Long Halloween Bruce, who has some experience (the graphic novel Batman: Nightwalker by Marie Liu, Stuart Moore, and Chris Wildgoose suggests Bruce started his campaign against crime during his senior year of high school) but isn’t yet the full on Christian Bale cynic. He definitely broods good and he did a decent job at the selfless hero so I’ll give him a chance.

This…isn’t what I would have chosen if I were doing the casting, but now that it’s been announced I’m all in. Serkis, as we know, can be pretty much anyone he wants to be from Golem to Snoke to Ulysses Klaue to Caesar. We got a hint of the dry wit so integral to Alfred’s portrayal in Black Panther and he seems like someone who would have a lot of fun with this particular role. He’s worked with Reeves on previous occasions as well, which suggests the two of them work well together and that Reeves will utilize Serkis fully.

You may not know this, but Zoë Kravitz has already played Selina Kyle in the best Batman movie to date: The Lego Batman Movie. Argue with me if you want, but I’m not the only person who holds this belief. She’s done the superhero thing, complete with wire-work, in X-Men: First Class and the suspense/drama thing in Big Little Lies, so all she really needs to do here is bring it all together. 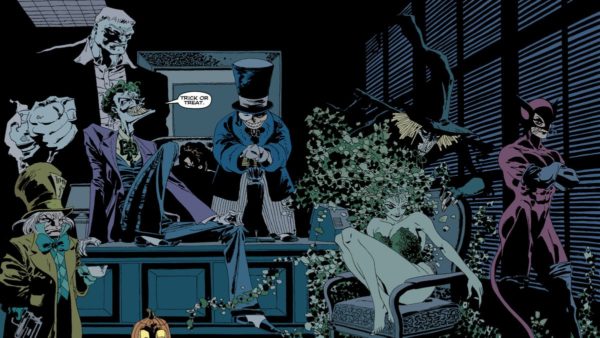 This was the casting announcement that really sealed the deal on The Batman being something I actually wanted to see rather than something I would probably see at some point, maybe when it came out on digital. Turturro has done a little of everything, from absurdist comedy to horror to suspense thriller to blockbuster action to a TV adaptation of The Name of the Rose to O’Brother Where Art Thou? to a goat in Green Eggs and Ham. I have no doubts as to his abilities to pull off the cool, relaxed menace integral to Falcone and I can’t wait to see it.

Like Turturro, Dano has acted all over the map, from voice to TV to film. The only thing I remember seeing him in was Little Miss Sunshine, and he was fantastic. Nygma can be either a really interesting character or a really boring one depending on how he’s portrayed, and therefore either a fascinating study in sociopathy (Cory Michael Smith) or a wasted, ridiculous parody of himself (Jim Carey). Is he there simply to make Batman’s life more frustrating or is he so very close to being Bruce Wayne’s intellectual equal he can twist the other man in knots? Is Nygma messing with Batman because he can or because he has something to prove? Is he a device or a fully realized character? I suppose we’ll find out.

A seasoned voice actor as well as a film and stage actor, Wright bring exactly the proper amount of gravitas to the role of Jim Gordon. We want our commissioner to have a sense of humor, though: I mean, he has to what with the giant bats and the penguin men running around his city and hey, along with the credits that really show his chops, Wright is also the voice of McWinkle on Green Eggs and Ham. An ongoing role in Westworld means he’s been immersed in worlds other than our own and he can sing, which…I’m not sure how that’s going to figure in, but it’s always worth mentioning. Also worth mentioning: Wright is the first actor of color to portray Gordon and his being cast means that his daughter Barbara, aka Batgirl, is at minimum biracial.

This one has been floating around for a while so I figured I’d include it, but I…I don’t know exactly what to say about it. I mean, he’s a great villain generally speaking but “Colin Farrell” and “The Penguin” seems like a little bit of a mismatch. Guess we’ll see what happens.

Well, that’s the Batcasting so far. As I mentioned up above, I was 100% and now Reeves and crew have pulled me right back in.

But listen: the suit better not sparkle.