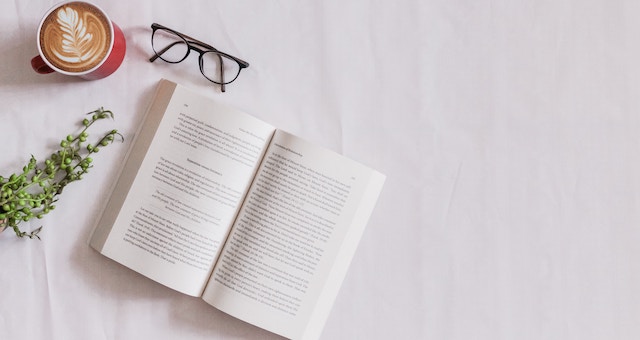 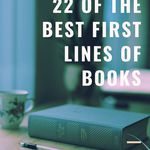 The first line of a book is a liminal space: the curtains drawing upwards, the author leading you by the hand forward into a story (but also another world). A first line is a choice. Do you want to go further? Are the following lines and pages and chapters worth your time? When an author gets it right, though, the best first lines of books are not a choice at all, but a capturing.

These are some of our favorite first lines of books, with explanations why they rank among the very best.

“124 was spiteful. Full of a baby’s venom. The women in the house knew it and so did the children.”

From Beloved by Toni Morrison

“I read this book for the first time in my high school senior spring, and it took a lot to get my attention, but this one did. It sets the readers expectations of a baby ghost and that it preys on women and children. Nothing like a supernatural occurrence to rally the senses!”

From Doc by Mary Doria Russell

“From the beginning, Russell promises us a tragic tale, but I can’t help falling directly into her story with the alliteration and almost hypnotic voice.”

“I sent one boy to the gas chamber at Huntsville.”

From No Country for Old Men by Cormac McCarthy

“Noir novels are famous for their slow burn, but this one immediately exposes Ed Tom Bell’s existential crisis: he does the work of a good man, but around the bad men, and he won’t put his soul at hazard, though he already has.”

“Christmas won’t be Christmas without any presents, grumbled Jo, lying on the rug.”

From Little Women by Louisa May Alcott

“I was born twice: first, as a baby girl, on a remarkably smogless Detroit day in January of 1960; and then again, as a teenage boy, in an emergency room near Petoskey, Michigan, in August of 1974.”

From Middlesex by Jeffrey Eugenides

“It drew me into the story immediately and establishes the theme of identity. Cal mythologizes himself and obsesses over his personal and family history. So, this dramatic but matter-of-fact beginning is a great introduction to his voice.”

“In a hole in the ground there lived a hobbit. Not a nasty, dirty, wet hole, filled with the ends of worms and an oozy smell, nor yet a dry, bare, sandy hole with nothing in it to sit down on or to eat: it was a hobbit-hole, and that means comfort.”

From The Hobbit by J.R.R. Tolkien

“It’s a classic for a reason! I think that this line is a great example of world-building. It’s the first literary introduction to what hobbits are, and it paints a vivid depiction of them: they value comfort, coziness, and plenty of things to eat. Even if you live under a rock (…or in a hobbit-hole) and you’ve never heard of Middle-earth before, you can’t help but already have a fondness for them based on these few lines.”

“How should a person be? For years and years I asked it of everyone I met. I was always watching to see what they were going to do in any situation, so I could do it too. I was always listening to their answers, so if I liked them, I could make them my answers too. I noticed the way people dressed, the way they treated their lovers—in everyone, there was something to envy. You can admire anyone for being themselves.”

From How Should A Person Be? by Sheila Heti

“They shoot the white girl first. With the rest they take their time.”

From Paradise by Toni Morrison

“This first line is arresting and shocking. Morrison has said that readers are often obsessed with figuring out who the white girl is—some people just decide they know. In struggling to find the right answer, those readers often have to ask themselves why it would matter.”

“I write this sitting in the kitchen sink.”

From I Capture the Castle by Dodie Smith

“Short, evocative and it gets my brain swirling right off the bat! Who is this, and why are they writing while sitting in a kitchen sink?”

“Mr. and Mrs. Dursley, of number four Privet Drive, were proud to say that they were perfectly normal, thank you very much.”

From Harry Potter and the Sorcerer’s Stone by J.K. Rowling

“I had it choose it. Eight-year-old Kate was absolutely captivated from this sentence onward and I can still hear Jim Dale’s voice inflection from the audiobooks in my memory.”

“My father, James Witherspoon, is a bigamist.”

From Silver Sparrow by Tayari Jones

“A simple and powerful statement. It dares you not to need to read on.”

“History has failed us, but no matter.”

From Pachinko by Min Jin Lee

“I was smitten from this first line. In seven words, Lee sets up Pachinko’s entire narrative, which features a group of people all too often forgotten from history. But they are still resilient. They are survivors.”

“We slept in what had once been the gymnasium.”

From The Handmaid’s Tale by Margaret Atwood

“The Handmaid’s Tale was my assigned summer reading before my senior year of high school. I had never heard of it and didn’t look up anything about it, so I had zero context for what I was about to read. From the first line, and through the first chapter, I was already annotating the book with so many questions and notes, completely immersed in a world that was unknown, yet felt so familiar. It was the first time I’d ever been a truly active reader and fully engaging in a book instead of just going along for the ride.”

“Ships at a distance have every man’s wish on board.”

From Their Eyes Were Watching God by Zora Neale Hurston

“I could read this line a hundred times and always interpret it a little differently. It immediately throws the reader into this kind of nostalgia, this distant wanting, this possibility that anything could happen. The ship metaphor is powerful. It could mean something about perspective and distance, or something about travel and opportunity and the great unknown of the sea. This line, much like the book, is unforgettable.”

“All this happened, more or less.”

From Slaughterhouse-Five by Kurt Vonnegut

“I’ve never seen anyone else do what Vonnegut does with a simple sentence. He uses words like war rations: dear, precious, and to be savored. Here, he establishes straight away the unreliability of the narrator (himself) and prepares us for a story that will be a considerable amount to swallow—because why else would he warn us that most everything here happened? Six perfectly chosen words.”

“Captain Ahab was neither my first husband, nor my last.”

From Ahab’s Wife by Sena Jeter

“I love this because it gives the reader so much and so little at the same time.”

“The Stark River flowed around the oxbow at Murrayville the way blood flowed through Margo Crane’s heart.”

From Once Upon a River by Bonnie Jo Campbell

“I love how this sentence gives you two very strong images and tells you so much about our heroine. The entire opening paragraph of this book is a winner, but this sentence is bold and demands your attention.”

“The circus arrives without warning. No announcements precede it, no paper notices on downtown posts and billboards, no mentions or advertisements in local newspapers. It is simply there, when yesterday it was not.”

From The Night Circus by Erin Morgenstern

“It hooked me. What an opener. What a delicious mystery. My imagination went wild, and I could not wait to find out what was inside those circus gates.”

“Many years later, as he faced the firing squad, Colonel Aureliano Buendia was to remember that distant afternoon when his father took him to discover ice.”

From One Hundred Years of Solitude by Gabriel Garcia Marquez

“I love how perfectly this sentence sets up the entire book—the sentence, like the book, is epic in scope. It contains equal parts wonder and horror. There are so many layers of story in that one sentence. It’s also exquisitely beautiful. Considering that the book is translated from Spanish, it always astounds me how lush and gorgeous the music of the prose is in that sentence. It’s perfect.”

“Before my wife turned vegetarian, I’d always thought of her as completely unremarkable in every way.”

From The Vegetarian by Han Kang, translated from Korean by Deborah Smith

“Right off the bat, you know who this narrator (one of many) is: a very unlikeable character. And oh my, do I find unlikeable characters intriguing. Plus, this line brings up so many delicious questions for me. Who is this wife? Why did she turn vegetarian? What does vegetarianism have to do with making her unremarkable to this narrator? What does he consider unremarkable? I could go on and on…”

“I spent much of my childhood listening to the sound of striving”.

From Becoming by Michelle Obama

“It was a dark and stormy night.”

From A Wrinkle in Time by Madeleine L’Engle

“As I revisited this childhood classic 20 years later, the mysterious opening line rang in my head even before I started reading. It sets the tone for not only this classic book, but for all the other memorable books of its genre: The Giver, The Mixed-Up Files of Mrs. Basil E. Frankweiler…now if I could just figure out how to pronounce the author’s last name.”