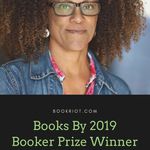 Girl, Woman, Other may have elevated her visibility in the commercial sphere but Bernardine Evaristo has been writing extraordinary literary fiction for many years. This year’s joint Booker Prize winner is not just a one-trick pony.

Margaret Atwood may be the better known Booker Prize winner, but Bernardine Evaristo is no mere mortal in the world of writing. There is a whole wealth of books and other writing by Evaristo that has long escaped my notice. As well as publishing seven books, she also writes poetry, essays, literary criticism, short fiction, and has created projects for the stage and television. She has earned copious prestigious letters after her name (MBE, FRSL, FRSE) honouring the amazing contributions she has made in the arts.

For nearly 20 years Bernardine has been giving a voice to those in the African diaspora. Just read a few pages of Girl, Woman, Other and her genius very clearly comes to light.

If you’re anything like me, once you read one great book by an author, you want to read them all. Thankfully, Bernardine has a very achievable seven novels and many of them aren’t too long at all. However, it’s not always a great idea to read them in order of publication. Below is a handy dandy list of all the books by Bernardine Evaristo and my suggestions on the order of which to read them.

Of course, you can read them in any order you please. Just make sure you read them. 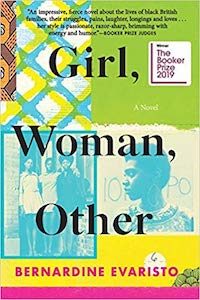 If you only read one more book this year, please make it this one. Is it a story about 12 individuals, mostly women? Yes. Is it a story about human society as a whole? Hell yes. This is a novel that states very important messages without even an ounce of preachiness. There are a plethora of characters, not all of them immediately likable but all of them relatable. They love, they fight, they are prejudiced and sexist and often just trying to make sense of the ever-changing world. I have never read anything like this and I plan to keep rereading it over and over again.

Novels about gay, 70-something-year-old Caribbean men are few and far between. Thank goodness we have this gem to turn to. As with Girl, Woman, Other, Bernardine Evaristo doesn’t hold back from stepping into the mire of controversy and exploring the prejudices that different communities would rather keep under wraps. Best of all, she explores it from a place of love. Where there could be judgement, there is understanding. And Evaristo’s everlasting humour shines through yet again. This might sound like a very award-worthy book. It is. It’s also very accessible and brilliant. 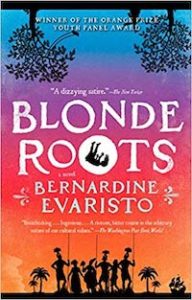 I call this Noughts and Crosses for grown-ups. Set in a world where the transatlantic slave trade was reversed and Africans enslaved Europeans, Evaristo explores how everything that has come to influence our attitudes, prejudices, and the insidiousness of racism would be changed. This book invites the reader into a world of critical thinking infused with the dry satiric humour I loved in Girl, Woman, Other.

A short but powerful book about gang crime in London. Written in the voice of a 14-year-old boy, this short novella steers many readers into unfamiliar territory. It’s an emotionally tough read. You’ve been warned. 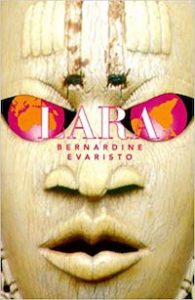 Now we enter into the novel-in-verse years. The first novel-in-verse I read was The Poet X and, although I’m not a huge poetry buff, I adored it. The same thing happened with this book. This novel traces the lineages of two disparate families through the past and present to one mixed-race child, Lara, and her experiences growing in London in the ’60s and ’70s. This was Evaristo’s first published novel and the last one to be published by an independent press before she was snapped up by the Penguin family. Which just goes to show it was the beginning of us all recognising her genius.

A historical novel in verse. Did I not say this woman is a genius? Also, if you’re looking for a historical novel featuring black people in which they are not slaves, here you go. Let your love for her work develop before you attempt this one. Don’t get me wrong, it’s fantastic. But I’m not a huge poetry buff so this one did take a little more time. However, this is just the beginning of Evaristo’s catalogue of powerful and vulnerable black women breaking out of the sole identity of ‘immigrant’. 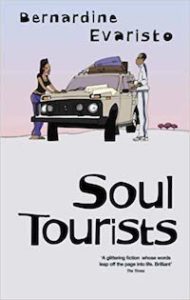 To be honest, I hate the cover of this book. But we’ve all be taught not to judge books by their cover and so we definitely don’t do that, right?  However, this is also my least favourite of Evaristo’s books. It blends a number of different forms, poetry, prose, straight dialogue, and becomes somewhat of a fantasy version of Along Came Polly. Although it was my least favourite, it might end up being your favourite.

Whichever order you read them in, I promise you’ll be highly enriched by reading any/all of Bernardine Evaristo’s books.