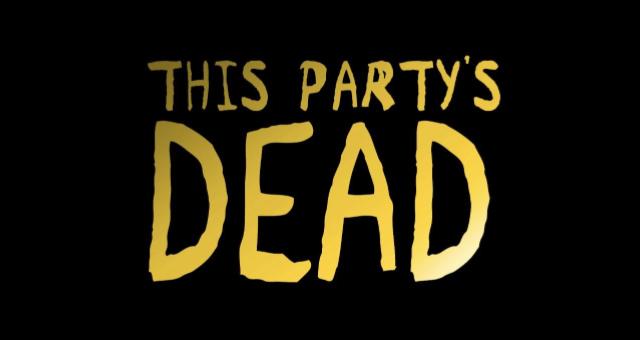 Erica Buist’s father-in-law, Chris, was dead for eight days before his body was found by her then-fiancé and his son, Dion. He was discovered in bed in his London home, his reading glasses on and a book still cradled on his chest. 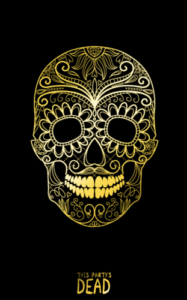 The Kübler-Ross model doesn’t always apply in situations of a tragic and sudden loss, contrary to the neat five stages we’ve internalized by now. In fact, grief strikes in many different ways. In Erica’s case, her grief culminated in what would become her first full-length book. This Party’s Dead delves into her experiences traveling to seven different death festivals around the world—one for each day Chris’s body went undiscovered.

David Mitchell Som: Did you start your journey to the “Deathtivals” detailed in This Party’s Dead knowing that you would write about them?

Erica Buist: Yes. The first one I visited was Día de los Muertos. I’d actually lived in Mexico for two years after I left university, so it was natural to start with. It was a year after Chris died. I’d spent the year in freefall, culminating in a bout of agoraphobia—which, when I wrote about it, somehow came out as “hilarious,” early readers told me. The idea of visiting seven death festivals still seemed like madness at the start, particularly since I’d not long found even a trip to the supermarket utterly insurmountable. I started slow by going back to a country I knew, and there was no way I was going to start the journey and not finish.

DS: What reactions do you get when people find out what This Party’s Dead is all about?

I get three reactions. The most common one is overwhelmingly positive. That first trip to Mexico was characterized so much by loneliness. The project was a secret—even to my family—but once I got a publisher and was shouting about it, it gained a following online. The most astonishing moment was when I was in Palermo, Sicily, and a stranger came up to me and said, in a strong Italian accent, “Excuse me, are you Erica Buist? I follow your project on Twitter!” I nearly fainted.

I’ve met transhumanists and people practicing radical acceptance. I spoke to a doctor who tried to lengthen his older patients’ lives by injecting them with teenage plasma and a voodoo priestess who fights for the rights of the dead. I had an astonishing interview with Death Positive advocate Sarah Chavez about the intersection of death and privilege, and I spoke to a man who made international headlines for keeping his wife’s corpse in the bedroom for six days. At every festival, I met incredible local guides who were open about their own experiences with death and grief. I feel utterly privileged to have met them all and heard what they have to say.

Category ID: 15789
Category ID: 479
True Story Newsletter
Sign up for True Story to receive nonfiction news, new releases, and must-read forthcoming titles.
Thank you for signing up! Keep an eye on your inbox.
By signing up you agree to our Terms of Service

Another reaction is a quick change of subject. The least common reaction is a strongly negative one. My husband has family in Paris, so we spent a few months there after Chris died. In my French class, I said I was writing a book about “la mort.” My teacher corrected me, “Non, Erica, c’est l’amour,” with his hands over his heart. “No,” I replied, drawing my finger across my neck. “La mort.” He looked horrified. I’ve also had unsolicited messages advising me not to “mess with death.” There’s still this pervasive superstition that talking about death will call it to your door. I think the root of that is this fantasy that we have any control at all. The truth is that death doesn’t care. It comes when it wants to.

DS: If readers could take only one thing away from This Party’s Dead, what would you like it to be?

When it comes to death and our terror of it, we’re all the same. There are no societies where “they don’t fear death as much as we do.” We all have the same basic terror by virtue of being human, but some cultures deal with it better than others. So many of our fears, insecurities, and bad behaviors within society just come down to death anxiety.

That’s true everywhere, but we deal particularly badly with our mortality here in the West. This needs to be addressed, but with kindness. In places where they have festivals for the dead, I think they’ve carved out time and space every year to deal with their grief and mortality itself. Many of us refuse to deal with our mortal terror until we have to, which is usually when we’ve lost someone. We leave this enormous hole of anxiety unexamined and refuse to deal with it until our highest moment of trauma. No wonder we’re struggling. A party for the dead might not be a pristine solution, but it’s a great place to start.