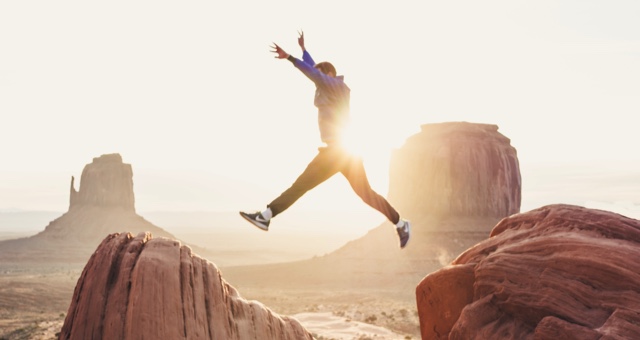 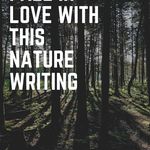 I am not outdoorsy. I’ve never been camping (except if you count tent camping on a baseball field in a stadium with Boy Scouts camping), and before I attended graduate school in North Carolina, I wasn’t even aware that hiking the Appalachian Trail was a thing. Chapel Hill, Carrboro, and the surrounding areas were full of outdoor activities and sports, and it was so different than anywhere I’d ever lived before. Friends in my public health cohort would often go hiking, camping, and do other outdoorsy things like mountain climbing, which was awesome, but not my thing. The most outdoorsy I got was going to REI to get a new fleece or two and then sitting outside with friends, snacks, and wine for an outdoor movie on the green.

Years later, after leaving North Carolina and living in Manhattan, I returned to the suburbs of New Jersey to raise my son. This past summer, I started to feel worn down. Working full-time and then some, raising my child, and trying to have some sort of a life (and failing) all started to take its toll. I was struggling. I missed my grandmother, who died in January. I wasn’t writing. Reading wasn’t fun anymore. Everyone and everything on social media annoyed me. Burnout had arrived.

I started craving nature, which was…not like me. At all. Eventually, I found myself gazing at photos of National Parks. I followed several of them on Instagram. I started reading travel essays. Even in the heat of summer, I sat outside with my iced coffee, not quite able to bring myself to go inside, no matter how hot it was outside. I needed the fresh air, the heat of the sun on my skin, and the rare breeze. I got travel books for the National Parks. I researched trails near me. I went to REI and plopped myself down in their books aisle and skimmed several hiking and camping books.

Something happened when I got out of the house more and got outside. There was a settling of sorts in my body. (Or maybe it was just the vitamin D, I don’t know). My stress didn’t go away, but I began to relax and rely on that daily dose of outdoors. I started to feel more like me again when I was actually outside in the world.

Life is busy as a single parent, and I never did get to camp, much less hike, this summer. Now that I have a little more time with his school schedule, I am trying to plan some times where I can take an hour or two from my work and go get on a trail. But one thing I haven’t stopped doing is reading books about the outdoors. Fellow Rioter Anna had a great post about the outdoors and backpacking, which you can read here.

While I couldn’t always get outside or do the things I wanted to do (my dream is to take a year or three off and just travel the National Parks and camp, but I do have a toddler and there’s a thing called having to work and earn a living, so…), books were the next best thing. If I couldn’t hike the AT or PCT, I could read about it. If I couldn’t get to a National Park, I could read about it and look at pictures. Maybe that’s dorky, but it helped stop the burnout cycle.

Category ID: 476
Category ID: 479
Category ID: 14292
True Story Newsletter
Sign up for True Story to receive nonfiction news, new releases, and must-read forthcoming titles.
Thank you for signing up! Keep an eye on your inbox.
By signing up you agree to our terms of use

I do have to note that the list is overwhelmingly white, and mostly male. There are lots of reasons for this, and things seem to be changing, thankfully. Rahawa Haile’s memoir about hiking the Appalachian Trail is slated to come out in 2020, and there are organizations like Diversify Outdoors and Outdoor Afro, and Instagram accounts like @latinaswhohike, @indigenouswomenhike, @climbersofcolor, and @takingupspaceoutdoors.

If you can’t get outside, or are even wondering about getting started hiking/camping/getting outside, here are some of my favorites that I’ve been reading. I started off with rereading Wild by Cheryl Strayed, and then read Bill Bryson’s A Walk in the Woods: Rediscovering America on the Appalachian Trail. If you haven’t read them yet, you’re in for a treat! Even if you don’t think you’re an outdoorsy person, these books might change your mind. 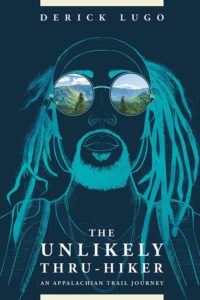 I actually picked this book up on one of my trips to REI, and I immediately wanted to read it because of the back text copy that said Lugo had never been hiking, and yet he decided he was going to hike the Appalachian Trail (AT). Although we don’t get much of the time before the trail or any of his preparation for it, Lugo’s tales of the trail are poignant, relatable, and several times I was literally LOLing as I read it. His descriptions are beautiful, and he has a way of capturing the essence of the people he meets on the trail. He does address the issue of whiteness on the trail (he is Black), albeit briefly. I loved reading this and spending time with him on the page, and would have loved even more tales of the AT from him. 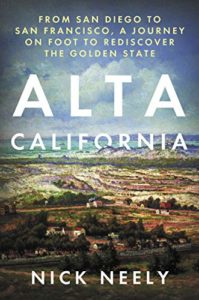 Alta California: From San Diego to San Francisco, A Journey on Foot to Rediscover the Golden State by Nick Neely

In the interest of full disclosure, I will say that I did go to school with Neely; we were in the same MFA program at CU. That being said, as soon as I heard this book was coming out, I knew I had to read it. In 1769, the first overland Spanish expedition into Alta California occurred, and Neely decided to follow the expedition himself, to learn more about his home state of California—from San Diego to San Francisco, a 650-mile journey. Neely’s prose is luminous; his eye for detail ensures that you can practically envision yourself in the surroundings, but he doesn’t lose sight of the bigger picture, either. In addition to telling the story of his journey and providing a vivid history of California’s evolution, the book also tackles contemporary issues like oil and agriculture, immigration, public land issues, and development. 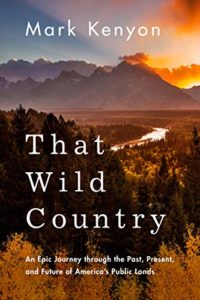 That Wild Country: An Epic Journey Through the Past, Present, and Future of America’s Public Lands by Mark Kenyon (December 1)

Given my newfound interest in National Parks, when I heard about this, my interest was piqued. Kenyon takes the reader on a tour of public lands, providing both gorgeous nature writing and a detailed history of the public land system and the various controversies over the years, including Ammon Bundy’s Malheur Refuge standoff. Although the topic is inherently political, Kenyon manages to retain his independent voice; he stands by anyone who fights on behalf of these lands. This is an important read, especially now. 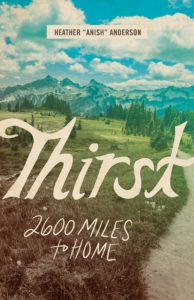 Anderson is the National Geographic 2019 Adventurer of the Year, and for good reason. By the time she was 25, she had backpacked the “Triple Crown”: the Appalachian Trail (AT), the Pacific Crest Trail (PCT), and the Continental Divide Trail (CDT). She’s the second woman to do the Triple Crown twice. Her trail name is Anish, and although this is a memoir of time on the trails, it also tells her story of leaving her traditional life—job, husband, usual trappings of everyday life—and turning back to nature. It’s clear she feels most comfortable in the mountains, and the reader is transported onto the trail with her. If you liked Wild, you’ll want to read this one.

Cody Roman Dial decided to hike in an untracked rainforest in Costa Rica called Corcovado National Park. When he didn’t return, his father, scientist Roman Dial, who is also a National Geographic Explorer, set off to find him, or find out what happened to him. Real-life mystery, travelogue, nature writing, and memoir all combine to make this book a must-read that you’ll stay up to finish. 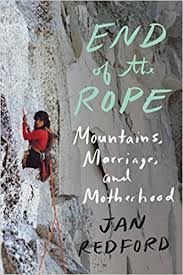 End of the Rope: Mountains, Marriage, and Motherhood by Jan Redford

Reading this was the first time I’d ever read about rock climbing, and Redford is a masterful writer, about rock climbing, the outdoors, romantic love, and motherhood. It’s about pursuing what you love and being true to yourself, and making your own way through your experiences—and it just so happens, in this memoir, to have nature and outdoor sports as the backdrop.