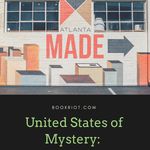 There are several things the south knows how to do well. And while many involve the proper ways to make bread products (biscuits, cornbread, pudding, etc.), one is how to write crime fiction. So I’m pleased to be headed back to the land of peaches and peanuts to continue our mysterious tour of the country. To help me out, I reached out to none other than the president of the Atlanta Writers Club, George Weinstein. And we run down some essential Georgia crime fiction.

George has helped grow the AWC into one of the country’s largest and proudest writer’s clubs. So he knows a thing or two about Georgia crime fiction. He also just released his own crime thriller. In it, web-radio host Bo Riccardi is forced to interview her husband’s kidnapper live on the air. Which is obvs awful. But does give Bo the opportunity to apply her unique skillset of chromesthesia. You know…the ability to see colorful shapes which reveal intentions behind speech. 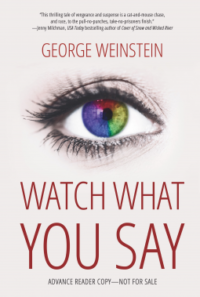 Watch What You Say by George Weinstein

The book is meticulously researched and opens up a world few of us knew existed. But, more importantly, it packs all the twists and turns you’re looking for in a psychological thriller. Both protagonist Bo and antagonist Deke have the depth to carry a book centering around a mano a mano showdown. The highlight of the book, though, is truly the glimpse into chromesthesia. Weinstein lays out the details in a way that informs without ever detracting from the plot. And I found myself actually wanting more science (which he would, in turn, provide). Any book that has me wanting more science has accomplished something.

So just in case spending the past decade organizing Atlanta Writers Conferences wasn’t enough credibility, George also knows mysteries because he writes mysteries. Which is why I asked him to take us on a little tour of the essential crime fiction of his great state of Georgia. 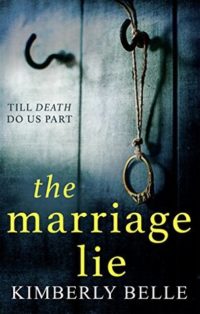 The Marriage Lie by Kimberly Belle

Kimberly Belle is the international bestselling author of five novels of suspense. Her third, The Marriage Lie, was a semifinalist in the 2017 Goodreads Choice Awards for Best Mystery & Thriller and has been translated into ten languages. A graduate of Agnes Scott College, Kimberly worked in marketing and nonprofit fundraising before turning to writing fiction. 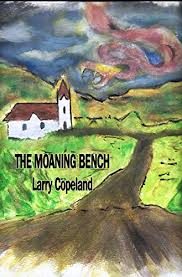 The Moaning Bench by Larry Copeland

As a journalist for USA Today, The Philadelphia Inquirer, and The Atlanta Journal-Constitution, Larry Copeland reported on gang violence, Middle East war zones, the attacks on 9/11, the Oklahoma City federal building bombing, Hurricane Katrina, and many more stories. After 35 years as a newspaper reporter and a cabinet full of awards, he wrote The Moaning Bench, a murder mystery set in Georgia in 1980. 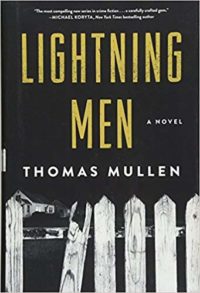 Thomas Mullen is the author of Darktown, an NPR Best Book of the Year, which has been shortlisted for the Los Angeles Times Book Prize, the Southern Book Prize, the Indies Choice Book Award, and has been nominated for two CWA Dagger Awards; The Last Town on Earth, which was named Best Debut Novel of 2006 by USA Today, and was awarded the James Fenimore Cooper Prize for excellence in historical fiction; The Many Deaths of the Firefly Brothers; and The Revisionists. His next novel, Lightning Men, which follows the characters from Darktown two years later, was named one of the Top 10 Crime Novels of 2017 by The New York Times Book Review. 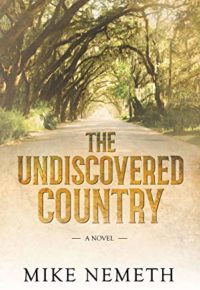 The Undiscovered Country by Mike Nemeth

The Amazon bestseller Defiled and award-winning The Undiscovered Country are the first two installments of the Randle Marks Redemption Trilogy, which is a candy-coated prescription for America’s social ills, disguised as a series of crime fiction thrillers. A Vietnam-era Army veteran, he raised a daughter as a single parent while pursuing a career in high technology. In addition to his two novels, Mike has published two nonfiction works about sports: 128 Billion to 1, why no one can predict the outcome of the NCAA Basketball Tournament; and Lies, Damned Lies and Statistics, why the selection committee always chooses the wrong teams to play the college football National Championship. 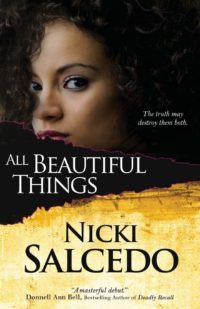 All Beautiful Things by Nicki Salcedo

Nicki Salcedo is an Atlanta native and graduate of Stanford University. Her romantic suspense novel All Beautiful Things earned her the Maggie Award of Excellence and a Golden Heart nomination. She writes weekly columns for the Atlanta-based news sites Decaturish.com and AtlantaLoop.com. With two published essay collections, she writes about life in the South and beyond. She has appeared at the Decatur Book Festival, Georgia Center for the Book, and on the radio with GBP’s On Second Thought. She’s also taken the stage as part of the Listen to Your Mother and Write Club Atlanta. 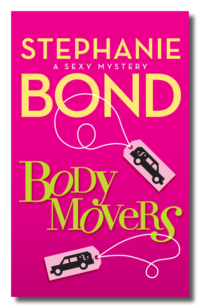 The first book in a hilarious series. These self-proclaimed sexy mysteries follow Carlotta Wren, a body mover for a morgue and the daughter of fugitives. Carlotta is as funny a character as you’ll find, and the books pile on bodies, love interests, and twists galore. 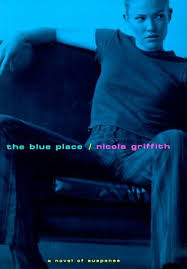 The Blue Place by Nicola Griffith

This one can be a little hard to find, but it is all kinds of badass. The first part of a trilogy, it centers around a former Atlanta cop and reads like Norwegian noir. But it came out in the late ’90s, so, you know, before that was such a thing. This is a writer of a lesbian character who never sinks to using lesbian as a personality. Aud Torvingen has depth and darkness and you will love to watch her right up until she makes you flinch. And you will flinch.