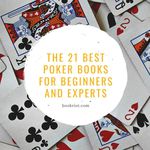 The game of poker combines skill and strategy with a little luck. Since its introduction into U.S. culture, poker has continued to gain popularity. The game has gone from recreational activity at Wild West saloons to spawning professionals who compete in million-dollar tournaments. Whether you are looking to learn the tricks of the trade, wanting to improve your technique, or just need a good story centered around the game itself, we have the best poker books for your learning needs and reading enjoyment.

I would be remiss not to highlight the overabundance of books about poker written by white men. Although this list of poker books includes both women and people of color, most of the women are white, and most of the people of color are men. I look forward to a time when our next curation of the best poker books better reflects society. 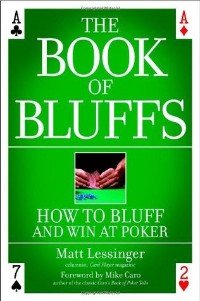 The Book of Bluffs: How to Bluff and Win at Poker by Matt Lessinger

Expert poker player and columnist for Card Player, Matt Lessinger, gives the ins and outs of mastering the art of bluffing in order to win big at the poker table. No matter your experience level, Lessinger’s tips and tricks will help you bluff your way to a win.

The key to becoming a great poker player is knowing how to make the best decisions for your hand. Decide to Play Great Poker shows how to use influential factors on a poker game to your advantage. After reading this book, expertly navigate any challenge at the poker table and to reap the rewards.

How To Be A Poker Player: The Philosophy of Poker by Haseeb Qureshi

Qureshi’s How to be a Poker Player is unlike most strategy guides with its philosophical approach to the game. Readers will think about poker on a more spiritual and personal level. One may be skeptical of reading a book from a poker player who left the world of poker after being involved in a cheating scandal, but that would mean missing out on valuable information that makes one think of poker in a different way in order to help improve those poker skills. 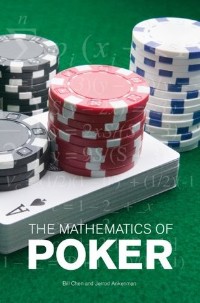 The Mathematics of Poker by Bill Chen and Jerrod Ankenman

The Mathematics of Poker may not seem like the easiest read at first glance. Almost every page filled with equations, graphs, and charts. However, readers should not be discouraged from this potentially game changing read! Chen and Ankenman provide digestible explanations that make the otherwise difficult topic of game theory easy to understand for readers without a strong mathematical background.

Take a deep dive into the psychology of poker because the mental game may be more important to the poker than it is in other forms of competition. Hundreds of poker players have turned to mental game coach Jared Tendler to improve their play. The Mental Game of Poker brings Tendler’s revolutionary techniques to the masses. 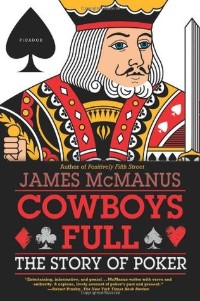 Cowboys Full: The Story of Poker by James McManus

“Cowboys Full” refers not only to the poker hand of three kings plus another pair of cards, but it also refers to how the game of poker flourished in the western United States. MacManus’s Cowboys Full tells the history of poker from its roots in China, the Middle East, and Europe to its explosion as a global phenomenon with a remarkable hold on American culture.

Gardena Poker Clubs provides the perfect mixture of history and biography as it chronicles the rise of the poker clubs in the 1930s Gardena, when it was the only city in the greater Los Angeles area with legal card games, to their demise in the late 1980s as bigger and newer clubs came to town.

Although the book should not be considered an exhaustive history of poker, Ghosts at the Table is considered the definitive history of poker among many poker enthusiasts. World renowned poker personality Des Wilson traces poker’s Wild West origins in Deadwood, South Dakota, to its culture dominance at the annual World Series of Poker in modern-day Las Vegas with all the unforgettable characters who helped poker become one of the most popular games in the world. 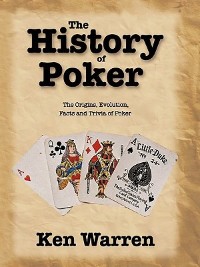 The History of Poker: The Origins, Evolution, Facts and Trivia of Poker by Ken Warren

Within The History of Poker, find a book that can be equally enjoyed by a casual poker enthusiast, a poker historian, and a trivia buff! The book is written chronologically using a timeline format to show the subtle changes to the original rendition of Whiskey Poker in the 1820s to the poker game of today that we all know and love. Readers will also find interesting facts that will no doubt make you the ringer at the next pub trivia night.

Enjoy a crash course in Dr. Harris’s American Studies course Poker in American Film and Culture with Poker and Pop Culture with stories like “Poker on the Mississippi,” “Poker in the White House,” or “Poker on the Computer” that chronicle poker from its humble beginnings on 19th-century steamboats and saloons to its rise on the internet with virtual poker tables.

Poker Faces: The Life and Work of Professional Card Players by David Hayano

If you read Gardena Poker Clubs, consider this book the perfect companion read to complete the story. Anthropology professor David Hayano spent over 10,000 hours at the Gardena poker clubs of the 1970s and ’80s to complete the only ethnography of a poker room. While other poker books focus on the winners who take home millions, Poker Faces reveals the fascinating underbelly of poker’s dysfunctional culture where only a few are true winners and most are everyday people who bust and burn. 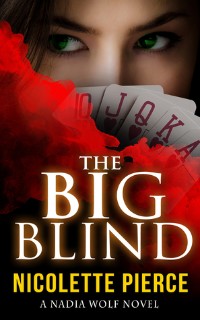 The Big Blind by Nicolette Pierce

Fans of Janet Evanovich will enjoy this fast paced and hilarious adventure in the first book of the Nadia Wolf series. Nadia Wolf wants to win the World Poker Tournament and collect the $1 million prize. However, the tournament goes awry when the prize money disappears. Nadia must team up with Greyson Miller, CEO of the Lost City Casino, to find the missing money. Can Nadia keep her head in the game and resist the alluring charms of the sinfully handsome Greyson?

In one of Publishers Weekly Top 10 Mysteries of Spring 2019, Hitchcock brings a delicious tale of sweet revenge inspired by Hitchcock’s new found passion for poker and the financial fleecing of her mother. Former socialite and avid poker player Maude Warner shoots Sun Sunderland and ignites a high-stakes plan of revenge.

In this second book of the Clare Vengel Undercover Mysteries, rookie Toronto cop Clare Vengel is the Royal Canadian Mounted Police’s last hope to find serial killer the “Poker Choker.” Clare must go undercover as wealthy trust fund heiress Tiffany James and find the killer before she becomes the next victim. 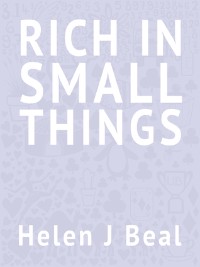 After an unlucky hand at an underground poker, Melissa is in debt with the Ukranian mob. Unable to pay due to sudden unemployment, she escapes to her grandmother’s flat. There, she reunites with former schoolmate Julia. Together, Melissa and Julia enter the Ulaanbaatar Cup in pursuit of a £1 million cash prize. 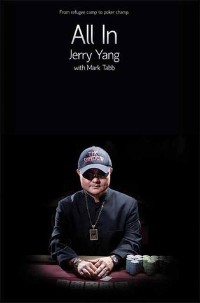 All In by Jerry Yang

After only playing poker for a few years, Jerry Yang bested the world’s best poker players. In 2007, Yang became the World Series of Poker champion. All In chronicles the life of an unlikely poker champion. The story alternates between Yang’s difficult childhood in Laos and his life in America as a refugee. Readers will be enthralled by an intriguing character and his rags to riches story.

For Richer, For Poorer: Confessions of a Player by Victoria Coren

In her much anticipated memoir, Victoria Coren details her 20 year obsession with the game of poker. Coren started playing in the underground culture of illegal cash games. In September 2006, Coren  won $1 million on the European Poker Tour.

Lady Was A Gambler: True Stories of Notorious Women of the Old West by Chris Enns

If you think poker and gambling is a man’s game, then think again friend. Chris Enns shares the tales of the women who thrived against the ruthless and dangerous men of the Old West. Among the notorious women profiled are Carlotta Thompkins, aka Lottie Deno, and Alice “Poker Alice” Ivers. Lottie was the most famous poker player in late 1800s Texas. Alice turned to poker to support herself financially after the death of her first husband. 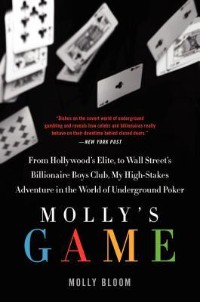 Molly’s Game: The True Story of the 26-Year-Old Woman Behind the Most Exclusive, High-Stakes Underground Poker Game in the World by Molly Bloom

Before Molly’s Game became another Hollywood adaptation, it was the unbelievable true story of Molly Bloom who went from training as a skier for the Olympic games to running high-stakes underground poker games for celebrities, sports stars, and wealthy businessmen.

You may best know Pulitzer Prize-winning author Colson Whitehead from The Underground Railroad and The Nickel Boys, but learn more about the genius behind great American fiction in his hilarious memoir self-described as “Eat Pray Love for depressed shut-ins” when Whitehead chronicled his progress toward the World Series of Poker for a Grantland feature.