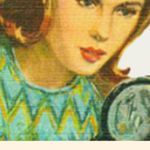 Who really wrote the Nancy Drew books? A recent article about the CW series referred to Carolyn Keene as the original Nancy Drew author and stated that Harriet Stratemeyer Adams later rewrote some of the novels. This is close to the truth, but not the whole story by a long shot. Let’s talk about the real Nancy Drew author(s).

Who Is Nancy Drew? 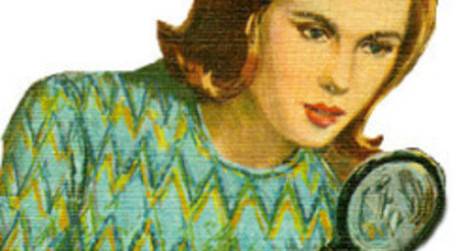 Nancy Drew is a fictional “girl detective,” and one of the first, at that. Over the course of a 175-book series published over 73 years (from 1930 to 2003, with assorted spin-off series totaling 328 books continuing to the present day, not including comics), Nancy solved mysteries in and around her small hometown of River Heights, sometimes working with her lawyer father, Carson Drew, and almost always assisted by her best friends, Bess Marvin and George Fayne.

Who Was Carolyn Keene?

Carolyn Keene did not exist. The name is a pen name that was used for the series, which was written entirely by ghostwriters.

So Who Wrote the Nancy Drew Books?

Stratemeyer developed the series concepts and wrote detailed outlines of the books before handing them off to a ghostwriter, who wrote to his specifications, which were often exacting.

Incidentally, Stratemeyer’s secretary, Harriet Otis Smith, worked closely with him and later with Harriet and Edna, and helped to develop the series, including creating the characters Bess and George. (Please note that where I refer to “Harriet” in this article, I am referring to Stratemeyer Adams, not Otis Smith.) 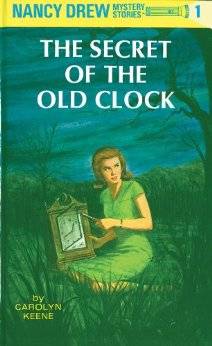 Mildred Wirt Benson (July 10, 1905–May 28, 2002) was the original Carolyn Keene, and eventually wrote 23 of the original Nancy Drew series, beginning with the very first, The Secret of the Old Clock. She is the person who really set the voice of the Nancy Drew books, and in my mind is the Nancy Drew author. (She also wrote other Stratemeyer Syndicate series, including The Dana Girls, also by Carolyn Keene.)

Mildred initially earned $125 per book, later taking pay cuts. Her contract prohibited her from acknowledging that she wrote the books, and all royalties went to the Stratemeyer Syndicate. She eventually identified herself as (one) Carolyn Keene in the 1980 publishing lawsuit mentioned above, in which she testified. In 2001 she was given a special Edgar Award for her contributions to the mystery genre.

While there were a handful of other ghostwriters, the second Nancy Drew author you need to know about was Harriet Stratemeyer Adams (December 12, 1892–March 27, 1982) herself. She wrote the outlines for the majority of the books and took over primary authorship of the series in the 1950s. Harriet wrote 26 of the Nancy Drew books and rewrote an additional eight. Mildred may have created the Nancy Drew voice, but Harriet refined and ultimately defined it.

After the series moved from Grosset & Dunlap to Simon & Schuster, a new crop of authors came in. These authors included Nancy Axelrad, Sharon Wagner, and James Duncan Lawrence. After Simon & Schuster purchased the Stratemeyer Syndicate in 1985, authorship is less well known. Carol Groman, Ellen Steiber, and Alison Hart each wrote several Nancy Drews in the 1980s and ’90s. George Edward Stanley appears to have been the final author on the main series.

Why Are There Different Versions of Nancy Drew Books?

Who Wrote The Hardy Boys?

The Hardy Boys were also created by Edward Stratemeyer, a few years before Nancy Drew. Their popularity likely led to Nancy’s creation. After Simon & Schuster took over publication of both series, the three sleuths had their first crossover, in 1981’s Nancy Drew and the Hardy Boys: Super Sleuths.

The publication of the Hardy Boys books followed much the same process as would be used for Nancy Drew, and the majority of the original Hardy Boys books were ghostwritten by Leslie McFarlane.

This article relied heavily on material in the wonderful book Girl Sleuth: Nancy Drew and the Women Who Created Her by Melanie Rehak. I strongly recommend purchasing this book—or borrowing it from your library—to get the full story, as well as Rehak’s thorough bibliography.

I also strongly recommend looking through the sources listed on the Nancy Drew wikipedia page.

As a young reader, I absolutely adored Nancy Drew, the intrepid sixteen-year-old high school graduate who solved mysteries. My friends and I all wanted to be more like Nancy: smart, brave, and independent. (In particular, I admired the way she would sometimes do her detective work wearing sensible pants.)⁣ ⁣ That's why I was absolutely delighted to come face-to-face with one of my old Nancy Drew mysteries—The Hidden Window Mystery—while in my hometown of Park Ridge, Illinois last week. It had been donated to my old school's used book sale, and enjoyed by another local family, the Machons, who noticed that I'd signed my name on the inside cover.⁣ ⁣ Nancy Drew was the first literary hero that I shared with both my mother, Dorothy, and my daughter, Chelsea. She's one of the heroes we write about in "The Book of Gutsy Women." I love that we shared her with the Machons and countless other families, too.⁣ ⁣ #GutsyWomen

Why We Need Nancy Drew Right Now by Nicole Mulhausen

A Guide to Nancy Drew Read-alikes by Kathleen Keenan

Which Nancy Drew PC Game is for You? by Eileen Gonzalez

And check out Nancy Drew swag in the Book Riot store!