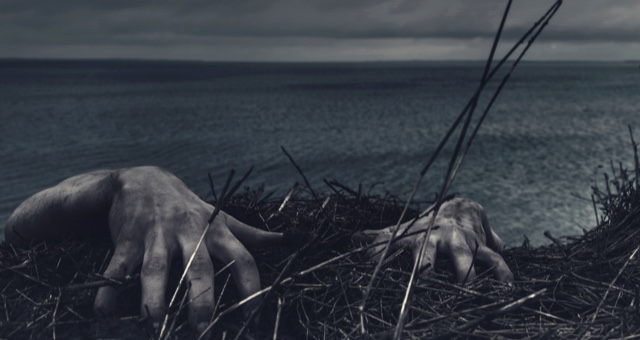 One of my favorite books released this year has the perfect line in regards to romance and monsters. Jennifer Giesbrecht writes in her novella The Monster of Elendhaven:

“Monster was the best, his favourite word. The first half was a kiss, the second a hiss.”

Lately there’s been an increased interest in—or at the very least a call for—more niche books of cosmic horror and dark fantasy. There’s always been a hyper curiosity for monsters and their makers, going back to Mary Shelley’s Frankenstein, but I’ve noticed, in addition to aforementioned genres, there’s also a great interest in the added romantic element: monsters in love.

Given, I think the interest has always been there, especially in fan fiction. But now these stories are making their way onto the shelves, proud and glowing in all their sultry, monstrous glory. 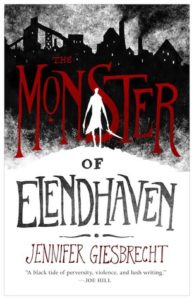 Monsters We Love to Love

Horror, both in books and cinema, often acts as a foil for the present world, and for the underlying fears running in it. We’re interested in monsters because 1) we like to see monsters vanquished; 2) we hope to find goodness or sympathy at the source; or 3) we hope that the monster will end up choosing good (given, “good” is a large umbrella term and there are many perspectives on what “good” is). For some, there’s another reason entirely, opposite and provocative, which I find the most interesting: monsters who embrace being the monster.

Monsters—especially proud, self-proclaimed monsters like Johann in The Monster of Elendhaven—are alluring because they’re often the truest characters. Denial is not in their repertoire, nor are any notions of the benefit of the doubt. Some of the most notable monsters in literature accept their monster moniker. With that acceptance comes transcendence. I’m reminded of another line, from Leigh Bardugo’s King of Scars, where Nikolas says “I am the monster and the monster is me.” Sometimes the best parts of a book, the really juicy shit, come after such a line.

In examples that I’ll touch on, that transcendence and self-acceptance gives way for the heart to want. NOT to necessarily turn all cuddly, perfect, and morally good but, at least, to love in whatever way the monster can.

As we are taking about monsters, dark fantasy, and horror, the below examples include a multitude of violence and gore, and since we are discussing romance with monsters, some of the relationships are quite toxic. Content warnings include: murder, self-harm, physical and verbal abuse, torture, scenes of war, body horror, and illness/plague.

For all the griminess, the oily setting, and night-kissed revenge in The Monster of Elendhaven, the book also touches on adorability.

While skipping and knifing along the streets, Johann discovers that a young noble named Florian is a sorcerer. In addition to fiendish evil schemes, troubled pasts, and epic revenge, romance and sexual tension ensues.

Johann, who washes up on the beach as a child and grows up to be the stealthiest, most ruthless, and gleefully flirtatious monster in all of Elendhaven, likes the word “adorable,” which clashes against everything else in the story, but in the best possible way. Johann finds Florian adorable (seriously he uses the term “adorable” on multiple occasions) in his primness, the way he dresses, and the way he nervously scoffs at Johann’s epic lack of murderous finesse. Florian isn’t afraid of Johann as one should fear a monster; he finds him flustering and, despite himself, equally alluring. Johann gravitates toward Florian, and the ending packs a punch that both left me fearing for Elendhaven’s future and all the innocent the people in it, while simultaneously using Johann’s word to describe his and Florian’s torrid relationship: adorable. 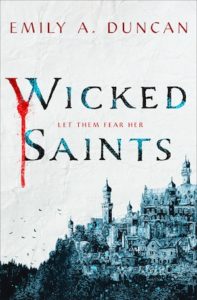 One popular romance trope is enemies to lovers, which often includes the ever-popular antihero. But what about enemies to lovers with a villain? And to take it step further, a villain who does not change morals or sides for the sake of love?  Wicked Saints by Emily S. Duncan empties the bottle of villain into her cosmic horror fantasy, with the central slow-burn romance revolving around a gods-chosen cleric and a boy who has (literal) monstrous tendencies.

Nadezhda Lapteva, or Nadya, is a powerful cleric in Kalyazin. She feels she’s been chosen by her gods and her people to save the country from the war with Tranavia, a country filled with blood mages, which her people find heretical and blasphemous. So of course it’s a *chef’s kiss* move by Duncan to have Nadya meet Malachiasz, a Tranavian blood mage. Malachiasz is not just powerful, he’s the most powerful. Plus, he’s willing to have anything and everything drown in blood (again probably literally) to get what he wants. Malachiasz freely accepts his monster moniker, and in fact, seeks to plunge further down that rabbit hole. He seeks a very different kind of transcendence, and it’s on the opposite side of anything good. Nadya knows this:

“Anyone, anyone but him. Anyone but the enemy boy who had tormented her people, who was faithless, godless, monstrous.”

Amidst all the theology, magic, and cosmic horror in this book, the romance is quite unlike anything I’ve ever read. Additionally, if you liked Wicked Saints and you want more of everything, the sequel Ruthless Gods—releasing spring 2020—takes the monstrous romance to whole new what-the-actual-fuck heights. Get ready. 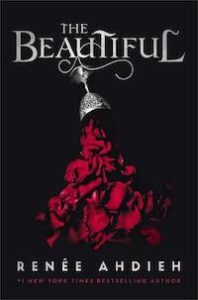 Romance and Monsters: Love and The Damned

Renée Ahdieh’s The Beautiful book is different from the above examples, a slight exception. However, with what I’ve gathered from The Beautiful, the upcoming sequel, The Damned, will likely hit that delicious monster-in-love trope right on the nail.

Ahdieh has said that this novel is a way of tribute to Anne Rice. It takes place in 1872 New Orleans, and it certainly asks the right questions. I mean, what is An Interview with the Vampire without the questions of what makes a monster, and what is a monster who loves? Ahdieh explores these questions in all their lush, bloody, and gritty glory in The Beautiful, and then takes the romantic level and turns it up to 10.

The protagonist, Celine Rousseau, is on the run from her past, torn between survival and guilt over a violent event. Celine is both frightened and intrigued by her attraction to power, of feeling so damn alive in moments of shock and fear. So of course she’s attracted to Sébastien Saint Germain, a veritable prince of the New Orleans underworld.  In various scenes, Bastien revels in a world of monsters and the monstrous. Yet he’s also constantly checking (both literally and figuratively) when and whether he’ll become one himself.

“Demons. Creatures of blood and darkness.

Bastien’s family, for better or for worse.”

In addition to the main romance, there are other characters, including a mysterious narrator sprinkled in chapters throughout the book, who are monsters and who take revenge in a multitude of heinous ways. Many of the choices made in this book—however terrible—come from a core act of love. At the ending takes that acceptance of the monster, the transcendence, to that next level.

The above examples are books of monsters, love, and all the grey areas in between. These books certainly do not promise happy endings for the monsters and those they love and who love them in return. These are no happily-ever-after books, but rather explorations of the depraved, morally ambiguous characters who litter the world and still find time to want, to lust, and to love. These are not books where the monster turns away from their world and choices. You will not find repentance here.

Quite the opposite, in fact.

And while the above books have monsters and romance on the page, they are not labeled as strictly horror romance books. If you’re seeking more on that variety, I highly recommend this amazing list of horror romance books. As Jessica Pryde mentioned in her article, there is a significant lack of horror romance books by authors of color. That rings true in this exploration as well. If you have more examples, either short stories or novels, please put them forth on social media.

And finally, as I’ve said above, read what you are comfortable with. If you are as intrigued by I am by these masterful authors and their portrayal of these night-kissed characters, I hope you will enjoy your descent down the rabbit hole as much as I have. May it start with a kiss and end in a hiss.