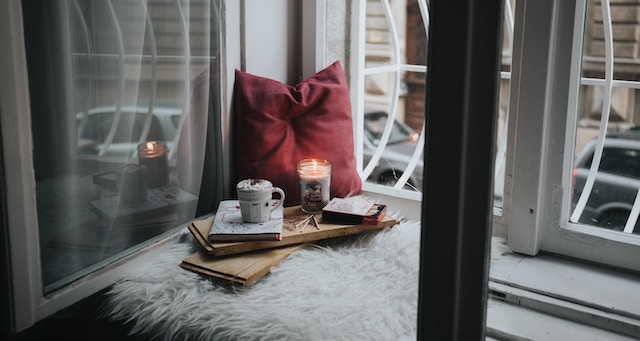 Coffee, tea, hot cocoa, cider…there are so many options for cold weather beverages and the time is swift approaching when if you sit down with a book, you’ll want one of them to accompany you on your cozy, spooky retreat. And sure, you could drink out of any old mug, but why would you when you have the option of matching book and beverage holder, especially in this, the most atmospheric, and dramatic, season of the year?

Check out these amazing options for completing your retreat from reality: 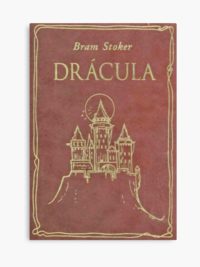 Yes, it’s dated, I know, but it’s also a classic and contains everything needed for a heady, Halloween tale: an ancient evil, succubi, a cursed hero, a doomed beauty, and bats. And admit it. you’ve looked over your shoulder upon hearing an unexpected noise while you were reading Dracula in a supposedly empty house too.

There’s something fundamentally terrifying about Stoker’s emperor of the undead, no matter what it is that makes the hair on the back of your neck stand up. For me, it’s his patience. His willingness to wait centuries to get what he wants (and he would have gotten away with it it if it wasn’t for those damn Harkers…), his quiet, focused, implacable will.

Oh, and also the fact he can turn into a bat. Bats aren’t critters that normally scare me but when you remember that time your husband asked, “Why did you just hit me in the face?” and you say, “I didn’t,” and you turn the lights on and there’s some big old thing flapping around near the ceiling, well…

The good news is, this bat teacup will add to the mood without making your shriek in fear which is not something I’ve ever done upon unexpectedly encountering a flying rodent (it totally is) and it goes nicely with the spooktacular powers of our titular character. 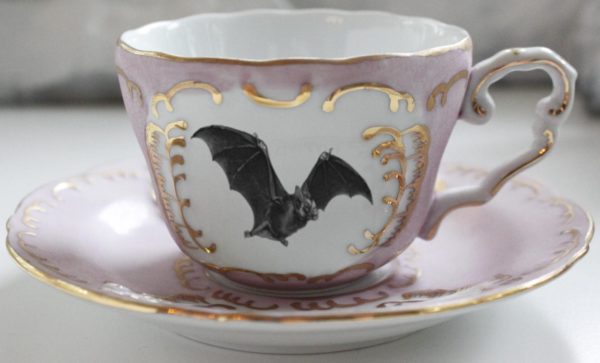 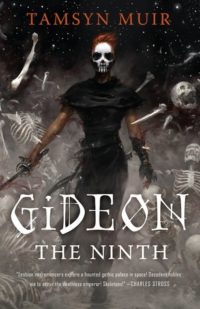 Have I raved about this book enough? Never. A spectacularly successful blending of sci-fi and fantasy, everyone in this book is a necromancer or serves a necromancer or has been resurrected by a necromancer. So much necromancy. So many different kinds of necromancy, though my favorite is the bone magic of the Ninth House, from which the Gideon and her mistress Harrowhawk hail; Harrow can raise entire skeletons from single bones and command them to do her bidding and Gideon is her (reluctant) Cavalier and champion. And if that weren’t deliciously creepy enough, the ladies of the Ninth House, whose duty it is to protect the Locked Tomb, containing a being of unimaginable power, dress the part in all kind of black, bone corsets, and facepaint reminiscent of skulls. Perfect for the upcoming All Hallows Eve when all kinds of creatures, including sentient skeletons, are said to wander free.

While the Ninth House isn’t subtle, they are definitely into everything dark and disturbing, which makes this black on black number the perfect accompaniment for your journey to Canaan House. 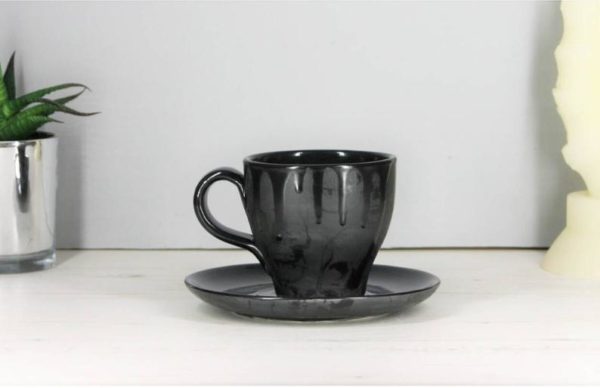 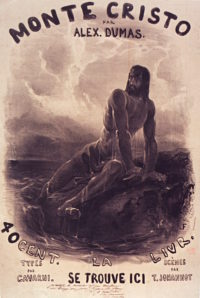 There’s something autumnal about revenge, especially revenge for which one has waited so patiently, about deception that leads to decisions that lead to betrayal. Perhaps it’s the idea of settling our bodies in for the winter that sends our brains reaching for intricate plots and battles between good and evil in which there isn’t a clear “right” or “wrong.” Or maybe the encroaching darkness simply calls for more intrigue than the bright, warm days of summer. Regardless, The Count of Monte Cristo is one of the finest examples of its genre and I never tire of it.

Before Edmund Dantés was falsely accused of treason by his romantic rival for the hand of Mercedes, he was first mate aboard the Pharaon and it only seems right for you to cast discerning glances about you while gathering data on your own rivals over the rim nautically themed dishware. 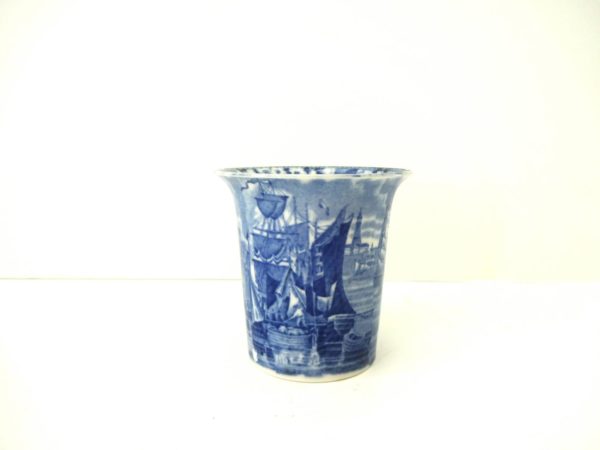 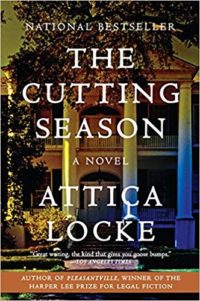 Karen is haunted: by the specter of her past, by stories of her ancestors, by her 9-year-old daughter’s odd behavior, by the woman found murdered on the plantation’s grounds, and by the mystery of a slave gone missing over 100 years prior. While she struggles to keep the grand historical site, about to be sold out from under her, afloat, Karen must face all the other ghosts and specters who force their way into her life.

An important part of this story is the false gentility of the Antebellum South, the contrast between those who lived in “the big house” and the slave quarters. The way in which, even in the 21st century, there is still a gaping divide in parts of the South and the ugly truth is swept under thick, rich carpets. This rose skull teacup from AngiolettiDesigns (Etsy) provides a similarly striking contrast between the delicate, pastel curves of the china and the sharp, stark lines of the skull, death not even a spray of roses can disguise. 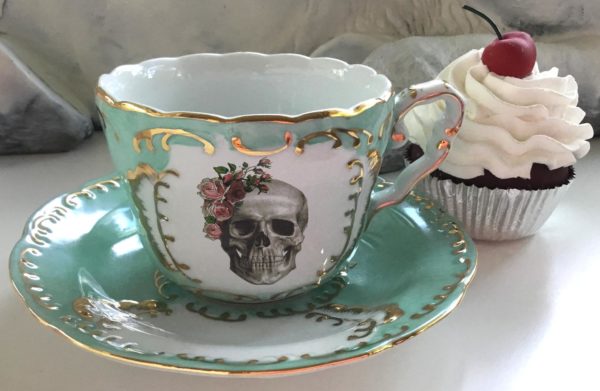 The Secret Poisoner: A Century of Murder by Linda Stratmann 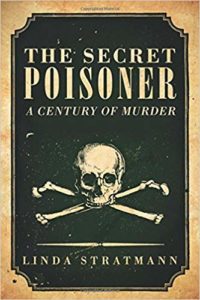 One for the nonfiction crew! As far back as there have been people, there has been fear of poisoning. In many cases, that fear was unfounded but in some…well, there’s a reason royalty had tasters (though the assumption that all poisons would take effect within a few minutes was optimistic at best). In the Victorian era, that fear spread to the general populace who, both horrified and fascinated, as is often the case, became obsessed with the idea of a “secretive, homicidal prisoners believed to be lurking” everywhere. While reports of Victorian poisoners were greatly exaggerated, law enforcement did find itself up against some diabolical folks, their duels of wits prompting the development of both forensic toxicology and deadlier poisons. Stratmann explores these developments using actual case studies and forensic reports from the period in question.

I think this tea cup speak for itself. 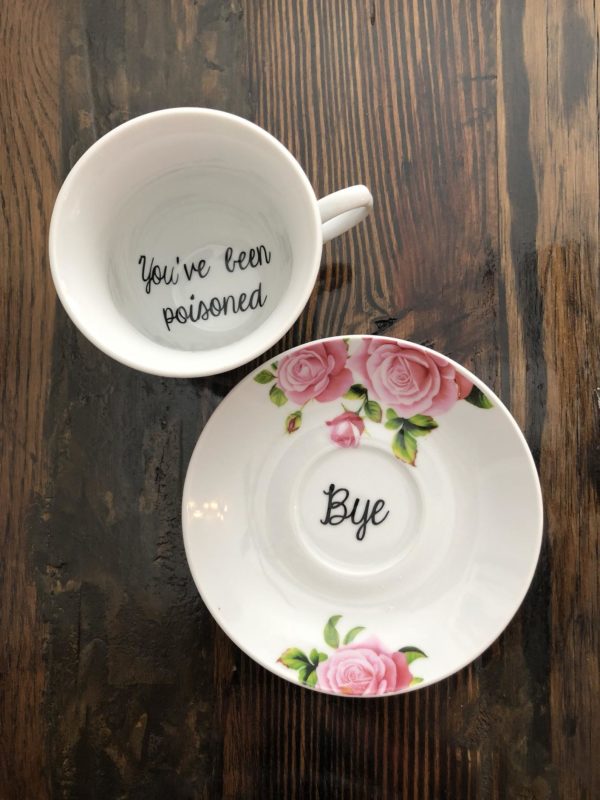 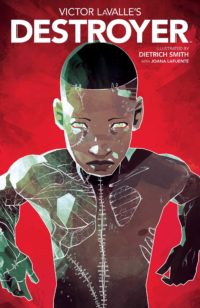 Once upon a time, Frankenstein’s monster wanted nothing more than companionship. By 2017, however, he knows he will never be loved or even included and has decided to purge Earth of humanity as The Destroyer. Enter Doctor Baker, a descendent of the original doctor, who will do whatever the monster wants so long as he helps her save her young son, killed in an encounter with the police.

This book is so, so good. And so true to the pathos of Frankenstein while also existing as an innovative story that’s as true to our timeline as Shelly’s was to her own. 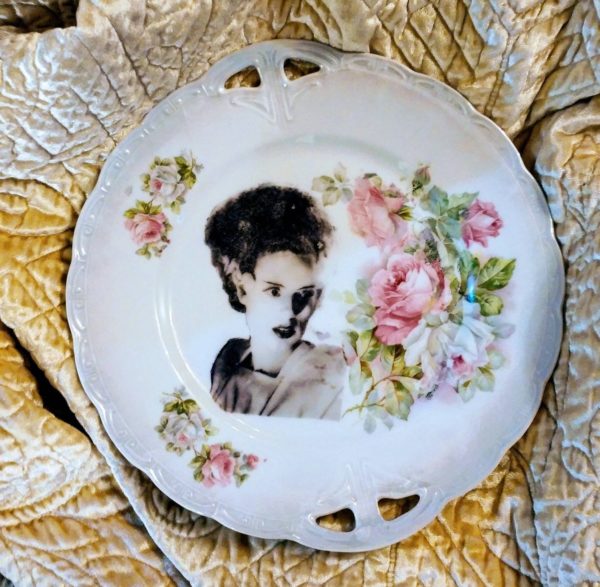 A lot of Etsy shops also do custom work so if there’s a specific pairing you want (or need) poke around and you’re sure to find someone who can make you exactly what you want. In the mean time, enjoy the season and your well accessorized writing retreats.