The signs were all there. I wasn’t feeling “touched” by novels described as “touching” anymore. I could no longer picture myself in most of the characters’ shoes, and I could no longer relate to their problems. Not to mention I spent most of my reading time groaning at the turn of every page saying, “OK, take it down a notch. You’re 16. Wait until you get real problems.”

The fact that I continued to read YA well beyond being in the acceptable age category (they say 12–18-year-olds are generally the target audience) can’t exactly be considered odd, since according to The Atlantic, half of YA readers are fully grown adults. While there are several schools of thought on why readers continue to enjoy fiction aimed at teenagers well into adulthood, it was a bit of a backward experience for me: I only started reading YA when I was about 17. 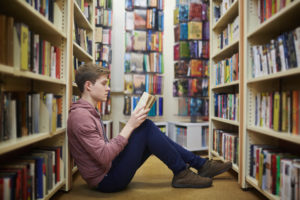 Growing up, I substituted books for friends. I learned very early on that the fact that I had a reading level way above my age bracket made me the opposite of cool at school, so I embraced being a misfit and purposely read books of which I was not the target audience. When everyone else my age was gushing over The Fault in Our Stars, I was tearing through John Grisham legal thrillers. Fourteen-year-old me was too busy with The Girl with the Dragon Tattoo to care at all about Paper Towns. I had falsely interpreted my inability to fit in as thinking I was above being interested in books for people my own age. But I eventually learned that the very genre I had been avoiding, YA, was probably what I had really needed all along. I was just a bit late in figuring that out.

By the time I reached college, YA was my lifeline. Struggling with anxiety, OCD, and a schedule I couldn’t control, YA books were often the only narratives where I felt understood. Tell the Wolves I’m Home and Love Letters to the Dead punched me in the heart. Soon thereafter, YA books also became the only place where I could find accurate and pleasant depictions of gay life, and even now, YA remains one of the only backdrops where I can find relatable narratives as a gay man—The Great American Whatever, History is All You Left Me, and You Know Me Well were particular highlights. But as much as I can control my reading choices, there’s one thing I can’t control: growing up.

As I reached my early twenties, YA wasn’t bringing me the same level of comfort and appreciation as it once did. Titles still jumped out at me, but my heart wasn’t jumping back. My attention had been taken more by memoirs and nonfiction books, which I suppose is truly a sign of getting older. But I realized that it wasn’t only the fact that I was outgrowing YA in terms of age, considering that the genre is equally popular among adults. I realized that my newfound inability to find comfort or understanding in YA books was that by growing older, I had begun to let go of many of the anxieties associated with youth—most of which are constantly portrayed in the genre. 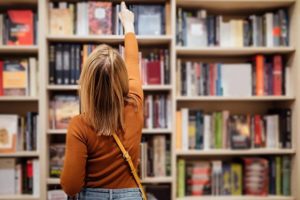 I think the reason I continued to find satisfaction with YA books until my twenties was because I hadn’t truly let go of any of the anxieties from my youth: I still held them dear like a security blanket that eventually started to crush me. And letting go of that security blanket meant I could only move forward, I couldn’t go back. I can’t return to my childhood, and I can’t make myself relate to the youthful problems of fictional characters when those youthful problems don’t affect me anymore—especially because when they did affect me, I was in a very bad headspace at which the very thought of going back makes me shudder.

Even books like The Perks of Being a Wallflower, which once brought me comfort in dark times, no longer resonate with me as much. I’ve moved on to a different stage of life, and I refuse to turn back around. In other words, I would sooner eat a bowl of nails than be 17 again, with all the achingly awkward anxieties associated with being that age. I’m not in that place anymore. And honestly? Thank god. I was hard enough on myself as a teenager that I don’t need to carry the same worries into my twenties and thirties. That being said, will I still turn my head when a new YA book intrigues me on my Goodreads feed? Of course. I’m only human.

Sign up for What's Up In YA? to receive all things young adult literature.
Thank you for signing up! Keep an eye on your inbox.
By signing up you agree to our Terms of Service
#Our Reading Lives#Young Adult Literature#john green#tell the wolves i'm home#the perks of being a wallflower#YA#young adult fiction