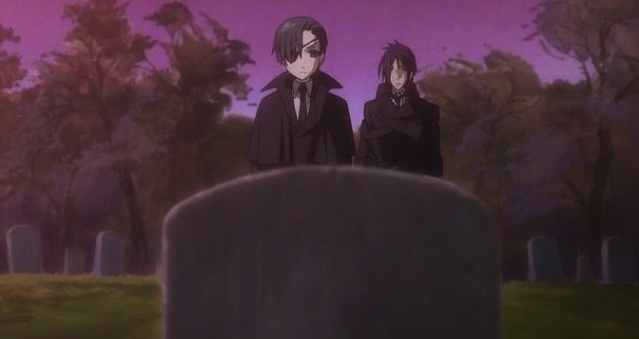 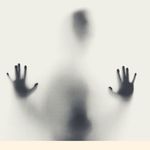 Do you like ghosts, demons, witches, and psychics? If you do, you should pick up a manga! Japanese folklore delves into all corners of the paranormal, which is reflected in its supernatural manga.

Supernatural manga spans many genres, ranging from action adventure, terrifying horror, and even romance. I’ve included a little bit of everything in this list so hopefully you’ll find something you like. Don’t worry. It’s not all horror meant to keep you up at night. (But if you’re into that sort of thing, here’s a list of horror manga.)

CLAMP has created many manga series over the years—some finished, some not—but the stylish xxxHolic remains one of my favorites. I am forever jealous of Yuko’s amazing wardrobe. The manga follows Watanuki, a high school student with the ability to see spirits. When he stumbles across Yuko’s magical shop, he agrees to become her employee in exchange for taking away his supernatural talent.

Chise Hatori’s entire life has been filled with neglect and abuse. Even her own family has ostracized her. In a desperate attempt to find a new home, she auctions herself off to the highest bidder. The person who buys her? A powerful magus who looks more monster than human. Elias, the magus, intends for Chise to become his apprentice and future bride. It turns out Chise can interact with the supernatural world and has the potential to wield powerful magic.

Takashi Natsume, in what is absolutely a popular supernatural manga trope, can see spirits. And along those same lines, it brings him nothing but sorrow. His grandmother had the same ability and after her death, he inherits her “Book of Friends,” in which she collected the names of spirits she bullied into submission. Everyone needs a hobby, I guess. Unfortunately, this makes Takashi a huge target in the supernatural world because many spirits are justifiably upset. 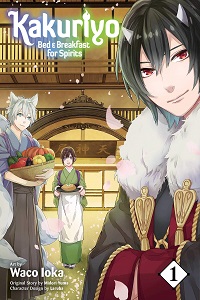 Aoi inherited the ability to see spirits from her grandfather. One day, she helps a hungry spirit by giving him food. He repays her kindness by kidnapping her and taking her to the spirit world. There, he tells Aoi that her grandfather owes him a debt and she must marry him to repay it. Refusing to accept that nonsense, she convinces him to let her work at his inn instead.

Although the whitewashed Netflix adaptation lives in infamy forever, the original manga is still worth checking out. It tells the story of a brilliant high school student named Light Yagami who finds a notebook capable of killing anyone provided the owner knows the target’s name and face. While Light’s intentions start out good—he wants to create a world free of crime—things quickly go awry. The road to hell is paved with good intentions and all that.

Hiyori’s life changes after she gets into an accident. Some people have near-death experiments. Hiyori, on the other hand, finds her soul leaving her body on a regular basis. This newfound ability allows her to see the supernatural world in addition to our own. As a result, she crosses paths with Yato, a mysterious nameless god, who agrees to help her fix her little problem. 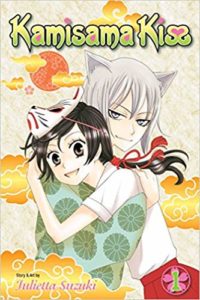 Nanami just wants to live a normal life, but not only does her deadbeat father accumulate a ton of gambling debt, he abandons her to deal with the fallout. After she ends up homeless, she helps a mysterious man who rewards her with his home. Nice thought in theory, except this gift doesn’t come without strings. It turns out the mysterious man was a god, his home is a shrine, and Nanami has been tricked into taking his place.

Mushishi follows a man who travels Japan, researching supernatural creatures known as Mushi and helping people afflicted by their presence. If you want a soothing, mellow read, this is the supernatural manga for you.

Set in Victorian England, young Ciel Phantomhive carries on the family tradition of serving as the Queen’s Watchdog, dealing with cases involving the criminal underworld. But Ciel has a dark secret. He has made a pact with a demon, who masquerades as his dependable butler Sebastian Michaelis, to destroy the people responsible for killing his family.

No one expected teenaged delinquent Yusuke to save a young boy’s life, let alone die while doing so. This includes the denizens of the afterlife. They didn’t expect this act of kindness from him, so they don’t know whether to send him to heaven or hell. As a result, he gets the chance to return to life but in exchange, he must investigate supernatural activity in the living world. 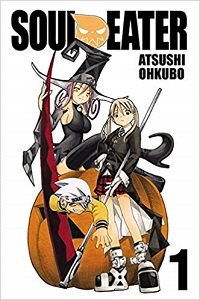 At Death Weapon Meister Academy, students learn how to protect the world from evil. They do so by forming teams of two, consisting of a weapon user called a meister and a human that literally transforms into a weapon. The best part? This is a shonen manga where the protagonist is a girl!

Rin and his twin brother Yukio were raised by an exorcist. After their adoptive father dies, Rin discovers they’re the sons of Satan and that he can manifest the blue flames of hell. To no one’s surprise, this complicates his plans to become an exorcist and defeat Satan.

Cross Academy was founded on a dream: that humans and vampires can coexist peacefully. There’s only one problem: humans must never know vampires exist. Enter Yuki Cross, a girl who was saved from a vampire attack as a child. Serving as one of the Academy’s guardians, she ensures that the vampire students’ existence remains a secret. 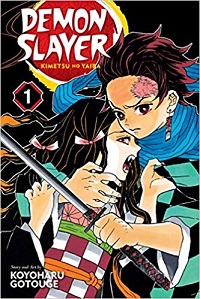 A vicious demon attack leaves Tanjiro Kamado’s mother and siblings murdered. The only survivor is his younger sister, Nezuko. Unfortunately, she has been transformed into a demon herself. Swearing to restore her humanity, Tanjiro sets out to become a demon slayer. The highlights of this series are Tanjiro’s kind, gentle nature—unusual in a world of brash shonen protagonists—and the unique time period: Taisho Era Japan.

Bungo Stray Dogs has a premise that can only exist in manga. Filled with characters named after famous authors who possess supernatural abilities that are often literary references, it is a wild ride from start to finish.

Don’t you hate it when you fall down a well and find yourself in the past? That’s what happens to Kagome Higurashi. While there, she meets a half dog-demon named Inuyasha and discovers her destiny is inextricably tied to his. 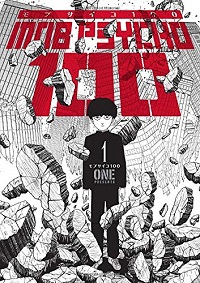 Although more people may know ONE through his superhero satire, One Punch Man, Mob Psycho 100 is probably his stronger work. Shigeo Kageyama, aka Mob, looks like your average middle school student. In reality, he possesses powerful psychic abilities. To keep his powers under control, Mob must suppress his emotions. Wanna bet this isn’t a long-term solution?

A small percentage of the human population have extreme regenerative abilities, which trigger upon mortal injury or death. These people can also manifest deadly fighting entities called “black ghosts.” To no one’s surprise, society considers them inhuman. Even worse, the government often captures them for use in cruel, inhumane experiments. Enter Kei, a student who discovers he is one of these special people, an Ajin.

To cement his rule, a Japanese feudal lord makes a pact with 48 demons to increase his wealth and prosperity. The price? The body of his firstborn son. But unbelievable as it may be, that infant didn’t die. He grows up, determined to hunt down the demons who stole pieces of his body in the hopes of regaining his humanity. 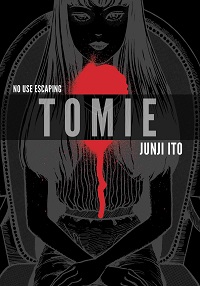 What list of supernatural manga would be complete without a Junji Ito title? Tomie is a beautiful woman, recognizable by the mole beneath her left eye. She can also make any man fall in love with her, to the point that they are often driven insane, killing each other and her. Except, you see, Tomie is immortal, able to regenerate her body and spread her curse to everyone around her.

Interested in more supernatural themed manga? Check out this list of vampire manga. Want something else entirely? Here’s some must-read manga from various genres.