If you’re someone on book/writing Twitter, you might have come across a day filled with people sharing book pitches and tagging them #DVpit. So you might have a few questions, like: What is this DVpit? When is it? What happens during it? And why is it important?

Created by agent Beth Phelan, DVpit is a Twitter pitching contest for diverse voices. Pitching contests are Twitter-based events where writers who have already written a full manuscript, revised it, and gotten it ready for agents can pitch their books. They can only use the 280 characters of Twitter to do the pitching, and in those 280 characters they have to include genre, age category, and of course the hashtag #DVpit. Not an easy task! 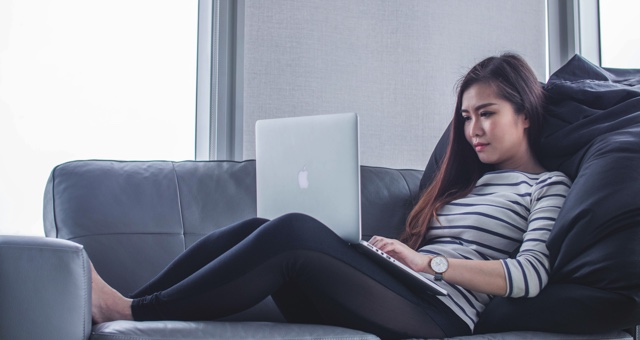 But once the pitch is out there on Twitter, agents and editors can interact with the tweet. If an agent likes you tweet, it means you are being invited to send the agent a query of your book. Editors and publishers can also like your tweet, and it can mean anything from submitting to them directly to submitting to them once you have an agent (depending on the specific guidelines of editors/agents).

Of course, ever since DVpit began, it has seen a lot of success. Many of our favourite writers have matched with their agents because of this pitching contest. Many of our favourite books got their starts through a short pitch. S. A. Chakraborty, whose debut novel The City Of Brass has been shortlisted for the Locus and World Fantasy awards, connected with her agent during one of the early rounds of DVpit. Kat Cho, author of Wicked Fox, not only connected with her agent during the first DVpit, but also plays a pivotal role in the running of the pitching contest.

J. Elle, author of the upcoming Wings Of Ebony, credits DVpit with the start of her career. She says: “DVpit LAUNCHED my publishing career. The visibility of my pitch was something editors remembered so when I went on submission, several editors were eager to read it quickly and moved it to the front of their reading stack. The buzz around the pitch also connected me with some legendary published authors that have been mentoring me since. I am a changed writer because of DVPit. DVPit not only opened doors that felt too tall to reach, but doors I didn’t even know existed.”

Elle participated in DVpit on October 16, 2018. Her tweets received hundreds of likes and retweets. By July 2019, she had a six-figure book deal with Simon & Schuster.

THE HATE U GIVE / WONDER WOMAN
Rue, a black teen from the hood learns she’s half-human, half-god. When she finds racist gods poisoning her block with violence, drugs and crime, she must embrace her Ghazani god-heritage to unlock powers and destroy them. #dvpit #ya #f #OWN #POC

She believes that DVpit has had a unique and lasting impact: “DVPit gives marginalized writers a unique opportunity to put their ideas in front of top publishing professionals, decision makers. It’s a shot to step out from the crowd and say, “Hey, see me!” And because of DVPit and Beth Phelan’s phenomenal reputation, publishing professionals actually pay attention. To me, DVPit was a moment where the noise of publishing quieted and I (a black writer) was allowed to be seen. Really spotlighted. And even if it doesn’t lead to an agent signing (because for many it doesn’t) or a book deal, BEING SEEN—in an industry that’s long ignored our voices—is deeply impactful.”

Jennifer Yen, upcoming author of A Taste For Love, was another author who saw success through DVpit. After participating in DVpit in April 2018, Yen connected with her agent, before going on to get a book deal (with a separate book from her DVpit pitch) with Razorbill, an imprint of Penguin, in June 2019.

16 y/o Lili is neither "Asian" nor "White" enough, leaving her feeling alone. After a suicide attempt, she takes a 1000 origami crane journey w/her GM, who reveals her painful past in post-WW2 Japan. Lili must learn to love her whole self or lose to darkness. #ya #con #own #DVPit

Like Elle, Yen believes that DVpit has created an important space for diversity within the publishing industry: “Through DVPit, [Beth Phelan has] given us a voice, one loud enough to be heard in the publishing community. Its continued and growing success serves to prove diversity is not a passing trend, but a reminder that we’re all part of the bigger story.”

With DVpit creating more spaces for diverse writers in the publishing industry, more diverse books are being put on the shelves. Yen sees the success of DVpit as a success for readers, especially marginalised ones: “I grew up seeing very few faces like mine in real life, something reflected in the books I read. Being diaspora, it made me feel even more disconnected from my roots, and I often felt isolated and unseen. With DVPit helping to bring more diverse books to shelves, the world will feel a little less lonely for those readers. I’m especially excited by the Asian SFF and romance books coming out, because younger me spent far too much time imagining herself as a badass sorceress/assassin/warrior/princess who just wanted to be swept off her feet!”