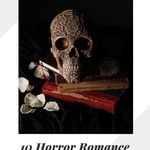 There’s a question that’s probably on your mind, just from reading the title: How the hell can a horror novel be a romance? Do horror romance books even exist?

Well, I’ll tell you, I had a similar thought when I sat down to write this. Why would someone insistent upon reading a book with a required happy ending want to also experience the greatest fright and anxiety? And how could two or more people who were similarly experiencing their own greatest fright and anxiety, and probably trying to take down at least a serial killer, and at worst some kind of otherworldly creature determined to destroy the world, find time or inclination to fall in love?!

Just about one year ago, one of my fellow Jessicas noted that we needed a horror romance books sub-genre. She has many good arguments for such a need, especially as we fall into the fall season. That dark creepiness that lurks at the edges of our vision, in the falling leaves and the scent of…fall scent things…makes one crave the feeling we get with a good scary story. But we also still want to watch people fall in love.

With that said, here are some of the best horror romance books. 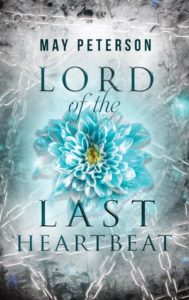 Mio is a mage who is horrified by the things he’s used his power to do. Finding a way to shut down that power, he must now flee the sorcerer mafiosa that is his mother. In the home of Moon Soul Rhodry, he finds himself caught in the middle of a horrifying mystery involving ghosts, portals to The Deep, and questions on who might have murdered whom. But there’s also the profound feelings between Rhodry and Mio, even if they aren’t actively working to fall in love. It’s possible some people wouldn’t consider this horror; it’s pretty well set in the fantasy world Peterson creates. But it definitely evokes that chill, that uncertainty, that makes the best kind of gothic horror.

I wouldn’t usually include something that wasn’t written as a romance in one of my romance lists, but I just adore this book, and while it’s cute and funny, it’s also got plenty of creepy. If you’ve seen the movie but not read the book, I totally recommend picking it up. There are enough differences that you’ll experience a completely new story, that has more of the creep-out element thanks to the whole zombie hierarchy thing. It’s silly, but also scary. 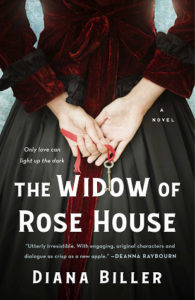 I hear this one is more spookily gothic than true horror, but those are the ones I love best. Some enjoy having to hide from their books every once in a while, while I prefer to just be on edge but hopeful at the same time. This one helps by being set in a Victorian Gothic home a la Crimson Peak, but without the bleeding walls and troubling family secrets. Well, there are troubling family secrets, but they don’t lead to the consequences of Crimson Peak. (P.S. it’s not a romance, so I’m not officially including it, but if you haven’t checked out the novelization of Crimson Peak, it’s definitely worth checking out.)

A battle between science and spiritualism brings an inventor and a medium together in a haunted house. They might be rivals in proving which is better in terms of dealing with ghosts, but they’ll have to work together to battle a different kind of evil residing in the house, where some brutal murders had taken place decades before.

(If you like these, try Hawk’s Widdershins as well.) 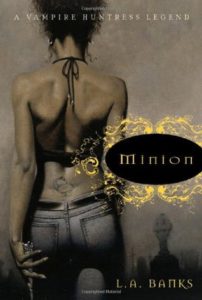 While a lot of people don’t link your average paranormal romance with horror, this series is more reminiscent of Anne Rice or (the earlier) Laurell K. Hamilton…or other classic gothic vampires developed by Stoker or Le Fanu. There’s still the whole slayer concept and demon fighting, but there’s also plenty of darkness and deadly desire. (Note: I didn’t actually enjoy the few pages I read of this book, but I know a lot of people who did.)

When a woman who sees ghosts meets a producer for a ghost hunter show, you never know what’s going to happen. I somehow always come across books featuring lighthouses, but I’ve never read about a haunted one before. So begins the saga of Perry and Dex, who over the course of several more books encounter ghosts and more. 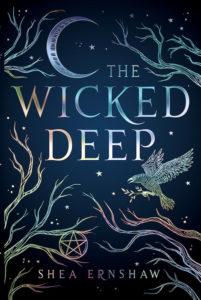 The Wicked Deep by Shea Earnshaw

I’m sorry, did you say “Practical Magic meets Hocus Pocus”?! I don’t read a ton of YA, but this is definitely something that I’m going to be picking up this haunted season. Like, three witches who inhabit the bodies of young girls to seduce boys to their deaths. Why am I not picking this one up right now?

The Other Side of Midnight by Simone St. James

Did somebody say Roaring Twenties horror? I think someone did. Apparently horror romance often involves ghosts (because that’s the thing that really sets it apart from paranormal?) and this one involves a medium who is contacted by a former medium friend…who is now dead. And while she’s trying to deal with that, she’s got a war vet coming after her trying to disprove the existence of psychics. (This also seems to be a common trope in ghost-related romance.) 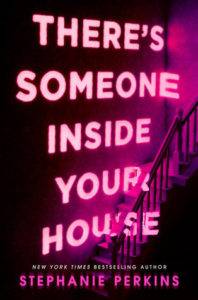 There’s Someone In Your House by Stephanie Perkins

Instead of the hauntings, etc., this one is a callback to the biggest slasher fics of the ’90s. There are students dying, and new student Makani wonders if her past is coming to haunt her in Nebraska. There’s still kissing, though, so this is still a romance. I’m calling it.

Hear me out. This is the 11th novel in the Immortals After Dark series, but you can definitely read it on its own. Lothaire is one of the biggest bads in the IAD series, and there is enough middle ground in the story to read pretty horrendously.

One thing you might notice is a significant lack of horror romance books by authors of color or featuring people of color. Romance authors, especially Black romance authors, lean towards the real, and those who do have high levels of conflict in their stories have enough real life trauma to provide all the horror necessary for their lovers to make it out of alive. That’s not to say I wouldn’t like to see a romance author of color explore some of the horrific themes that non-romance horror authors dig into. But it will take a fine hand to make it to that happy ending in a satisfactory way.

(And of course, there might be a whole collection of horror romance books by authors of color that I have just been unable to unearth. If you know of them, tell me on the socials!)

Horror romance has a long way to go, as far as how we see it and how we categorize it, but for now, I’ll take the spooky stuff I can get.