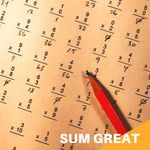 This list of books about math is sponsored by Change is the only Constant by Ben Orlin, in Hardcover from Black Dog and Leventhal. 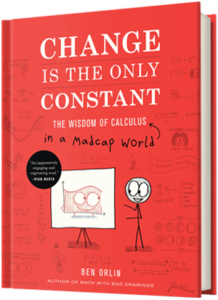 From Ben Orlin, the popular blogger and author of Math With Bad Drawings comes Change Is The Only Constant — an engaging and eloquent exploration of the intersection between calculus and daily life, complete with Orlin’s sly humor and wonderfully bad drawings. By spinning 28 engaging mathematical tales, Orlin shows us that calculus is simply another language for things we grapple with every day — love, risk, time, and critically, change. Change is the Only Constant unearths connections between calculus, art, literature. This is not just math for math’s sake; it’s math for the sake of becoming a more thoughtful human.

I have to admit, it is quite rare for someone to recommend that I read a good book about math or mathematicians. Don’t be fooled, though. There are some excellent books out there that cover all things math and the lives of famous mathematicians who have made significant contributions not only in the field of math, but to our world. So, let’s all stop being so obtuse and give these math reads a chance. In no particular order, here are some great math reads for all ages: 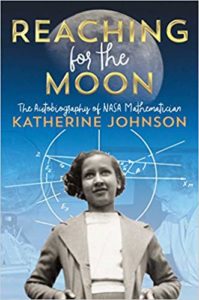 Katherine Johnson is a legend to many. Her significant contributions at NASA helped launch Apollo 11 in 1969, but for too long her contributions were pretty much unheard of. That’s because Johnson was African American and a woman during a time when rampant racism and misogyny were commonplace. But her intellectual prowess would not be denied. Her story was made famous in the bestselling book and Oscar-nominated film Hidden Figures. Now she tells her own story for the first time in Reaching for the Moon, a lively autobiography that will inspire young readers everywhere. Although not fully about math, this is a great book about one of NASA’s greatest mathematicians. 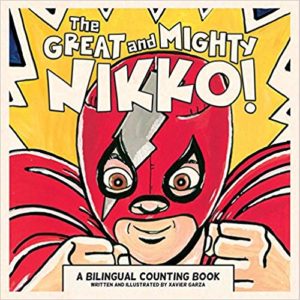 You may not think of a luchador counting book as a great math book, but that probably just means that you have not read Xavier Garza’s book The Great and Mighty Nikko. It is an excellent math book for young readers because it not only teaches them how to count to ten in a creative way, but it also teaches them how to count to ten in both English and Spanish! Nikko loves bedtime. That’s because his bed turns into a magical wrestling ring for the masked luchadores that he loves. His mom, of course, doesn’t believe Nikko. She accuses him of jumping on his bed. But that’s just not true at all. She just can’t see what Nikko sees. And to prove his point—zoosh! Here comes luchador numero UNO with a golden mask and a silver cape. Oh, wow. Number TWO wears an orange mask with yellow flames. Another looks like a jaguar and he growls! A rooster! And so it goes until TEN luchadores are jumping on Nikko’s bed. This is one that kids will love. 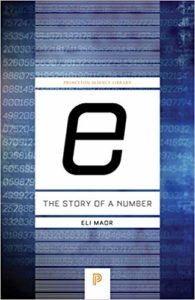 e: The Story of a Number by Eli Maor

I am sure that when you think of numbers, you don’t think of the number e. Yes, I said the number e. An irrational number (a number that cannot be written as a simple fraction), e is one of the most important numbers in mathematics. The interest earned on a bank account, the arrangement of seeds in a sunflower, and the shape of the Gateway Arch in St. Louis are all intimately connected with the mysterious number e. In this informal and engaging history, Eli Maor portrays the curious characters and the elegant mathematics that lie behind the number. Designed for a reader with only a modest mathematical background, this biography brings out the central importance of e to mathematics and illuminates a golden era in the age of science. 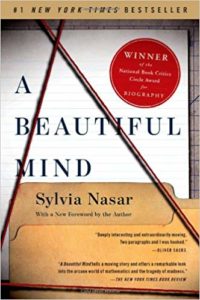 Chances are, you’ve seen this movie starring Russell Crowe and Jennifer Connelly. But of course, the movie was based on the book of the same title by Sylvia Nasar. This biography recreates the life of John Nash, a mathematical genius whose career was cut short by schizophrenia and who, after three decades of devastating mental illness, miraculously recovered and was honored with a Nobel Prize. Nash was already a legend by the time he turned 30, but when he slipped into madness he was ostracized by colleagues and friends. It was not until his schizophrenia was in remission that his work was truly recognized. 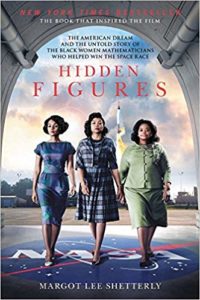 This is a great book that  tells the true story of the black female mathematicians at NASA who helped the United States win the space race and helped fuel some of America’s greatest achievements in space. Hidden Figures follows the interwoven accounts of Dorothy Vaughan, Mary Jackson, Katherine Johnson, and Christine Darden. These women were always overlooked, segregated, and marginalized due to the overwhelming racism that existed in the U.S., particularly in the Jim Crow South. 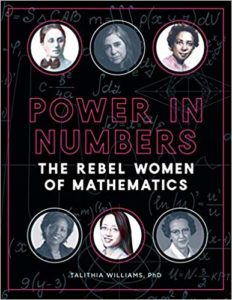 Power in Numbers: The Rebel Women of Mathematics by Talithia Williams, PhD

This great book is an affirmation of female genius and a celebration of the boundless applications of mathematics. The book tells the stories of amazing women whose careers ranged from rocket scientists and code breakers to computer programmers and data scientists. Talithia Williams is an excellent public speaker, a co-host for the PBS series NOVA Wonders and is an Associate Professor of Mathematics at Harvey Mudd College. 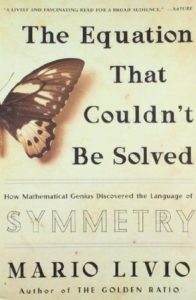 The Equation That Couldn’t Be Solved: How Mathematical Genius Discovered the Language of Symmetry by Mario Livio

This underrated book is an excellent addition to any book collection. The first extensive, popular account of the mathematics of symmetry and order, The Equation That Couldn’t Be Solved is told not through abstract formulas but in a beautifully written and dramatic account of the lives and work of some of the greatest and most intriguing mathematicians in history. What do Bach’s compositions, Rubik’s Cube, the way we choose our mates, and the physics of subatomic particles have in common? All are governed by the laws of symmetry, which elegantly unify scientific and artistic principles. Yet the mathematical language of symmetry—known as group theory—did not emerge from the study of symmetry at all, but from an equation that couldn’t be solved. 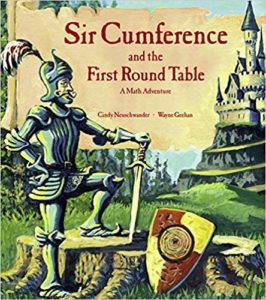 Join Sir Cumference, Lady Di of Ameter, and their son Radius for wordplay, puns, and problem solving in this geometry-packed math adventure. The king needs to meet with his knights but their rectangle table is a problem—some men need to yell to be heard by the king. Sir Cumference tries many different solutions—each with its own unique shape and design—until his wife, Lady Di, realizes that a round table will work best. With the help of the carpenter, Geo of Metry, this sharp-minded team designs the perfect table conducive to discussing the perfect plan for peace.

My math teacher once called me average. How mean. Happy reading!