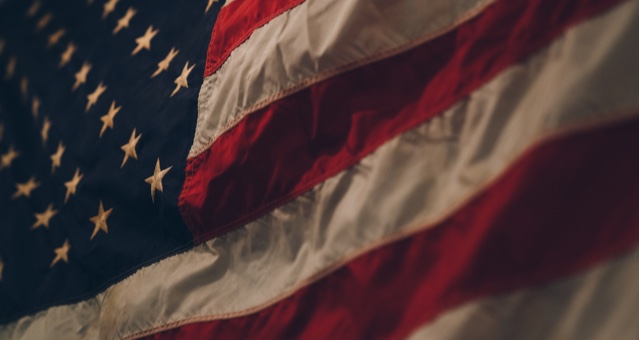 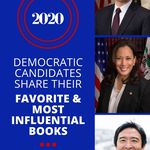 We’re in the midst of one of the most vital political eras in memory. It’s a time of fear and anger. Of uncertainty and frustration.

When Barack Obama left office in 2016 and popular vote losing 45 came in, the country saw not only an array of hateful new legislation take hold, but we lost something that comparatively seems small but, as any reader knows, is far from.

We lost a president who believes in reading.

Reading is crucial for every kind of development, and seeing a president be a reader is powerful for a country. Obama’s reading lists continue to be a highly-sought quarterly gift because they showcase an active, curious, engaged mind, and as study after study has shown, reading makes for better leaders, better thinkers, and more empathetic human beings.

As the candidates for Democratic nomination continue to campaign on the ground, as well as in large public forums, those of us who are readers are wondering: will we get another Reader-in-Chief in 2020?

I reached out to the top ten candidates in the race as of October and asked them to share their favorite and/or the most influential books in their lives. For the candidates who did not respond, I’ve included the books they’ve mentioned in other forums. 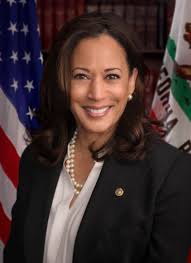 The first Democratic candidate to respond was Kamala Harris. Among her favorite books and/or those that have been most influential in her life, she lists five:

The Lion, the Witch and the Wardrobe by C.S. Lewis

It’s a nice array of fiction, both for adult readers, as well as books that are influential for young readers. The books are set in varying times and places and showcase a reader with a tendency toward inclusive, intergenerational stories. 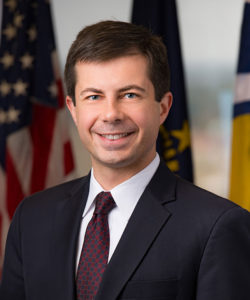 Mayor Pete’s received a bit of press about being a reader: he taught himself Norwegian to read a book by a favorite Norwegian author. It’s not a surprise that his three books were thoughtful picks, with deep personal resonance for him:

“Ulysses is the greatest work of modern English literature. It’s known to be pretty complex, but it’s really about one middle-class guy going about one day of his life in Dublin. In a way it’s a very democratic story about what it is to be human. I first read it in college, but I think about it now as the basis for my politics too because it’s about bigger ideas but also about the value and importance of everyday life.”

“I wrote my thesis on this prophetic novel. It’s about the dangers of American involvement in Vietnam, set in the 1950s before most people knew we were operating in Vietnam at all. To me, Graham’s message is about how Americans can persuade ourselves to do all kinds of things based on the idea that our interests by definition are good, and morally good. In reality it just doesn’t work that way. Even for an exceptional country like the United States, it is not necessarily true that anything that appears to make America better off is the right thing to do.”

“Naive. Super is the book that every searching 20-something needs. Erlend Loe’s sense of humor is spot-on. The book turned me on to Norwegian literature and the Norwegian language as a whole.” 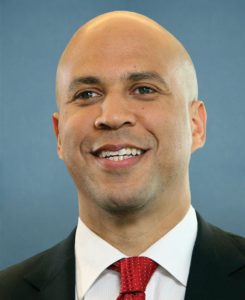 Booker lists  three books among his favorite and most influential, and what’s interesting is not just the mix of books—again, adult books and books that are especially present in young readers’ lives—but one of these titles is among Harris’s picks, too.

Justice, reform, and race are at the core of these books, and it’s no surprise to see how some of those themes play into his own policy proposals and philosophies. 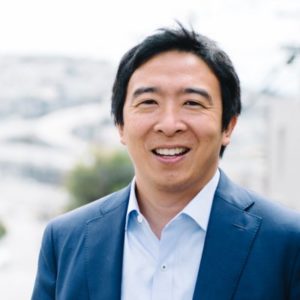 After a few prompts for response, Yang shared his favorite books, and it’s not a surprise to see what’s on it, given his platform, his policies, and his belief in the importance of a universal basic income.

Like Harris and Booker, his selection of titles offers a diverse range, including international settings and international voices. The Giving Tree makes perfect sense, as well.

It’s refreshing to see so many children’s books among candidate favorites. 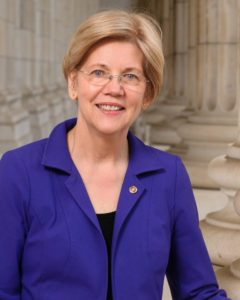 Despite several attempts to reach the candidate for her favorite books, I never received a response. That said, during the course of putting this piece together, she did share one of her favorite books during a stumper in Iowa City.

In Iowa City, Elizabeth Warren is asked her favorite book. "Sense and Sensibility," she says, "because it's about an observant woman who cuts through all of — I know Jane would never call it this — but the BS."

[Image of tweet from @thomaskaplan reads “In Iowa City, Elizabeth Warren is asked her favorite book. “Sense and Sensibility,” she says, “because it’s about an observant woman who cuts through all of—I know Jane would never call it this—but the BS.”] 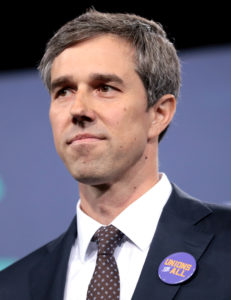 Despite numerous attempts for a response, ultimately, O’Rourke’s team said he was unable to help. That said, he’s talked before in other outlets about his favorite books, and those titles include:

Odyssey! Named our son Ulysses because we didn't have the guts to name him Odysseus.

[Image of tweet from @BetoORourke in response to question from @joolytron asking what books he’d take on a deserted island: “Odyssey! Named our son Ulysses because we didn’t have the guts to name him Odysseus.”]

In addition to Homer’s The Odyssey and James Joyce’s Ulysses, O’Rourke has also noted Joseph Campbell’s The Hero’s Journey as a favorite. 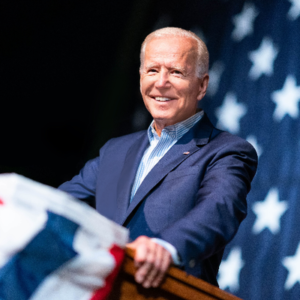 Biden’s team never responded to numerous inquiries and followups about his favorite/most influential books. There’s very little readily available about Biden’s favorite books—likely in part because so much attention has been previously paid to the titles his superior enjoyed during and after his presidency.

He has, like O’Rourke and Buttigieg, listed Ulysses by James Joyce among his favorites in the past. 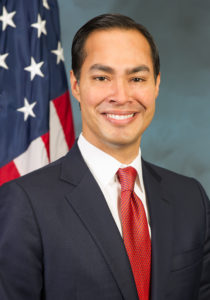 As interesting as it was to discover the titles that have influenced the top Democratic candidates, it was equally interesting (and, indeed, insightful and frustrating) to see how this inquiry was addressed. In the case of Castro, not only did I not get a response, but I was forced to sign up for his updates in order to be considered for a response.

Unfortunately, the daily newsletters did not indicate a favorite book.

L.A. Magazine notes—in a feature done earlier this year—not a favorite book of Castro’s, but rather than his reading ranges from The Road to Camelot by Curtis Wilkie and Thomas Oliphant to the Harry Potter series by J.K. Rowling. 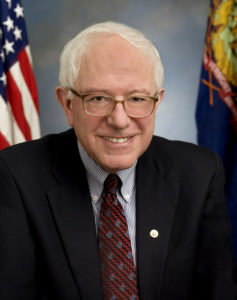 On repeated followups to Sanders’s team, I received no response until I was informed that I needed to email a different contact who, upon several follow ups, never responded. Given that he recently underwent heart surgery, it’s likely some attention wasn’t being given to an inbox.

That said, because of Sanders’s past campaign and his own writing, discovering some of his favorite and most influential books via Google isn’t hard. Titles he lists include:

The Millionaire Next Door by Thomas Stanley and William Danko

It’s a white male–dominated list and very focused on American authors, but the titles certainly indicate where he’s built his fiscal policies. 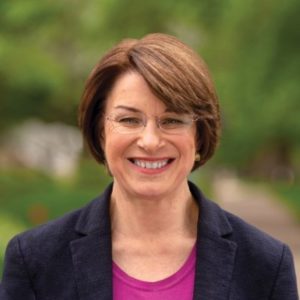 Several attempts at response from Klobuchar were unsuccessful. But among books she’s listed as favorites in the past include Personal History by Katharine Graham.

Of Graham’s autobiography, Klobuchar told Shondaland, “Her account isn’t just about protecting the freedom of the press, it’s also about the power of a woman who held a powerful position and used her power wisely. That’s why I liked it.”

One of my favorite books this (and every) year is Personal History by Former Washington Post CEO Katherine Graham. It isn’t just about protecting freedom of the press—it’s about the power of women to defend it. Excited to see @ThePostMovie w/ Meryl Streep! https://t.co/MAwaRlm5Nn

[image of a tweet from @amyklobuchar reads: “One of my favorite books this (and every) year is Personal History by Former Washington Post CEO Katherine Graham. It isn’t just about protecting freedom of the press—it’s about the power of women to defend it. Excited to see @ThePostMovie w/ Meryl Streep!” with link to Wall Street Journal article].

It’s nice to see such a range of books, even with repeats of the usual suspects/books that suggest a level of intelligence beyond the “average” American. In any case, whatever candidate ultimately earns the nomination, we can rest assured they’ll be better read—and perhaps more open about their reading lives, showing to the country their desire to better themselves and their thinking—than 45.