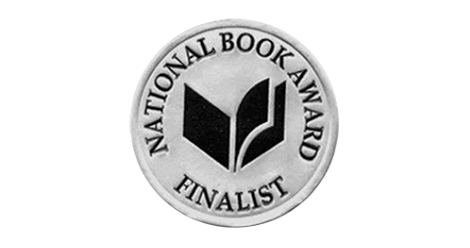 The winners in each of the five categories—Young People’s Literature, Translated Literature, Poetry, Nonfiction, and Fiction—will be announced November 20, 2019, at the 70th National Book Awards Ceremony. Edmund White will receive the Lifetime Achievement Award. Acclaimed actor, producer, and television veteran LeVar Burton will host the ceremony.

View this post on Instagram
Category ID: 470
Category ID: 35362
Today In Books Newsletter
Sign up to Today In Books to receive daily news and miscellany from the world of books.
Thank you for signing up! Keep an eye on your inbox.
By signing up you agree to our terms of use

A post shared by National Book Foundation (@nationalbookfoundation) on Oct 8, 2019 at 7:31am PDT

Death Is Hard Work by Khaled Khalifa
Translated from the Arabic by Leri Price
Farrar, Straus and Giroux / Macmillan Publishers

I: New and Selected Poems by Toi Derricotte
University of Pittsburgh Press

Thick: And Other Essays by Tressie McMillan Cottom
The New Press

What You Have Heard Is True: A Memoir of Witness and Resistance by Carolyn Forché
Penguin Press / Penguin Random House

The Heartbeat of Wounded Knee: Native America from 1890 to the Present by David Treuer
Riverhead Books / Penguin Random House