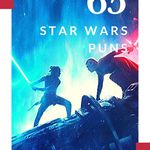 *looks up from notebook* Oh, hi, I didn’t notice you there. Hmmm? Oh, I’m just thinking of some Star Wars puns. Not a big deal (*whispers* just like Finn). What’s that? I mean, yeah, I guess you could say I’m excited for Star Wars Episode IX: The Rise of Skywalker. Although I think it’s more like what Rey was feeling when she went to find Luke on Ahch-To: a mix of nervousness and hope.

*stares off into the distance*

Anyway, yeah! I’m excited. But there is still *checks planner* 77 days until December 20. OHMYGOSH 77 DAYS! The original Star Wars came out on May 25, 1977, and now we only have 77 days until the Skywalker saga is over. *wipes away a tear* Yeah, I’m fine, it’s just…a lot, y’know? It seems so close and also like a galaxy far, far away. What? Oh, yeah! You can totally read what I’ve got so far. I can work on finishing my Poe Dameron fanfic instead. 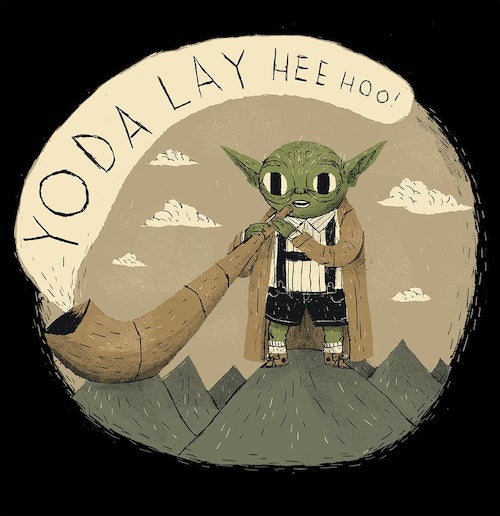 15. What was Anakin’s favorite meal as a kid? Chicken nuggets and Darth Tatertots
16. What is Vader’s Tindr name? Darth Dater
17. How do you get to the top of the castle on Mustafar? You take the ele-Vader.
18. If Vader cooked meals for a living, he’d be Darth Caterer
19. What was Anakin’s favorite Nickelodeon show? Are You Afraid of the Darth?
20. When Vader arrives late to meetings, Tarkin calls him Darth Later
21. What do you call someone who refuses to join the Dark Side? Darth Hater
22. If Vader worked in a restaurant, he’d be Darth Waiter
23. What is Vader’s favorite Life Day song? Darth the Herald Angels Sing
24. If Vader competed in the winter Olympics, he’d be Darth Skater 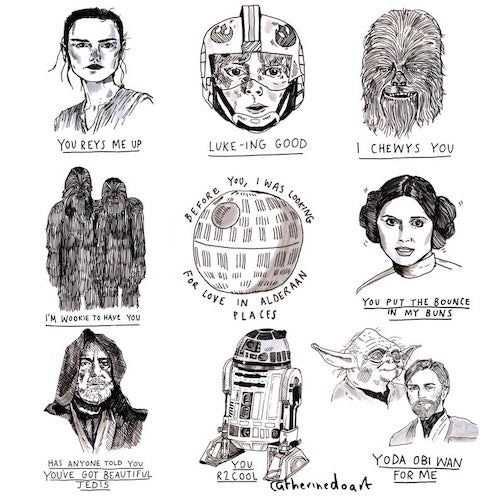 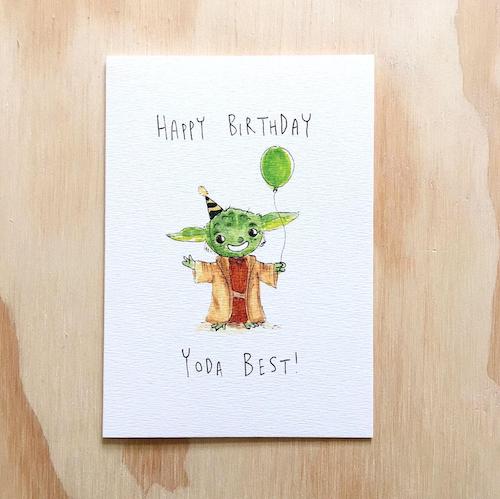 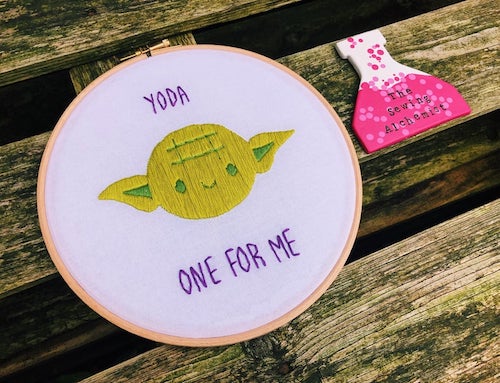 48. What do you call a feast on Ahch-To? A smorgas-porg
49. What do you call a powerful water gun? A super-Ahsoka
50. How do Jedi’s practice mindful stretching? Yoda exercises
51. What’s the most popular ice cream flavor on Kashyyyk? Wookies ‘n Cream
52. What sound does Padme’s ghost make? Naboooooooo
53. What is Emperor Palpatine’s favorite baked good? A chocolate Coruscant
54. What does the Jedi Council use as a company car? A Toy-Yoda
55. What is Darth Vader’s favorite food? A sith-kebab
56. What is Maz’s favorite fast-food? Takodano Bell
57. What is the Jawa’s favorite mode of transportation? Mos Espas
58. How did Vader know what Luke got him for Father’s Day? He could sense his presents
59. Why isn’t Leia married in A New Hope? She’s been looking for love in Alderaan places
60. Why did the Millennium Falcon arrive at the Rebel base late? It had to take an R2-Detour
61. How does Han Solo like to start his day? With a hot cup of Jabba
62. What did Kylo Ren bring to Hux’s party? First Or-d’oeuvres
63. Why did Padme call the Gungun polite? He held the door a-Jar-Jar
64. How do you compliment a Jedi? Tell them they’re Rey-diant
65. What is Roses’s favorite Disneyland attraction? The Enchanted Tico Room
66. Why did the Empire think they could beat the Rebels? Because they had an ace up their Sheev

In need of some shirts to wear as you wait for Episode 9? We got you covered.

Take our quiz to find out which Star Wars book you should read while you count down the days until The Rise of Skywalker!