The em dash, aka possibly the most adaptable and intuitive punctuation mark there is, gets a lot of love—and the occasional bit of hate. Em dashes may be prone to overuse, but if you understand how beautiful the em dash can be, you won’t want to overuse it. And of course, some of the best em dash examples exist in the world of literature. So there’s no better way to celebrate this fabulous mark than by looking at how writers have used it to enhance their crafts.

Some authors have employed the em dash non-traditionally to their own tastes. It’s pretty much agreed that there’s not really a wrong way to use an em dash—or rather, most ways in which people are naturally inclined to use it are acceptable. James Joyce used it to set off dialogue because he had a particular antipathy for quotation marks. (Passions have always run high when it comes to punctuation issues, it would seem.) Emily Dickinson used it as a kind of dividing mark in her poetry.

However, even when tasked with its regular occupations—that is, sandwiching text within a sentence as an aside, adding a parenthetical of sorts, or showing a cutting off of speech—the em dash opens up countless, dazzling possibilities for constructing sentences. Here are some beautiful em dash examples from literature. 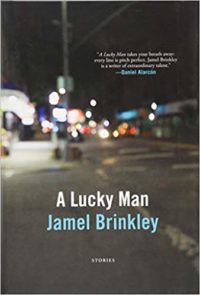 Example #1: The Dash as Picture Frame

Each of the names had three letters—SER, EVE, RON, REL, MED—and the drips of paint made murky icicles of color.

—Jamel Brinkley, from “No More Than a Bubble” in A Lucky Man

This is a straightforward but captivating look at how an em dash can be used in a sentence to create an image for the reader. The writer can plop down an example or visual—like this—in the middle of a description. This can be a way of chucking something concrete into a more explanatory bit of writing (though the visual element is also strong in the last part of this sentence, obviously). In the example above, it’s very concrete: The groups of three letters are tagged names on the wall of a bar. The em dash gives Brinkley the chance to show the names themselves without stopping the flow of the story. 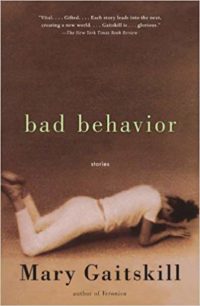 Example #2: The Dash as Hesitation

“Because once, when I was about twelve, I was in my father’s study rubbing his neck—I used to do that all the time for him—and there was this Playboy calendar over his desk and some babe was on it and I said to him, ‘Do you like her?’ and he said, ‘Sure I do,’ and I said, ‘Would you like to meet her?’ and he looked shocked and said, ‘No, she’s just a dumb broad.'”

—Mary Gaitskill, from “Trying to Be” in Bad Behavior

Okay, yes, we can take a moment just to acknowledge that this is weird. But this is another example of a practical use for the mid-sentence dash sandwich. The person speaking seems aware that what she’s saying is weird. Giving your father neck massages while he makes casual misogynistic comments may not be what you would call a relatable experience. Well, hopefully. The aside shows that she may be self-conscious about sharing this information. Maybe she feels the need to explain it. Saying that she “used to do that all the time for him” doesn’t actually explain anything, of course. But it does show hesitancy.

Of course, the hesitancy could be the author’s, and the aside for the benefit of the reader. If the above bit of dialogue had passed without comment, it might be distracting. This way, both characters and reader can rest assured that yes, this is weird, and then get on with the story.

Now, let’s acknowledge that it’s awesome how the em dash allows Gaitskill to create one long comprehensible sentence that doesn’t feel overwhelming. Also, this is an example of how the em dash can be used within dialogue with a naturalness that the semicolon typically can’t. 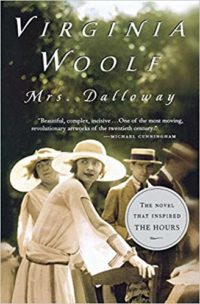 Example #3: The Dash at the Party with All Its Friends

How fresh, how calm, stiller than this of course, the air was in the early morning; like the flap of a wave; the kiss of a wave; chill and sharp and yet (for a girl of eighteen as she then was) solemn, feeling as she did, standing there at the open window, that something awful was about to happen; looking at the flowers, at the trees with the smoke winding off them and the rooks rising, falling; standing and looking until Peter Walsh said, “Musing among the vegetables?”—was that it?—“I prefer men to cauliflowers”—was that it?

Sorry about springing that on you without warning. Yes, we’re still mainly talking about em dashes and not semicolons; apologies for any confusion. There’s obviously a lot going on in this sentence, of which the humble em dashes are only a small part. But what I like is how all the inner punctuation—semicolons, parentheses, dashes—is used to build new asides within asides, with the marks varying for texture.

Woolf’s purpose in using different types of punctuation here may be to create a map for the reader. The repetition of “was that it?” with the dashes cements the relationship between that particular language and punctuation. This makes the rest of the sentence less confusing. I mean, relatively speaking. 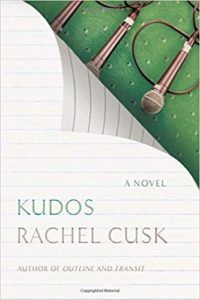 Example #4: The Dash as Punchy Lead-in

“There was this antique telephone on the desk and I kept wanting to call someone up and get them to come and rescue me. One day I finally picked it up and it wasn’t connected—it was just a decoration.”

Here we have an em dash making a story funny. Part of this is purely visual: The flat line almost seems to represent the dial tone that isn’t there. The phone wasn’t connected, but the sentence is, and you have to hang on slightly longer to get the full punch line. A semicolon or period wouldn’t physically connect the two parts, and would give the impression of too much hesitancy—the humor depends on the dash. 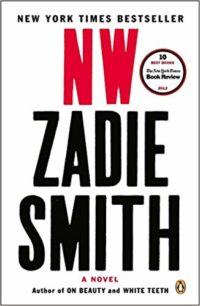 Example #5: The Dash Hanging Out, Looking Cool While the Author Breaks Rules

And remember to lock the gate with the water pressure where the gas is hot in the oven of the plug to switch it off when you leave it using only red onions and a pinch of cinnamon then getting back before you need to use a minicab—without drinking, advises Hanwell.

Yes, there’s some stream-of-consciousness riffing going on here, and non-traditional punctuation use—or rather, a distinct lack of traditional punctuation use. Despite that, the em dash is employed to redirect the stream and cap it off. I’m not sure if I really have anything smart to say about this em dash example. I just like it. It offers relief from the earlier lack of punctuation and also serves as an artistic flourish. Also, the dash leading into italics creates a distinct sense of motion that’s, well, not not cool. 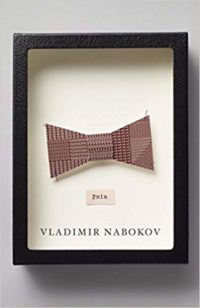 Example #6: The Dash Dream from Inception

She wanted Timofey to lay aside every month a little money for the boy—because she could not ask Bernard Maywood now—and she might die—and Eric did not care what happened—and somebody ought to send the lad a small sum now and then, as if coming from his mother—pocket money, you know—he would be among rich boys.

Okay, so basically I had to include this because it’s an example of em dashes within em dashes. Let that quietly blow your mind. The mixture of stylistic and practical aims here is interesting, too. The multiple dashes create a sense of speed and urgency, while also calling attention to the most cocooned part of the sentence: “and she might die.”

Well, if you’re not excited about the em dash by now, I’m afraid I can’t help you. Go forth and dash! Just remember, you’re not Virginia Woolf—you can only get away with so much.