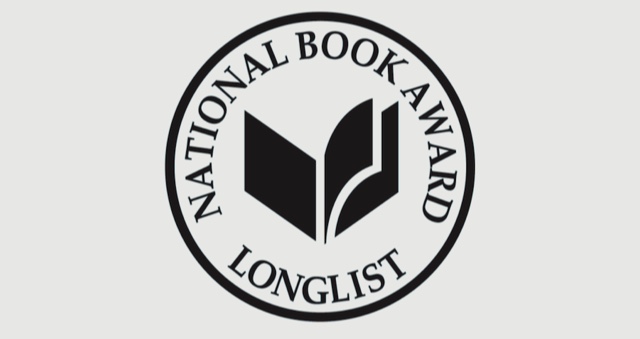 The National Book Foundation announced all longlists for the 2019 National Book Awards this week, and I could not be more excited. The NBAs are the Academy Awards for books. There are five categories: Fiction, Nonfiction, Poetry, Translated Literature, and Young People’s Literature. And this year’s nominees are AMAZING.

Here’s a rundown of the titles:

It's the first day of #NBAwards Longlist announcements! We are beyond excited to announce the ten titles on the 2019 National Book Awards Longlist for Young People's Literature. Congratulations to all, and welcome to the family! . . #bookstagram #NBAwards #literature #reading #amreading #books #yabookstagram

A post shared by National Book Foundation (@nationalbookfoundation) on Sep 16, 2019 at 7:36am PDT

From the New Yorker announcement: “The judges for the category this year are An Na, the author of four novels, including A Step from Heaven, a finalist for the 2017 National Book Award; Elana K. Arnold, whose novel What Girls Are Made Of was a finalist for the 2017 National Book Award; Kristen Gilligan, the co-owner of Tattered Cover Book Store, in Denver; Varian Johnson, the author of The Parker Inheritance and a member of the faculty at Vermont College of Fine Arts; and Deborah Taylor, a retired librarian and an adjunct professor of young-adult literature at the University of Maryland.”

We are so pleased to announce the Longlist for the #NBAwards  for Translated Literature, the fifth Awards category introduced just last year. A huge round of applause for these writers and translators! . . #bookstagram #books #literature #literaryawards #reading #amreading #translation #translator #translatedliterature

A post shared by National Book Foundation (@nationalbookfoundation) on Sep 17, 2019 at 7:36am PDT

Rioter Pierce Alquist, who is an expert on translated literature, also did a great round-up of the titles here.

The ten titles on the longlist, originally written in ten different languages, include seven novels, two memoirs, and a collection of essays.

Naja Marie Aidt, When Death Takes Something from You Give It Back: Carl’s Book
Translated by Denise Newman
Coffee House Press

Olga Tokarczuk, Drive Your Plow Over the Bones of the Dead
Translated by Antonia Lloyd-Jones
Riverhead Books / Penguin Random House

From the New Yorker announcement: “The judges for the category this year are Keith Gessen, a founding editor of n+1, and the author, most recently, of A Terrible Country; Elisabeth Jaquette, a translator and the executive director of the American Literary Translators Association; Katie Kitamura, whose most recent novel, A Separation, has been translated into sixteen languages; Idra Novey, the author of Those Who Knew, who teaches fiction at Princeton University; and Shuchi Saraswat, who has worked at Houghton Mifflin Harcourt, GrubStreet, and an independent bookseller.”

It's day three of #NBAwards Longlist announcements, and we have ten amazing collections to share with you. Announcing the Longlist for the 2019 National Book Award for Poetry. . . #bookstagram #literature #books #reading #amreading #literaryawards #literaryaward #poetry #poetrycommunity

A post shared by National Book Foundation (@nationalbookfoundation) on Sep 18, 2019 at 7:47am PDT

From the New Yorker announcement: “The judges for the category this year are Jos Charles, the author of feeld, which was longlisted for the 2017 National Book Award for Poetry; John Evans, the owner of DIESEL, a bookstore in Los Angeles; Vievee Francis, who has written three books of poetry, including Forest Primeval; Cathy Park Hong, the poetry editor of The New Republic and the author of Engine Empire; and Mark Wunderlich, the director of the Bennington Writing Seminars graduate program, whose new book, God of Nothingness, is forthcoming.”

A post shared by National Book Foundation (@nationalbookfoundation) on Sep 19, 2019 at 7:30am PDT

Hanif Abdurraqib, Go Ahead in the Rain: Notes to A Tribe Called Quest
University of Texas Press

Tressie McMillan Cottom, Thick: And Other Essays
The New Press

Carolyn Forché, What You Have Heard is True: A Memoir of Witness and Resistance
Penguin Press / Penguin Random House

Greg Grandin, The End of the Myth: From the Frontier to the Border Wall in the Mind of America
Metropolitan Books / Macmillan Publishers

From the New Yorker announcement: “The judges for the category this year are Erica Armstrong Dunbar, a professor of history at Rutgers University and a finalist for a 2017 National Book Award; Carolyn Kellogg, an award-winning culture writer and former books editor of the Los Angeles Times; Mark Laframboise, who has worked for more than twenty years at the Politics and Prose bookstore, in Washington, D.C.; Kiese Laymon, the author, most recently, of Heavy: An American Memoir, and a professor of English at the University of Mississippi; and Jeff Sharlet, an editor-at-large for Virginia Quarterly Review, a winner of a National Magazine Award, and an associate professor at Dartmouth College.”

‪✨ It's the final list! ✨ We are absolutely thrilled to announce the ten books on the Longlist for the 2019 National Book Award for Fiction. #NBAwards . . #bookstagram #books #literature #literaryawards #literaryaward #reading #amreading #fiction

A post shared by National Book Foundation (@nationalbookfoundation) on Sep 20, 2019 at 7:30am PDT

From the New Yorker announcement: “This year’s judges for the category were Dorothy Allison, the author of Bastard out of Carolina, a National Book Award finalist; Ruth Dickey, the executive director of Seattle Arts & Lectures; Javier Ramirez, a longtime Chicago indie-book seller and the co-owner of Madison Street Books; Danzy Senna, a recipient of the Whiting Award and the author, most recently, of New People, a New York Times Notable Book; and Jeff VanderMeer, the best-selling author of the Southern Reach Trilogy, whose work has been translated into thirty-eight languages.”

Congratulations to all the nominees! I’m so glad I don’t have to pick, because my head would explode. The shortlists will be announced October 8, and the winners will be announced November 20 at the 70th National Book Awards Ceremony.