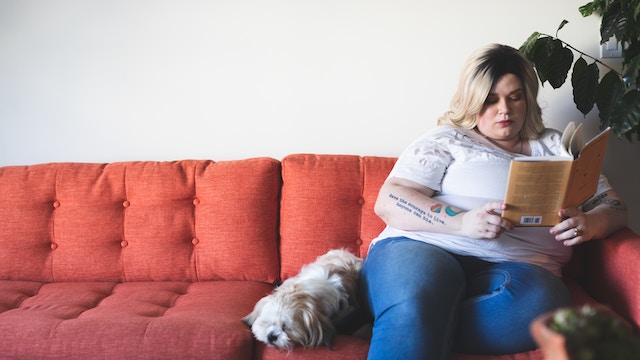 As an American living in Hong Kong, I am interested in stories about the expat experience. Of course, “the expat experience” isn’t singular, but there are things that are universal about the sense of displacement and otherness that comes with living abroad. These are five of my favorite books about expat life.

But First, What Is An Expat?

I admit, the lines between “expat” and “immigrant” can be murky at best. There are a lot of social and political nuances to the terminology, many of them problematic. For my purposes, I am simply defining an expat as someone who chooses to live in another country for a period of time without the intention of becoming a citizen or fully assimilating into local culture. An immigrant, on the other hand, is a person who relocates to another country with the intention of building a permanent life there. 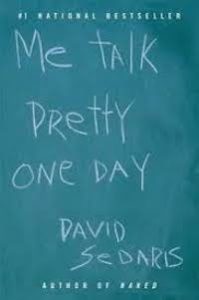 1. Me Talk Pretty One Day by David Sedaris

If you have read David Sedaris at all, you will be familiar with his dry, acerbic wit and hilarious way of stating the bizarre as though it were ordinary. This humorous essay collection partially focuses on Sedaris’s relocation from New York to Paris and his travails and triumphs trying to acclimate to a society in which he will forever be scorned. His attempts to speak the language are especially funny.

“On my fifth trip to France I limited myself to the words and phrases that people actually use. From the dog owners I learned “Lie down,” “Shut up,” and “Who shit on this carpet?” The couple across the road taught me to ask questions correctly, and the grocer taught me to count. Things began to come together, and I went from speaking like an evil baby to speaking like a hillbilly. “Is thems the thoughts of cows?” I’d ask the butcher, pointing to the calves’ brains displayed in the front window. “I want me some lamb chop with handles on ’em.” 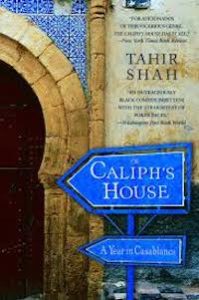 2. The Caliph’s House: A Year in Casablanca by Tahir Shah

Shah is a Afghani British travel writer who strives  to dive deep into other lands and cultures to share experiences and insights that are off the beaten path.  After years in the London suburbs, Shah becomes obsessed with moving to Morocco to raise his children in the land of his childhood vacations.

The Caliph’s House is his account of investing all of his family’s money into an abandoned palace that once housed the Caliph of Casablanca. Shah shares the setbacks and pitfalls he experiences while trying to create a home there. They  wade through endless roadblocks from the government, the customs office, the neighbors, and worst of all the jinns (powerful and fickle spirits who seem less than happy to have foreigners moving into their home). Navigating these situations turns out to include bribes and haggling as well as goat sacrifices and exorcisms.  It is a story about letting go of an idealized version of life to accept that a much more complicated reality can still be beautiful. 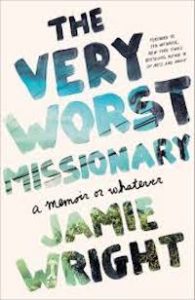 3. The Very Worst Missionary: A Memoir or Whatever  by Jamie Wright

This is not your traditional expat narrative. Jamie Wright and her husband are your typical white suburban family. With pure intentions, but no real clue, they move to Costa Rica on a four-year commitment  to become missionaries. During their time there, Wright begins to realize the many ways that the white western savior complex can do more harm than good. She grapples with what it means to live out your beliefs when you’re not sure you agree with the traditional structures anymore. And there’s the occasional gecko-up-the-pants incident to keep the mood light. Wright’s humor, irreverence, and ability to tell it like it is gives this one a place among books about expat life. 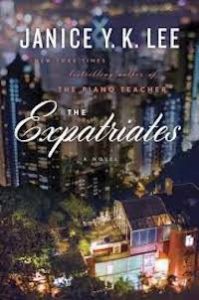 4. The Expatriates by Janice Y.K. Lee

Janice Y. K. Lee is a Hong Kong native who grew up in the unique international environment of Hong Kong. This novel really hits home for me because it is about three American women living in Hong Kong.

Mercy is a young Korean American college graduate adrift in the world, trying to find her place in it.

Hilary and her husband have been trying to have children for the past ten years, but it just isn’t happening. As her marriage begins to fall apart, Hilary is more determined than ever to become a mother.

Meanwhile, Margaret is a wife and mother who followed her husband when he was relocated to Hong Kong for work. With an amazing package from his company that includes housing, a car and driver, and a live-in maid and cook, Margaret’s life seems like a dream. Then a devastating tragedy strikes, leaving Margaret questioning everything.

Although each woman represents a different kind of expat, their lives end up brushing against one another in significant ways. 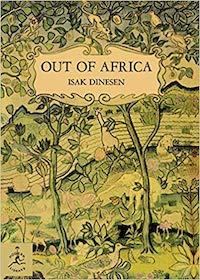 5. Out of Africa by Isak Dinesen

If you are interested in books about expat life, chances are high that you have heard of this one or possibly seen the movie (with Meryl Streep and Robert Redford). Dinesen (the pen name for Karen Blixen) was a Danish baroness who moved to Kenya with her Swedish husband to run a coffee plantation in the early 1900s.  Her account of their life in Kenya gives Dinesen’s perspective on the way the land, the animals, and the native people, and the white colonizers lived together. This is a classic expat narrative that tells about an important part of colonial history as well as making some astute observations about society, race, and coexistence.