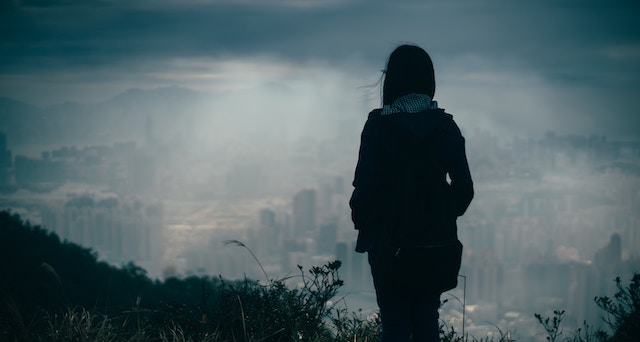 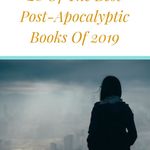 I work as one of the Bibliologists for our TBR program, and one of the most frequently requested genres I see is “apocalypse novels.” It makes sense, really. With global warming, looming wars, domestic terrorism, and unstable government officials headlining the news the last couple of years, the end of the world is at the forefront of most everyone’s mind. As a reflection of that, there are more books about the apocalypse and dystopian times than ever. I’ve rounded up 20 of the best post-apocalyptic books of 2019, with a few apocalypse-adjacent books in the mix (meaning dystopias or imminent apocalypse books.) And I’ve also added a few more titles at the end that are still to come this year. (And for you really big end of the world fans, here’s last year’s list, and a discussion of dystopian YA.)

Oh, and my favorite post-apocalyptic novel? While I could rattle off a couple dozen that I love, I’d have to say that A Canticle for Leibowitz by Walter J. Miller Jr. is my all-time favorite.

The Best Adult Post-Apocalyptic Books of 2019 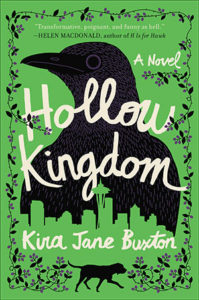 Sorry, other books, but I have to admit that this is my favorite “world is ending” book of 2019. S.T. is a foul-mouthed domesticated crow who is trying to figure out why his human friend, Big Jim, has started acting funny. For starters, Big Jim’s eyeball falls out on the lawn, and he doesn’t seem to care. Now he’s in the basement, scratching at the wall. When things at home become untenable, S.T. goes out into the world to try and find a way to help Big Jim, and learns the end has come for all humans. Narrated by animals, this is a wild and hilarious novel with lots of heartfelt humanity.

Year of the Orphan: A Novel by Daniel Findlay

A young girl known as the Orphan scavenges to survive in the harsh Australian outback after the apocalypse. She is also being pursued by one known as the Reckoner.

Storm of Locusts (The Sixth World) by Rebecca Roanhorse

Starring Maggie Hoskie, Diné monster hunter, this one starts four weeks after the events at the end of Trail of Lightning. In this novel, she’s attempting to rescue her friend from a mysterious cult.

Set in a future California, where lying is the greatest crime of all. There’s a vast conspiracy among the Speculative Service, a group of police officers with the ability to detect lies with their minds. 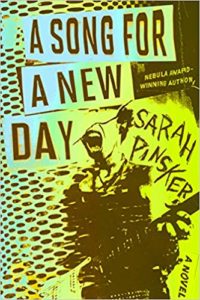 A Song for a New Day by Sarah Pinsker

In the After, where the government has banned public gatherings including concerts, promising musician Luce Cannon looks to bring music to the people even if it means holding illegal concerts and breaking the law. Rosemary Laws finds amazing musicians and brings their music to people through virtual reality, but it means having to go out in public and risk being caught.

Trouble No Man by Brian Hart

In an America of a near future, violent separatist militias have taken over northern California and the Pacific Northwest. (Which are a now a desolate wasteland due to a lack of water and fuel.) A man travels among them, searching for his missing family, his bike his only means of travel, his dog his only companion.

A group of people in America are suddenly plagued by a strange illness that makes them sleepwalk. They all seem headed for the same place, their friends and loved ones shepherding them on their journey. And as the world around them collapses, a violent militia attempts to use people’s fear of the sleepwalking phenomenon as a power grab.

Civilization adopts a new holiday, in which they celebrate every May 28 as if it’s the last day on Earth. In this novel, readers follow several characters as they work on their chances for redemption. 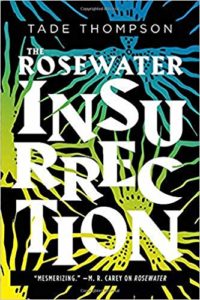 The Rosewater Insurrection (The Wormwood Trilogy) by Tade Thompson

The second in Thompson’s Wormwood trilogy, which features humans in Nigeria after aliens have arrived and made contact with Earth, and built a mysterious biodome that divides the people of the town.

All City by Alex DiFrancesco

In near-future New York City, a storm has driven most of the residents out of the city. The only ones left are those unable to find a way out. Several of them take up residence in an abandoned condo association, where mysterious murals by a street artist begin attracting the attention of the media.

The Chaos Function by Jack Skillingstead

A journalist mourning the loss of her love, an aid worker, discovers the secret to bringing the dead back to life, which brings the world to the brink of disaster.

Orpen was raised in isolation after the apocalypse on a small island off the coast of Ireland. But she longs to find other survivors, a move that would mean risking the flesh-eaters on the mainland. 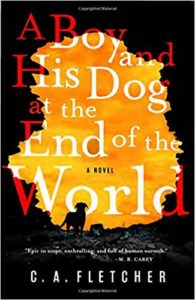 A Boy and His Dog at the End of the World by C. A. Fletcher

Griz risks his life to find his best friend, when he sets off across the ruins of his country to find his beloved dog, Jess, who was stolen by a stranger.

The Lightest Object in the Universe by Kimi Eisele

After the end times, when the economy and and electrical grid collapses, Carson sets out from the East to find his love, Beatrix, on the West coast, meeting lost souls and opportunists along the way. 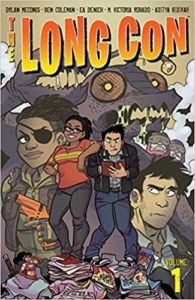 Everything in the world has been destroyed in the apocalypse, except for a 50-mile radius around the Los Spinoza Convention Center, where a pop culture convention was being held.

We Are Here Forever by Michelle Gish

In the future, the human race disappears and is replaced by adorable, seemingly harmless purple creatures called the Puramus.

A hazmat-suited postal worker in a post-apocalyptic land delivers letters to survivors in their bunker. 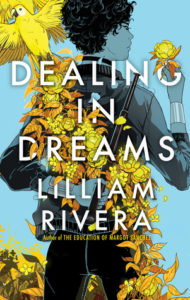 In a Mad Max–style world, the leader of a violent girl gang in Mega City wants out, but she’ll have to prove herself worthy of moving into the city’s exclusive tower by performing a dangerous task: find the mysterious Ashé Ryders.

In a near-future America, 17-year-old Layla Amin and her parents are forced into an internment camp for Muslim American citizens. Layla and others inside the camp must work to plan a revolution against the camp’s director.

Two teens meet in Kansas on the very day the world starts to end, for real, with wild storms, pink lightning, and blood rain. They’ll have to decide how they want to spend their last days. 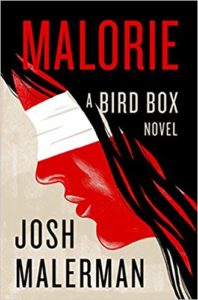 The wait is almost over! Fans of Bird Box will finally find out what happened…after the events at the end of the first book. (What, did you think I was going to spoil the end of Bird Box? No way, it has only been out five years!) This is sure to be a bestseller. Fun fact: The film adaptation of Bird Box was watched by over forty-five million Netflix accounts in the first week, the best first seven days ever for a film on the platform. 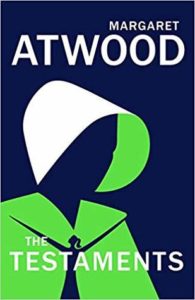 The Testaments: A Novel by Margaret Atwood (Sept. 10)

Thirty-four years after the publication of The Handmaid’s Tale (and one film and one television series later), Atwood is answering burning questions from the novel with a sequel. According to the description, The Testaments “picks up the story fifteen years after Offred stepped into the unknown, with the explosive testaments of three female narrators from Gilead.”

A dead star, eight light years away, showers the Earth in radiation. Within a year, everyone over the age of 13 will die, so the adults seek to teach the children everything before time runs out.

In this Handmaid’s Tale-ish YA novel, girls are believed to be irresistible and dangerous in their 16th year, so they are banished for a grace year. But not all will survive to return.

In a war-torn Nigeria of the future, after nuclear disasters and climate change have ruined the planet, where soldiers are now outfitted with bionic parts and genetically created organs for war, two sisters, Onyii and Ify, will have to fight for what they want.

The Toll (Arc of a Scythe) by Neal Shusterman (Nov. 5)

The last in Shusterman’s Scythe trilogy about a group of people in the future who are responsible for thinning the population.