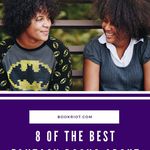 This guest post listing fantasy books about siblings comes to us from Fonda Lee. Fonda is the author of the Green Bone Saga, beginning with Jade City (Orbit), which won the 2018 World Fantasy Award for Best Novel, and continuing in Jade War, which released to widespread acclaim in July of 2019. She is also the author of the science fiction novels Zeroboxer (Flux), Exo, and Cross Fire (Scholastic). Fonda’s work has been nominated for the Nebula, Andre Norton, and Locus Awards, and been named to Best of Year lists by NPR, Barnes & Noble, Powell’s Books, and Syfy Wire. Fonda is a recovering corporate strategist, black belt martial artist, and action movie aficionado residing in the Pacific Northwest. You can find Fonda online at www.fondalee.com and on Twitter @fondajlee.

Sibling bonds are hands down my favorite type of relationships in literature. Maybe it’s because of my closeness to my own brother (I dedicated my novel Jade City to him). Maybe it’s because, as a child and young adult, many of my favorite characters were siblings: the Murry children in A Wrinkle in Time, the Pevensies in Chronicles of Narnia, the Teenage Mutant Ninja Turtles, F’lar and F’nor in the Dragonriders of Pern, Faramir and Boromir in Lord of the Rings. Or perhaps, as a writer, I can’t resist the well of rich storytelling potential in brothers and sisters. Sibling relationships tend to be the longest ones we have in our lives, and for an author, that means plenty of backstory to mine and plenty of narrative runway for love, loyalty, and rivalry. 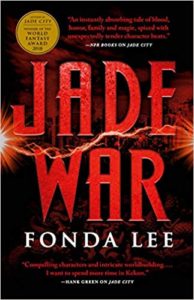 My latest novel, Jade War, the sequel to the World Fantasy Award–winning Jade City and the second book in the Green Bone Saga, is centered on the siblings of the Kaul family. Lan, Hilo, Shae, and Anden might lead one of the most powerful clans in the fictional metropolis of Janloon, and have been trained to wield rare magic jade that gives them wuxia-style superhuman martial arts powers against ruthless rival clans and foreign crime bosses, but the relationships between them—layered with resentments and misunderstandings, affection and allegiance, shared victories and tragedies—lie at the heart of the story and drive so many of their fateful choices.

Here are eight fantasy novels (other than Game of Thrones!) that feature sibling relationships. 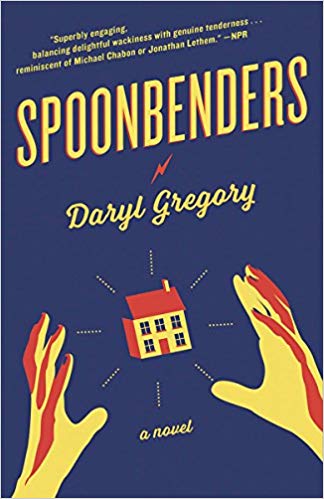 Spoonbenders by Daryl Gregory stars the three children of legendary con man Teddy Telemachus, who all have unusual gifts, but very little else in common. Long-suffering big sister Irene is an out-of-work single mom, middle child Frankie is in debt to the Mob, and Buddy…who knows what’s up with Buddy. Their dysfunctional family interactions are by turns hilarious and heartfelt.

City of Lies by Sam Hawke, the first book in the Poison War trilogy, centers on a brother and sister who’ve been trained since birth to work together as bodyguard and spy to protect the Chancellor of the city-state Silastra. Their caring relationship remains the focal point of the story, and while Kalina’s disability caused her intended role to be passed to Jovan, both siblings have equally vital roles to play in solving the mysterious murders which threaten their society.

The Prices are a large, sprawling family of cryptozoologists in Seanan McGuire’s urban fantasy InCryptid series. Verity, Alex, and Antimony have to balance ordinary concerns and careers (such as ballroom dancing, zookeeping, and figuring out what to do with one’s life) with the family profession of studying and containing monsters, yet they still have energy left over for plenty of sibling snark. 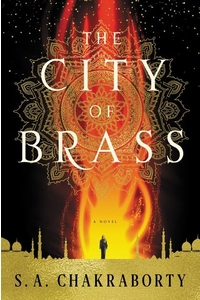 Alizayd, Muntadhir, and Zaynab in S.A. Chakraborty’s Daevabad trilogy are a trio of siblings with a lot of weight on their shoulders. After all, their father, King Ghassan, rules a city that’s balanced on a knife’s edge and ready to explode with factional violence. As if sibling relationships weren’t complicated enough without royal politics and murderous ifrits and marid.

The imaginative Bone Witch YA fantasy trilogy by Rin Chupeco begins with witch-to-be Tea accidentally raising her brother from the dead, thus discovering that she is to be one of the infamous necromancer Dark Asha. That’s one heck of a sibling bond.

Breanna and Kael Skyborn, the starring twins in David Dalglish’s Seraphim trilogy, are badass magical winged warriors, but they’re brother and sister first. Orphaned after their parents’ death, Bree and Kael care for and compete with each other in the training Academy, are pulled in different directions by war, and will sacrifice anything for each other in the end. 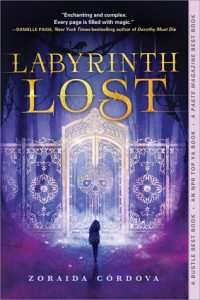 The three magical Mortiz sisters—Lula, Rose, and Alejandra—are the stars of Labyrinth Lost and Bruja Born by Zoraida Córdova. The sisters have different powers and different attitudes and challenges related to their abilities. The sisterly bond between them and the importance of family, however, runs tight through the story, infused with rich world-building and Latinx culture.

The Liveship Traders trilogy by Robin Hobb are doorstopper books that will scratch your itch for pirates on the high seas. The series centers on the Vestrit family and their ship, Vivacia, which comes alive and aware after three generations of Vestrits have lived and died aboard. Talk about weighty family legacy and plenty of potential for scheming, rivalry, and tense family dinners.