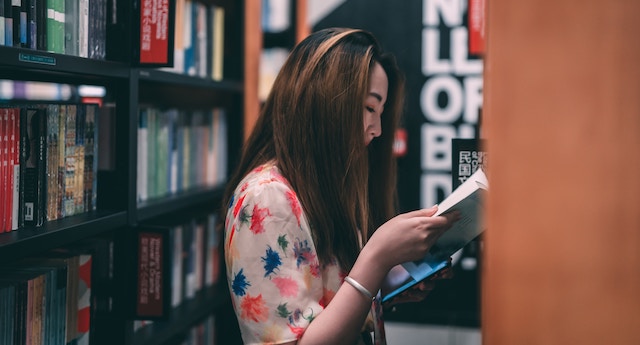 Ready for some great small and independent press books? I’m especially excited about this month’s list of new releases. It includes two works of nonfiction, one a memoir in translation and one that’s part memoir, part current events/sociology. It also includes four novels, three of which are in translation. They range from coming-of-age novels to realistic fiction to gentle satire. It’s Women in Translation month, and fully half of my list is by a woman in translation, so picking one (or more) of these up is a great way to celebrate. I loved reading these books, and I hope you do too! 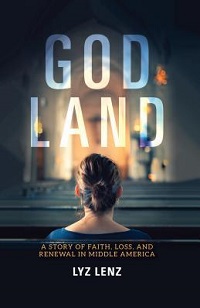 God Land is a book about loss on a personal and cultural level. It’s about Lyz Lenz’s loss of a church, a marriage, and confidence in many of the people she had trusted. It’s also about Middle America’s ongoing loss of churches and the community, confidence, and identity that came with those institutions. It’s part social history, part memoir, and it grapples with what makes it possible for a region to be so devout and also so supportive of Trump. Lenz’s own story is moving as she describes the pain of realizing how different she and her Trump-supporting, conservative husband had become—or maybe always were. She traveled extensively, visiting many churches and interviewing a wide range of people, and her insights into Midwestern culture are illuminating. She writes as a native Midwesterner and Christian, and serves as an invaluable guide to a vital but rapidly-changing region. The Remainder, shortlisted for the 2019 Man Booker International Prize, tells the story of three friends on a road trip. This is not a light, rollicking road trip novel, however: two of the friends are helping the third find the body of her recently-deceased mother. The novel is set in Santiago, Chile, and grapples with the legacy of the country’s violent history by looking at how it has affected the children of those involved. Iquela and Paloma met as children and are reunited as adults after the death of her mother. Iquela and Felipe grew up together, and Felipe now roams the streets of Santiago seeing bodies of the dead—real and imagined—everywhere. He is convinced that he needs to account for all who have died. Alia Trabucco Zerán’s writing is gorgeous: she captures the courage, vulnerability, and suffering of her characters beautifully, switching back and forth between Felipe’s wandering thoughts and Iquela’s sensitive attempts to understand her experiences and emotions. 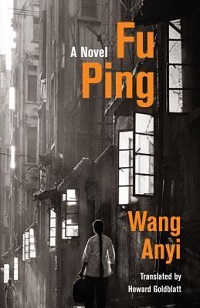 Fu Ping is a fascinating look at what life was like for working-class women in Shanghai in the mid-20th century. Fu Ping is a young woman from the countryside who comes to Shanghai to stay with Nainai, whose grandson she has agreed to marry. But Fu Ping is less agreeable than Nainai expects, and she refuses to talk about her future plans and even whether she will marry the grandson at all. Nainai—and no one else, for that matter—doesn’t know quite what to make of her. The novel is digressive, full of stories about Nainai’s friends and neighbors, Fu Ping’s family members, and various other people in their circles. The plot is very simple, but the book is really most interested in capturing what daily life was like, especially for women and children. It’s about their struggles to find work, put food on the table, and find ways to improve their difficult lives. It’s an invaluable look at a world shaped by tradition but subject to changes brought by city life and shifting political structures. 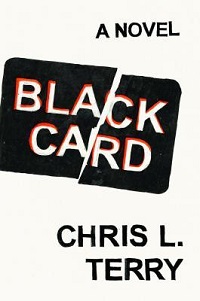 The novel Black Card contains a literal Black Card that its narrator is desperately trying to win back. He’s the son of a black father and Irish American mother, and his skin color means he can pass as white—at least some of the time, with some people. His looks are ambiguous enough that he’s never sure how people perceive him, and he’s unsure what to think about himself. IS he black enough? Why doesn’t he feel like he is? His friend—imaginary friend?—Lucius originally gave him his Black Card, but then took it back because the narrator kept silent after someone made a racist comment. The narrator is in his early 20s, working at a coffee shop, playing in a punk band, and trying to get a date with Mona, his coffee shop colleague who seems appealingly comfortable in her own skin. But then he gets pulled over and events take a darker turn. The novel is a funny, warm take on serious subjects, exploring race and identity in America with depth, nuance, and humor. 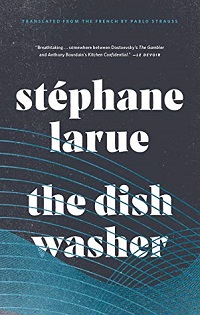 Somehow, this novel makes dishwashing utterly absorbing. The Dishwasher tells the story of a young, music-obsessed man in Montreal with a gambling addiction. He’s in college studying graphic design, but he’s been skipping class. He owes several friends money, and he’s feeling increasingly desperate. So he takes the first job that comes his way: washing dishes in the sort of fancy restaurant he never goes to himself. And then…he washes dishes. And preps food. And hauls pots and pans up and down the stairs. And does a thousand other things, including panicking that there’s no way he can get all this work done in time. He works with a diverse group of fellow laborers, each with their own problems. And he tries not to gamble again. The tension created by the protagonist’s desperate efforts to stop gambling and to keep from falling behind in the dishpit made it difficult to put this novel down. This is an utterly engrossing look at addiction, city life, music, and work. 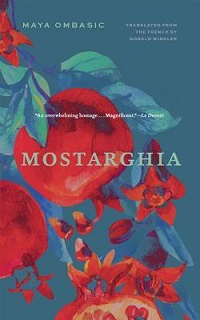 The word “Mostarghia” is a combination of “nostaglia” and “Mostar,” the city in Bosnia Herzegovina where Maya Ombasic spent her early years. When civil war broke out in Yugoslavia in the 1990s, her family suddenly became refugees, fleeing first to Geneva, Switzerland, and then to Canada. Prompted by the death of her father, an outsized personality who loved Mostar and suffered deeply from exile, Ombasic explores their complicated relationship and describes her family’s experiences as refugees. The book is written in the second person, directed at Ombasic’s father, so it becomes a conversation with a lost loved one as well as a meditation on nations, cultures, and exile. Ombasic’s descriptions of her refugee experiences are fascinating and timely, and anybody who wants to think deeply about what happens when people are forced to leave their homelands will want to pick this book up.

Want more great independent press books? Check out some of the releases from earlier this summer in June and July.