Recently, Macmillan Publishers announced a new library ebook lending model. “More than a year after imposing a controversial four month ‘test’ embargo on new release e-books in libraries from it’s Tor imprint, Macmillan announced that it will now impose a two month embargo on library e-books across all of the company’s imprints. The terms take effect November 1.” 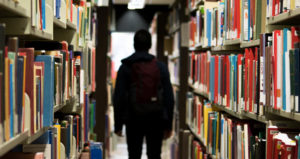 But Macmillan is doing nothing new. They are simply following the lead taken by Penguin Random House and Hachette Book Group, who also recently announced that they have eliminated perpetual access for libraries and replaced it with a two-year access model. Simon & Schuster changed from a one-year to two-year access model. But what makes Macmillan’s decision so interesting, and quite perplexing, is the eight-week embargo they have implemented on library ebooks. For those of you who are not familiar with what this means, library systems will now be allowed to purchase a single perpetual access ebook during the first eight weeks of publication for each new Macmillan release. Additional copies will then be available after the eight-week window has passed. Only one copy for eight weeks! This will hurt large public library systems whose holds lists can be in the hundreds for a single ebook. I mean, what the fuck!

As a Collections & Acquisitions Librarian, I am extremely frustrated with Macmillan’s decisions to implement this embargo. What Macmillan’s CEO, John Sargent, failed to take into account are the massive holds that libraries will experience during this embargo. Even now, I cannot purchase any ebook one week by a popular author without having to repurchase additional licenses for the next few weeks due to the massive amount of holds many ebooks have. Our patrons become quite frustrated with holds because who wants to wait months and months to be able to finally read a book that was published several months prior? Their frustration, in many ways, is quite justified.

So, as many libraries see dwindling budgets year after year, collections librarians have to make even tougher decisions about what ebooks to purchase and how many additional licenses they should purchase. It is all dependent on a library’s budget, and while some libraries have healthy budgets, smaller libraries simply do not. The American Library Association’s (ALA) president, Wanda Kay Brown, denounced Macmillan’s decisions saying, “Macmillan Publishers’ new model for library e-book lending will make it difficult for libraries to fulfill our central mission: ensuring access to information for all. When a library serving many thousands has only a single copy of a new title in e-book format, it’s the library—not the publisher—that feels the heat. It’s the local library that’s perceived as being unresponsive to community needs.Macmillan’s new policy is unacceptable. ALA urges Macmillan to cancel the embargo.”

Sargent rebuttal was that: “Our new terms are designed to protect the value of your [libraries] books during their first format publication. But they also ensure that the mission of libraries is supported.” But what truly pissed many librarians off is that Sargent stated that libraries “are cannibalizing our digital sales.” What it all comes down to, even though Sargent will not admit it publicly, is that this new lending model is a ploy to get readers to purchase new titles on their own. The assumption is that library users will grow increasingly frustrated with the long holds on new ebooks, and will just go out and buy the book instead. The demand for new books is obviously at its peak during a book’s initial publication.

Many believe this will all have a negative effect on Macmillan. While Sargent and company feel that this is in their best interest, and supposedly in the best interest of authors, many in the library field and publishing industry don’t agree. Libraries get to introduce fresh new ebooks and authors to their patrons at no cost to the publisher. It is free advertisement, but now the embargo will have many libraries thinking twice about spending their money at all on these new ebooks. Limiting libraries to just one ebook license for eight weeks puts the library and its users at a serious disadvantage. How many times have you gone to a library and have browsed the stacks hoping to come upon an author that you never heard about? The same can be said for ebook readers. When they browse digital shelves, they are looking for the next great author/book. But when the book is unavailable, the patron is forced to decide whether they should place the book on hold and potentially wait months for it, whether they should just go buy the book on their own, or whether they should just forget about reading the book altogether. It is a crap decision to have to make.

Only time will tell how this all plays out. For now, I am okay with being pissed off at Macmillan’s embargo. More information about this can be found on The Wall Street Journal, Publisher’s Weekly, and American Libraries online.