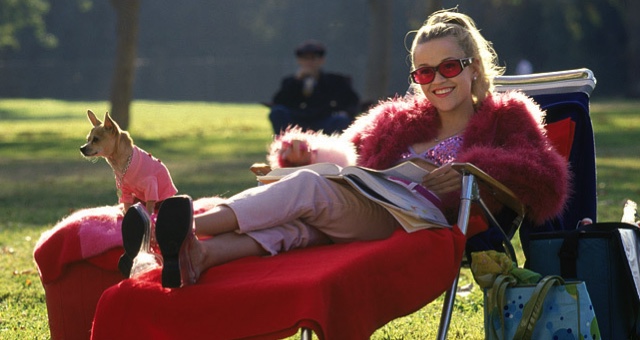 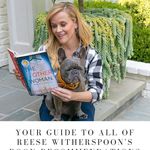 In case you haven’t noticed, Reese Witherspoon’s book recommendations are kind of a big deal these days. The actress started posting about her reads on Instagram several years ago and has now turned her love of reading into a full-fledged business. In addition to launching Reese’s Book Club (which has its own social media account and, yes, its own yellow stamp of approval on book covers), Witherspoon has also founded her own media and production company, Hello Sunshine, which has had big success adapting novels into noteworthy film and TV projects (hello, Big Little Lies!).

Whether you’re a longtime fan of the star or just a fellow bookworm, you may be interested in checking out some of Witherspoon’s suggestions. When it comes to picking a great read, she’s proven to have great taste—particularly when it comes to spotlighting works written by women.

Her book club picks, as well as her past recommendations on Instagram and in interviews, range widely in genre and style, from insightful memoirs to just-released thrillers. So every reader has a great chance of finding a title that suits their preferences.

To find the next additions to your TBR list, check out a comprehensive list of Reese Witherspoon’s book recommendations below:

The Henna Artist by Alka Joshi


Category ID: 476
Category ID: 14292
Check Your Shelf Newsletter
Sign up to receive Check Your Shelf, the Librarian's One-Stop Shop For News, Book Lists, And More.
Thank you for signing up! Keep an eye on your inbox.
By signing up you agree to our terms of use
Untamed by Glennon Doyle
The Jetsetters by Amanda Eyre Ward
The Scent Keeper by Erica Bauermeister
Such A Fun Age by Kiley Reid

If one of your #NewYearsResolutions 💫 is to read more books… I have a GREAT one for you! Our January book pick is #SuchaFunAge by @KileyReid. You'll follow a young women's journey of self-discovery after she's wrongfully accused of kidnapping a child. This story is a beautiful conversation starter about race, privilege, work dynamics… I can't wait to hear your thoughts! Follow along at @reesesbookclub 📚2️⃣0️⃣2️⃣0️⃣📚

This book gives me all the feels! My May pick for @reesesbookclubxhellosunshine is #FromScratch by @tembilocke. This beautiful memoir takes us on Tembi’s personal journey of love, parenthood, and ultimately the loss of her husband. She learns to heal in the most beautiful way—through the support of three generations of women—and yes, there’s Italian food. Lots and lots of Italian food! I can’t wait for you to fall in love with this book the way I did. Follow along at @reesesbookclubxhellosunshine!

Ok y'all, it's spooky season and my November @reesesbookclubxhellosunshine book pick – #TheOtherWoman by @sandiejones_author – has one of most twisted and entertaining plots. When Emily meets Adam, she thinks she’s found the one—but it’s not long before another woman tries ruin their relationship. And folks… that woman is HIS MOTHER. I can’t wait for y’all to read it because I NEED to discuss that ending with you! 😲

Eleanor Oliphant Is Completely Fine by Gail Honeyman
The Alice Network by Kate Quinn
The Lying Game by Ruth Ware
Little Fires Everywhere by Celeste Ng
The Rules of Magic by Alice Hoffman
This Is the Store of a Happy Marriage by Ann Patchett
The Last Mrs. Parrish by Liv Constantine

You will not be able to put down our December book pick, #TheLastMrsParrish by @LivConstantine2! It’s a psychological thriller about a woman who conceives a plan to manipulate her way into the life of a married couple. Filled with envy, deception, and power, it’s a great reading escape. And there is a thrilling twist at the end !! @reesesbookclubxhellosunshine

Where the Lights Get In by Kimberly Williams-Paisley
Pretty Happy by Kate Hudson
The Story of a New Name by Elena Ferrante
The Testament of Mary by Colm Toibin
Wildflower by Drew Barrymore
Why Not Me? by Mindy Kaling
The Clasp by Sloane Crosley
Before The Fall by Noah Hawley
The Girls by Emma Cline
Adulting: How to Become a Grown-Up in 535 Easy(ish) Steps by Kelly Williams Brown
To Kill a Mockingbird by Harper Lee
The Wonder by Emma Donoghue
The Dry by Jane Harper
Brave Enough by Cheryl Strayed
The Optimist’s Daughter by Eudora Welty
The Woman in Cabin 10 by Ruth Ware
Truly Madly Guilty by Liane Moriarty
The Goldfinch by Donna Tartt
A Wrinkle in Time by Madeleine L’Engle
The Wisdom of Sundays by Oprah Winfrey
American Like Me: Reflections on Life Between Cultures by America Ferrera
I’ve Got This Round: More Tales of Debauchery by Mamrie Hart
Luckiest Girl Alive by Jessica Knoll
Daring Greatly by Brené Brown