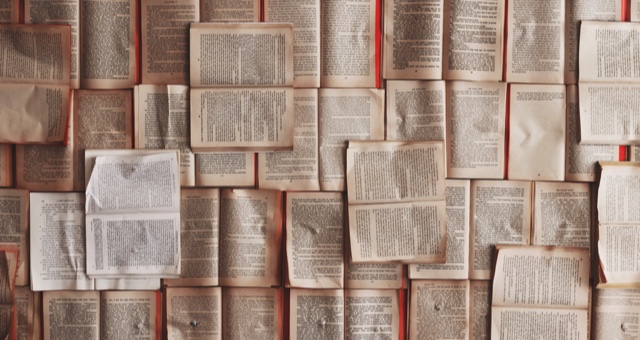 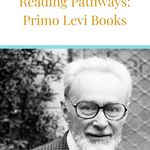 Had writing not worked out, Primo Levi, like Anton Chekhov, still would have made his parents proud. Chekhov was a Russian medical doctor who also happened to become one of the greatest short story writers and playwrights ever. (As he put it, “Medicine is my lawful wife, and literature is my mistress.”) Levi, an Italian Jew born in 1919, pursued chemistry as a teenager and young adult, as fascism loomed in Europe. He soon joined the resistance movement but was captured by militia members before being taken by Nazis to Auschwitz. Levi’s experience in the camp informed most of his writing, for which he received universal acclaim, but also haunted him for life. He died in 1987 after falling from his third-story apartment. Levi’s coroner ruled the death a suicide, but his close friends disagreed.

Here, presented on the centennial of his birth, is a suggested reading order of Levi’s work. For further reading about the Holocaust, check out these articles from Book Riot’s Jaime Herndon and Romeo Rosales. 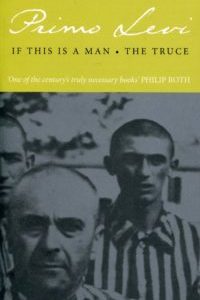 Begin with the Holocaust Memoirs

Because they tell of the most pivotal period in Levi’s life, the memoirs If This is a Man (given the generic title Survival in Auschwitz in the U.S.) and The Truce (aka The Reawakening) make for the obvious introduction to his writing. The former tends to play second banana to Elie Wiesel’s taut and vivid Night, and If This is a Man is indeed the more unassuming book…at first. It’s a step-by-step march through the Nazis’ dehumanization of the concentration camps’ prisoners. Levi begins as our levelheaded guide, and to read along is to witness him pushed to his mental breaking point. “Today, at this very moment as I sit writing at a table, I myself am not convinced that these things really happened,” he writes. Startlingly clear sentences like that appear occasionally, as if stepping forward to speak directly to the reader. 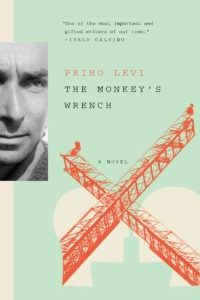 Check out The Monkey’s Wrench

A wild card in a bibliography marked by concise, clinical prose, The Monkey’s Wrench often reads like passionate ramblings because, well, that’s what it originated from. This kinda-sorta novel, made up of conversations between a writer-chemist (clearly a stand-in for Levi) and construction worker Libertino Faussone, was inspired by talks Levi had with several workers throughout his chemistry career. Faussone is a consummate storyteller, and it’s no surprise that the book drew praise from oral historian Studs Terkel, who is blurbed on the back of my copy; for long stretches, it reads not like a novel but rather a loony transcript. 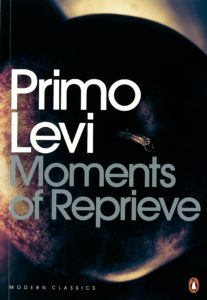 Move on to Moments of Reprieve

A further reckoning with Levi’s time in Auschwitz, Moments of Reprieve is an essay collection that pays tribute to several people Levi encountered during his incarceration and eventual freedom. The essays, some of which are only a few pages long, each function as character studies. Perhaps most touching is the one following barracks chief Otto, who surprises Levi through the tenderness he shows toward Polish prisoner Vladek and Jewish prisoner Ezra. Tenderness is the thread that runs through most of these stories, if you can even call them that. They’re more like hopeful, inspiring memories that stuck with Levi despite the permanently scarring experience of the camp. 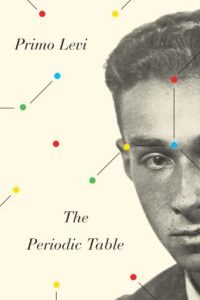 Finish with The Periodic Table

In the spirit of saving the best for last, I suggest holding off on The Periodic Table until you’ve read a good deal of Levi. The book resists easy categorization; on one hand, it’s the closest the man came to writing an autobiography, yet The Periodic Table also was named the greatest science book ever by the Royal Institution of Great Britain and even made The Guardian’s list of the 100 best novels. It’s essentially a book of stories, each one connected at least tangentially to an element (iron, potassium, etc.) but directly to Levi’s life, or beyond; the first, “Argon,” traces the paths of his ancestors, while “Lead” and “Mercury” are reprints of stories Levi wrote early in his life while working in mines. The autobiographical stories, along with the stirring closer that synthesizes Levi’s life itself with the scientific study he’s devoted it to, are where the book shines brightest. The writing is at once impeccably spare and so rich you could eat it with a spoon.