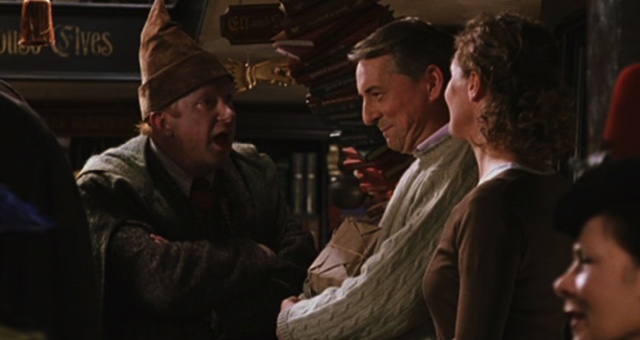 As I grow up and read more and more, I get frustrated with plots where it turns out that all the world’s wonders and tales are there due to portals and magic. I’m beginning to think of it as lazy world-building—it needs to be more complex than that for me now.

I’m less excited now about novels and world-building that look at our world and reveal that all of our great artists, writers, creatives, were secretly magic or had access to some sort of magic we didn’t. Isn’t it magic enough that they were able to create what they did? There are worlds out there where the reader is told that the strangest things of our existence, the big inventions, narwhals, the bioluminescent plants, all came from somewhere else, slipping in from magical realms. When I was a kid, such plots were interesting because everything was magical; but now, as an adult with a full-fledged appreciation for the wonders and horrors that humanity can create, I don’t like seeing these things attributed to external sources.

It feels like it makes the world less interesting, not more, to say that all the coolest things non-magical people have are secretly due to magic. I live instead now for worlds where people with and without magic are celebrated and necessary. Isn’t it a normal town blacksmith who makes your paladin’s sword? Does the best friend without magic come in handy when there are anti-magician wards? Are your magic-users in awe of what we created, just as we would be in awe of what they’ve done? My favorite worlds are the ones that appreciate non–magic users—or that celebrate the magic that’s inherent in the energies of our world.

The wonder that Mr. Weasley finds in Muggle contraptions is funny, but also real in the sense that wizards are bemused and puzzled by mechanics and engineering, and rather than seeing himself as “above” those, he wants to discover more—and wizards have to enchant many Muggle inventions in order to exist and get around. The Night Circus by Erin Morgenstern also does this well: while the magicians push and pull over magical wonders, there is a perfectly non-magical engineer, Ethan Barris, who helps them execute, and he too is given a tremendous amount of credit for what he has contributed to the circus. And then there’s the science fiction that takes the wonders of the world and highlights their own magics rather than attributing their magic to outside sources: from Nnedi Okorafor’s biological ships in Binti to the way many of N.K. Jemisin’s stories in How Long ’til Black Future Month? give places their own agency and magic.

When I was a child, the world was magic, and I’ve retained that. Our natural and created worlds are incredible. Look at bumblebees, who shouldn’t be able to fly. Look at a tree that’s hundreds of years old, or see a video of a gigantic water spout, or read about other wonders of our planet, and tell me that shit isn’t magical. Think about the giant, several-ton machine that humans have engineered to fly across oceans; next time you’re on the top floor of a skyscraper, look out and think about how high up you are, about the size and resistance of the windows, about air conditioning, and what someone from hundreds of years ago would say to see the kind of buildings we live and work in everyday. Think about Van Gogh’s art, about the worlds Neil Gaiman and Ursula K. Le Guin have created, about Florence and the Machine’s otherworldly music.

People are inherently wondrous, and we create awesome things, some good and some bad; and our ability to create and craft should be more complicated than a fantasy twist of “all our legends were real, just in the magical world,” or “all our inventions are leaks from portals into other worlds.” Our world is incredible. It takes something away to attribute that to magic. From now on, I’ll be actively seeking fantasies that recognize the magic already inherent in our world.