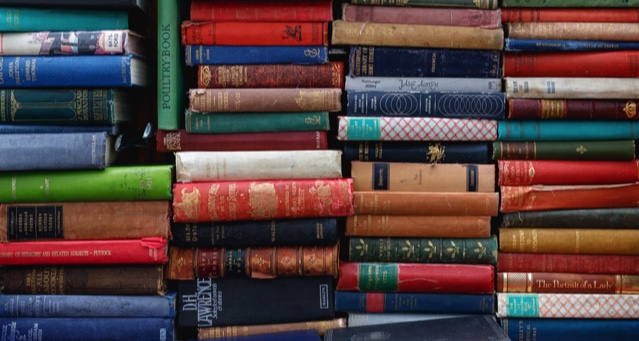 As members of the great cult of book worshipers, the idea of a 24-hour book shed sounds like a dream come true. The idea is simple: this tin shed is open all the time, unstaffed, and people can pay what they want into a box in the shop.  You’ll never be without a book. Leave the house on your way to work without a book to read? Book shed. Tipsy on beers and cocktails and feel a hankering for drunken book shopping? Book shed. Late night walks contemplating the meaning of life? There’s the book shed for you.

So when I met Yarran L. Jenkins at the Colorado Antiquarian Book Seminar that we both were attending, I had to learn more about his book shed. Jenkins kindly gave me some of his time during a truly jam-packed week of everything and anything antiquarian books. He runs two bookshops in Brisbane, Australia, the aforementioned 24-hour book shed as well as The Book Merchant Jenkins, a rare and antiquarian bookshop.

We found a few treasures during a recent late night stop at this 24-hour, pay-what-you-want-or-can "bookshed" in Brisbane, Queensland! A #bookreview or two to come…

The Bardon 24-hour Book Shed has been open for five years, come this October. It started as an outgrowth of the bargain section of Jenkins’s main bookshop, but when his main shop moved, the book shed remained. It’s filled with books priced at $1–2. The shop also takes donations, many donations.

Jenkins knew the model could work based on his own experiences as a kid. “When I was a kid growing up on Tamborine Mountain, we grew avocados and other produce. We’d put [a box] at the end of the gate,” he explained, “That was something that I had grown up doing so I knew that it was a model that I had some experience with.”

The book shed has developed a following. Jenkins has three guest books that are completely full of comments. When I asked him why the book shed was so important, he said, “It’s definitely become far more important than I ever thought cause it was definitely just another part of my life of handling books,” he says. “I definitely had no idea whether it was even gonna function nor work as it did. It’s becoming this really important place because of the way people use it and the way people access it.”

He explains that one of the few interchanges that he overheard when he happened to be in the shed was between a daughter and her father. The daughter was saying they could just take books without leaving any money but the father told her, “if we don’t put money in the box, then it won’t be here the next time we come.”

He appreciates how the Book Shed can be a place where “parents are being able to teach their kids; people being able to come and shelter in a storm, or late at night.” The guestbook has kind notes from people including an incredible note from a suicidal person who found solace in the shelves: “You have saved a life this night and for that I will be forever in your debt,” as reported in a 2014 ABC article.

Some people, however, are confused by the concept. “They have no point of reference for it and they have no context,” Jenkins says. Some people say it’ll never last, not realizing the Book Shed has been around for several years.

However, not everyone does put money in the till. He remembers the first time he saw a customer leave and found no money in the box: and realizing “the sort of philosophical moment of letting go.”

Interestingly, he finds that people take off with peripheral things that aren’t the books. He’s had little trinkets found from the local charity shop or plants. But Jenkins notes that there’s no way of knowing, perhaps they did put something in the till. But there’s a circular process to it all. He notes that he has these little stools that disappear over time and then someone will drop a bunch more off.

However, Jenkins points out that he doesn’t see his work on magical terms. “I try and do is dispel the romance. People like to think of it romantically. So I like to remind them of the dust and silverfish, and heavy boxes,” he says. “Some people say it’s a labor of love and I don’t know if I like that statement either. I don’t know if I have a better explanation for what it is. ‘It’s just my life or something’ doesn’t seem to be the right statement either. I have a certain romanticism myself with people who work in factories for their whole life. Just how they could possibly do that, I find amazing. I think it’s on par. But it is lovely and I do love it.”

If you are near Brisbane, Australia, you can figure out what you think at 3 Morgan Tce, Bardon.

If you are interested about other ways that places have sold books in curious ways, there are several book vending machines in New York, Singapore, and Portland. There’s the Read and Return program of Paradies Lagardère that is located in hundreds of airports. In 2016, there were reports of a gumball machine that dispensed poems. And there’s awesome bookmobiles. Then there’s the delightful movement of Little Free Libraries found all over the world.

What other creative ways have you seen people sell or give away books?