This Riot Recommendation listing for your favorite books about fictional pop stars is sponsored by Famous People: A debut novel by Justin Kuritzkes and Henry Holt & Co. 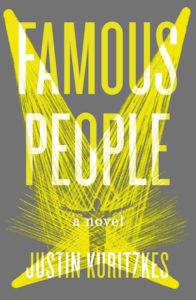 Fall by by Kristen Callihan

The Wicked + The Divine by Jamie McKelvie, Kieron Gillen