Joan Didion’s distinctive style and impeccable sense of character and irony have made her one of the best-known prose writers of our time. I found The Year of Magical Thinking the year after I graduated from college and I continue to regret all of the Didion-less years before then. In celebration of her extensive body of work, I have collected a few of my favorite Joan Didion quotes. They are very loosely grouped by theme because I cannot pick only one favorite where Joan Didion is concerned.

“I will be her witness.” —A Book of Common Prayer 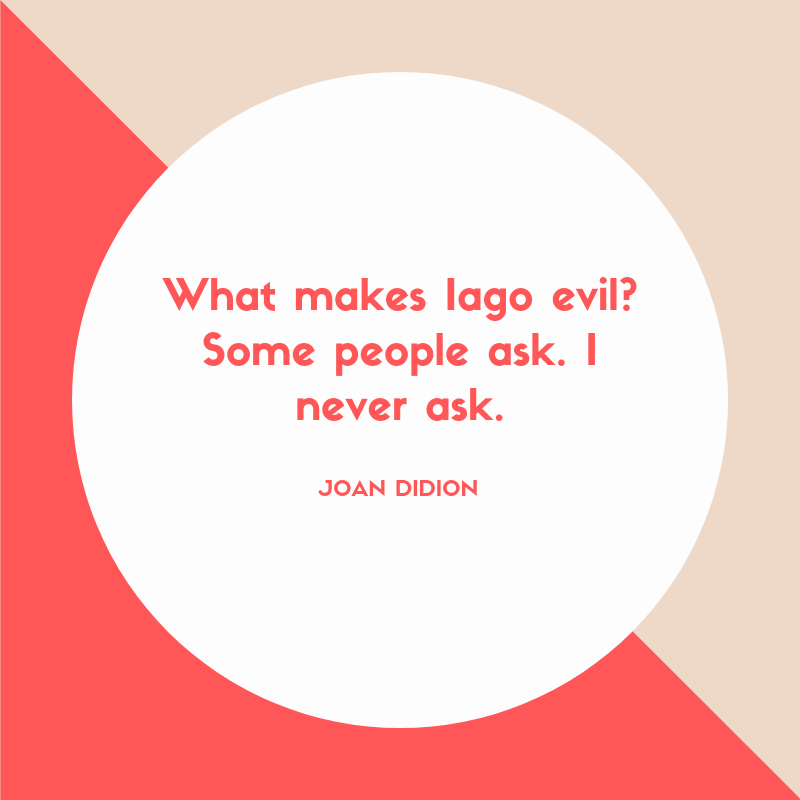 “Terror is the given of the place.”  —Salvador 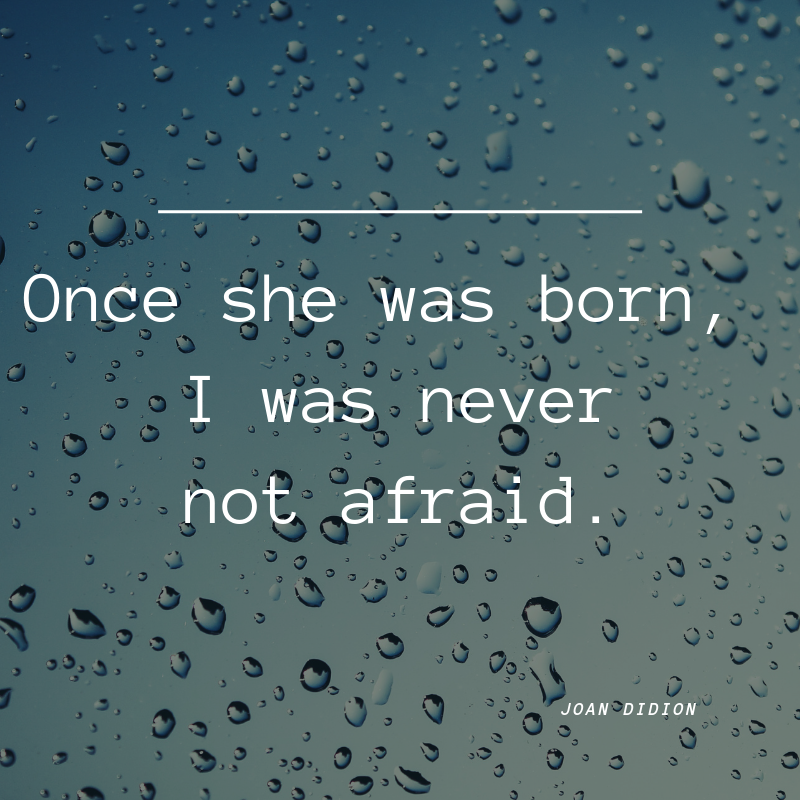 “I don’t think anybody feels like they’re a good parent. Or if people think they’re good parents, they ought to think again.”

“When we talk about mortality we are talking about our children.”

“Quite often you want to tell somebody your dream, your nightmare. Well, nobody wants to hear about someone else’s dream, good or bad; nobody wants to walk around with it. The writer is always tricking the reader into listening to their dream.”

“As it happens I am still committed to the idea that the ability to think for one’s self depends upon one’s mastery of the language, and I am not optimistic about children who will settle for saying, to indicate that their mother and father do not live together, that they come from ‘a broken home.’”

“The impulse to write things down is a particularly compulsive one, inexplicable to those who do not share it, useful only accidentally, only secondarily in the way that any compulsion tries to justify itself.”

“Keepers of private notebooks are a different breed altogether, lonely and resistant rearranges of things, anxious malcontents, children afflicted apparently at birth with some presentiment of loss.”

“I write entirely to find out what I’m thinking, what I’m looking at, what I see and what it means. What I want and what I fear.”

“Grammar is a piano I play by ear. All I know about grammar is its power.”

“My only advantage as a reporter is that I am so physically small, so temperamentally unobtrustive, and so neurotically inarticulate that people tend to forget that my presence runs counter to their best interests. And it always does. That is one last thing to remember: writers are always selling somebody out.”

“Character—the willingness to accept responsibility for one’s own life—is the source from which self-respect springs.” 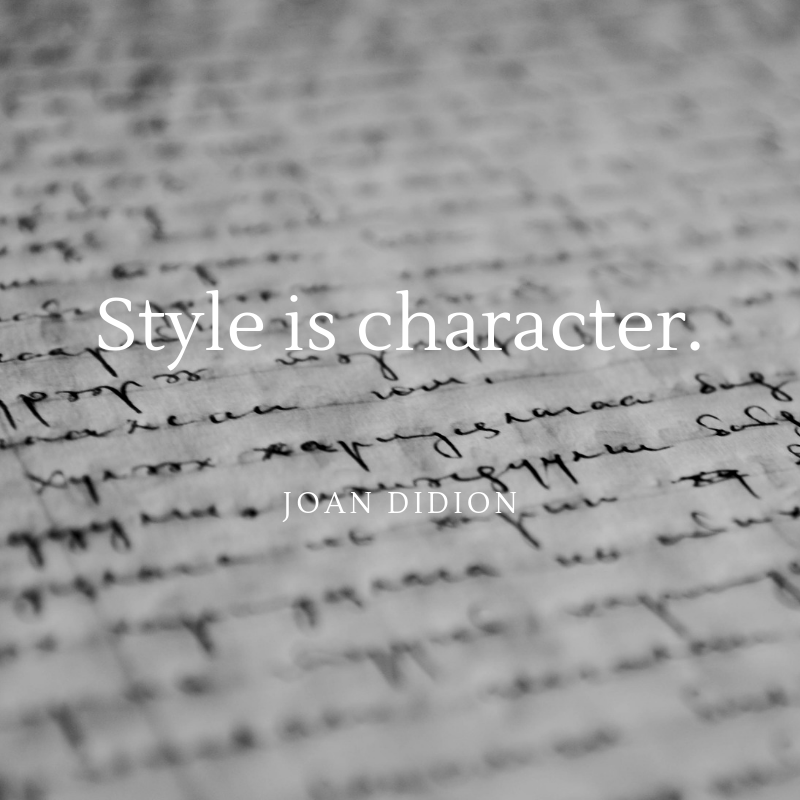 “The future always looks good in the golden land, because no one remembers the past.”

“California is a place in which a boom mentality and a sense of Chekhovian loss meet in uneasy suspension; in which the mind is troubled by some buried but ineradicable suspicion that things better work here, because here, beneath the immense bleached sky, is where we run out of continent.”

“Marriage is memory, marriage is time. Marriage is not only time: it is also, paradoxically, the denial of time.”

“Joan Baez was a personality before she was entirely a person, and, like anyone to whom that happens, she is in a sense the hapless victim of what others have seen in her, written about her, wanted her to be and not to be.”

“During the blue nights you think the end of day will never come. As the blue nights draw to a close (and they will, and they do) you experience an actual chill, an apprehension of illness, at the moment you first notice: the blue light is going, the days are already shortening, the summer is gone.”

“I think we are well advised to keep on nodding terms with the people we used to be, whether we find them attractive company or not. Otherwise they turn up unannounced and surprise us, come hammering on the mind’s door at 4 a.m. of a bad night and demand to know who deserted them, who betrayed them, who is going to make amends.”

“It is easy to see the beginnings of things, and harder to see the ends. I can remember now, with a clarity that makes the nerves in the back of my neck constrict, when New York began for me, but I cannot lay my finger upon the moment it ended, can never cut through the ambiguities and second starts and broken resolves to the exact place on the page where the heroine is no longer as optimistic as she once was.”

“… one of the mixed blessings of being twenty and twenty-one and even twenty-three is the conviction that nothing like this, all evidence to the contrary notwithstanding, has ever happened to anyone before.”

“I did not want to finish the year because I know that as the days pass, as January becomes February and February becomes summer, certain things will happen. My image of John at the instant of his death will become less immediate, less raw. It will become something that happened in another year.”

“A single person is missing for you, and the whole world is empty.”

“That was the year, my twenty-eighth, when I was discovering that not all of the promises would be kept, that some things are in fact irrevocable and that it has counted after all, every evasion and every procrastination, every mistake, every word, all of it.” 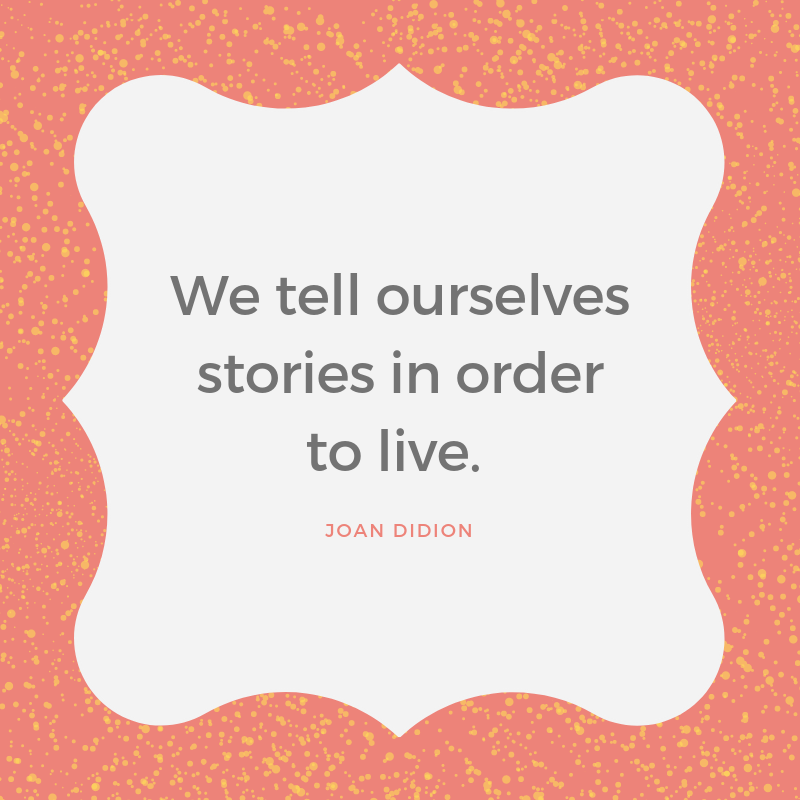 Want to cover your walls with Joan Didion quotes? Of course you do. Find the best accessories based on her works on Etsy.