As a Brit in the U.S., I’m forever championing books from my home country – you may have seen my monthly posts about British books to look out for in the U.S. I asked my fellow Book Rioters what books from the UK they’ve enjoyed so far this year. And I’m sharing one of my choices to start with, too. 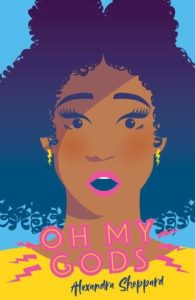 This was my first book of the year, and it was a good one to kick off 2019. It’s a fun YA with an unusual plot: Helen has the usual teen angst to navigate (a boy she likes, new friends she needs to win over), but she also has to contend with a family more unusual than most – her dad is none other than the Greek God Zeus… 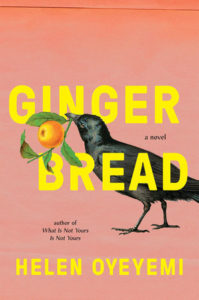 We don’t often see fairy tale riffs that combine the ordeal of immigration, work exploitation, identity, and domestic abuse all in one. What’s more, we don’t see the knife’s edge of fairy tales tempered with sweetness and hope for a better future.

Harriet comes from a country with fairytale-like rules: you can save a man from execution if you marry him, and you can nearly drown a girl in a well but avoid jail time. These rules are often contradictory and dangerous. Harriet wants an escape from her parents when they start wanting to murder each other; her new friend Gretel may be the key. Except Gretel really has no power, and Harriet is still under her mother’s control. The only outlet Harriet has is making gingerbread; she can get no true love, no marriage, only hope that her daughter can have a better future.

The British aspect lies in Harriet’s immigration experience. Especially in light of Brexit, she has trouble adjusting to a new life and forgetting her old language. She loves music records and the Internet but can’t properly find her place. Only a handful of family members care about her, while the PTA won’t even try her gingerbread. She tries to be the perfect mom, but an outsider cannot receive that status. 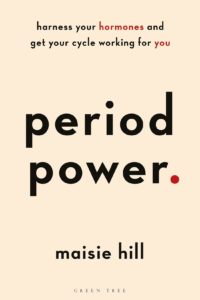 Period Power: Harness Your Hormones and Get Your Cycle Working for You by Maisie Hill (July 2, Green Tree)

Have you ever wondered what your body is doing while you’re on your period? Have you ever experienced a change in your cycle or symptoms and been unsure what it meant? Period Power is a fantastic, inclusive guide to your body, your cycle, and ways to improve your relationship to menstruation. I love all things feminist and period focused, so this book was right up my alley.  “Womb Whisperer” Maisie Hill strikes a great balance between accessibility and scientific background, making this book both readable and reliable. Don’t let the casual tone fool you; Period Power is full of research, experience, and practical advice. The biggest takeaway from this book is the life-changing influence of keeping a menstrual journal and tracking your personal patterns during your cycle. Period Power will have you saying, “Wow, I had no idea!” at least once per chapter. 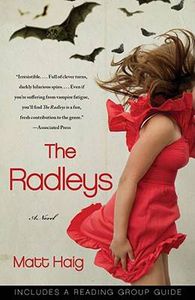 I am not a fan of vampires (with the exception of Poppy Z. Brite’s southern gothic bloodsuckers) and yet just reading the blurb on the back of The Radleys had me throwing my money at the cowering bookshop owner.

A pair of vampires move to a small northern English town and try to abstain from blood. They have two kids (who don’t know that they’re a family of vampires) and settle down to live a thoroughly miserable life. And then, because Matt Haig is a master of the poignant caper, the daughter of the family becomes a vegan. Veganism quickly tips her into a blood frenzy, she commits murder most glorious, the parents have to fess up to being recovering vampires, and the dad’s disreputable brother rolls into town.

The simplest way to describe it is if Edgar Wright, Simon Pegg and Nick Frost collaborated on the English version of What We Do In The Shadows. But with some actually decent, well-written female characters. 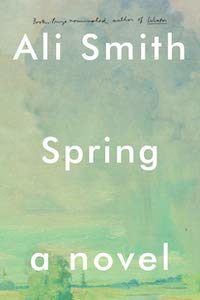 This is the third book in Ali Smith’s seasonal quartet, and so far my favorite! Each of the books in her seasonal series deals with a contemporary issue in Britain. Brexit, the global refugee crisis, the climate emergency, increased nationalism, a “post-truth” media climate, and the like all pop from the pages of these books—books that are being written at a breathtaking pace of one per year. All are full of political outrage, but also a love of art and culture, and beautiful relationships and unexpected bonds. Spring deals with the global refugee crisis and the awful treatment of refugees in British detainment centers. It is heartbreaking, beautifully written, and oh-so-necessary. Please give it a read! 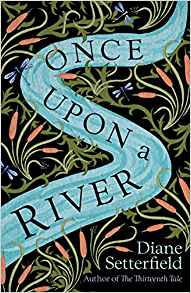 As a folklore fiend, this book had been on my radar for a while, but because it’s my first by Diane Setterfield, I wasn’t expecting the truly beautiful writing. The novel is a meandering elegy of oral storytelling and village life along the Thames in the 19th century. Setterfield layers stories upon stories, but the central story that begins the chain is rooted in folklore and mythology, yet the novel is steeped in realism. It’s a perfect blend of a little bit of magic in a historical setting filled with interesting characters. One of the best books I’ve read this year. Now I need to read her other books!