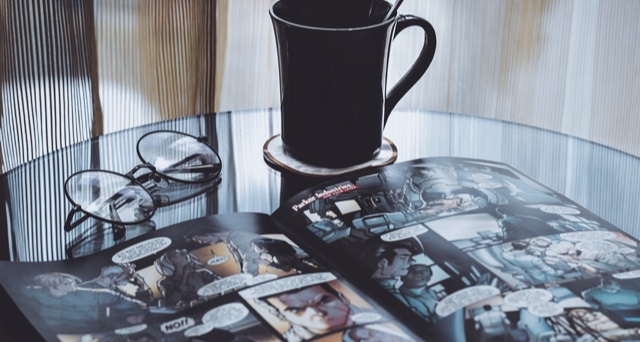 On Friday, DC announced that it will be shutting down its various imprints and reorganizing them under one DC brand, organized by an age rating system. Here are the labels, as per DC’s press release:

Vertigo, the venerable DC black sheep, is being sunsetted, and DC Zoom and DC Ink are being folded into the new publishing structure. “Pop-up imprints,” i.e. groups of titles curated by individual creators such as Gerard Way’s Young Animal and Brian Michael Bendis’s Wonder Comics, look to be continuing, although it’s not clear how in every case.

Rumors have been swirling about Vertigo’s imminent shuttering for a while now, so that part of the picture, while sad, is not terribly surprising. The rest of it, though, seems to have caught most of the comicsphere off guard. Most of the books that have found new homes look to be continuing as is, so in a lot of ways these changes feel more like internal reorganizational ones that will have little effect on the reader. On the other hand, you could make the case—and some have—that it was exactly those sorts of internal changes that put Vertigo on the life support that led to this final blow.

Vertigo began in 1993 as a home for DC books that were too adult or graphic for the main line. It’s still probably best known as the home of Sandman, but over the past 26 years the imprint put out countless critically acclaimed, beloved books: 100 Bullets, Animal Man, Astro City, Doom Patrol, Fables, Hellblazer, The Invisibles, iZombie, Lucifer, Preacher, Swamp Thing, Transmetropolitan, and Y: The Last Man, to name just a few. It was also one of the vanishingly few lines spearheaded by a woman: Karen Berger, whose sophisticated, quirky vision launched not just Vertigo, but numerous meteoric careers.

Berger was ousted in 2012, around the same time that key characters like John Constantine and Swamp Thing were shifted to the main DCU. A few years later, Vertigo was brought under DC’s direct editorial control, which many saw as a death knell for an imprint defined by its iconoclastic approach. Most recently, controversy arose when sexual assault allegations arose around a Vertigo writer, leading to the book’s cancellation—tellingly, not because Vertigo pulled the plug, but because the art team quit. (If you’re looking for more of Vertigo’s rise and fall, Newsarama has a handy breakdown here.)

Regardless of what Vertigo became, for over two decades it was a place for creative, vision-driven storytelling, a home for weird books and the weird kids who read them. There are a lot of fans in mourning now, and the teenage me who got into comics in part through Sandman is right there with them.

Hopefully bringing Ink, Zoom, and Black Label under DC’s direct control won’t lead to the same creative restraints that muzzled Vertigo. Certainly DC still seems to be throwing their weight behind their books for young readers, as the very next day they announced a huge slate of YA and MG titles at ALA. (And promptly rendered my recent roundup out of date—thanks a lot, guys.) Y’all know I love Ink and Zoom, so I’m deeply relieved to see them continuing…but I worry that losing the labels will make it harder for booksellers, librarians, and parents who are outside of the comics world to find them, which I thought was the whole point of having separate imprints to begin with. If nothing else, changing the organizational structure and names of imprints that only started releasing books two months ago is going to communicate a lack of confidence, even if that’s not being felt internally.

Also, if I can get real for a minute, folding a YA line into the main DC “label” and claiming the whole thing is 13+ is not going to do a damn bit of good unless DC also makes their main universe accessible and appealing to—and appropriate for—younger teens. Lumping a fun YA Raven book in with 80-year-old continuity written by guys in their 60s and drawn in a house style based on Image pinups from the ’90s is just going to muddy the waters.

And as far as Black Label goes, I must once again point out that so far, DC has not seemed super comfortable standing behind that content as being for grownups.

Finally, the pop-up labels are a question. Young Animal seems likely to be left alone, but will Wildstorm continue as is? Are they under DC, or DC Black Label? Will the kid-focused Wonder Comics be left under DC, or DC Kids? And are the creators working on those books losing or gaining creative freedom (or beneficial contracts)?

I know this may sound surprising given all the griping I do about them, but I genuinely love DC and their universe and characters. I want this new system to do exactly what it’s supposed to do: provide quality, accessible comics for readers at every “age and stage.” I want to see creative innovations flourishing in the weird little imprints and in the original graphic novels from Black Label and what used to be Ink and Zoom. I want these books to succeed and for them to be found by the readers who will love them, and for the creators making them to feel supported, fulfilled, and fairly compensated.

Is that what’s going to happen? I don’t know. I hope so. But I guess we’ll all find out together.