Next year, the final book in a YA series over 20 years in the making will be released. The Thief by Megan Whalen Turner made its debut in 1996, was named a Newbery Honor book, and was a runner up for the Newbery Medal. Sequels were released years and years apart (including a seven year wait between books 2 and 3), which was honestly fine with fans of the series. We are a patient lot, and it gave us more time to digest, enjoy, and reread the books again. 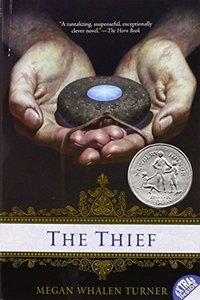 But then, in the spring of 2018, Turner announced a new book in the saga, and shocked us all that summer by revealing a release date a mere two years after the last book (the release date has since been pushed back to August 2020). What joy! Such happiness! And then we read the announcement again, and realized it was to be the final book written for the series. While I would have happily spent the next 20 years patiently waiting for the occasional new chapter in the fantasy world Turner crafted, I understand that fictional stories have to end.

Reader, I was bereft. I wasn’t upset that the series was ending; I was distraught when I realized I literally had one bookish friend with whom I could talk to about the books. How did this happen? It’s a beloved, well respected, critically acclaimed, award winning series, and yet I was one of two people in my Twitter feed who was Tweeting about The Return of the Thief.

WHELP everyone who I have been preaching this series too, now is a GREAT TIME to finally start reading them so you can be verklempt with me in March! 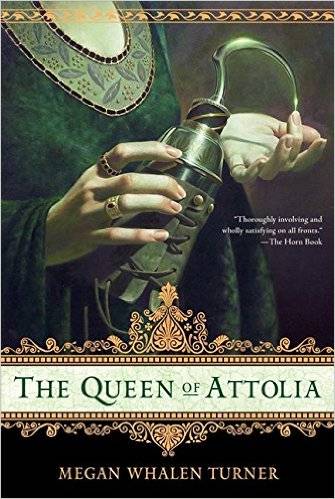 I’ve been spreading the good news of Eugenides, Attolia, Sophos, and the Magus for a decade now, and have one convert to show for my efforts. That is unacceptable. Who else is going to mourn the end of these characters with me? Who will I send headcanons to and swap fanfic with in the upcoming years? No fan is an island!

I’m going to plead my cause to you, my fellow readers. If you haven’t read The Thief, please, please, please do. And if you read it eons ago and didn’t realize there were other books in the series, now is a great time for a reread. “Okay, Christine. I’ll go read the book descriptions and see if—” NO. PLEASE. DO NOT DO THAT. I’m sorry for yelling, but these are books that are full of unexpected turns and I think the best way to enjoy them is to just go in knowing nothing.

OKAY, FINE, I can tell you some things. The basic pitch for book 1, The Thief: Gen, our titular character, lands himself in the King’s jail after some loud boasting about being able to steal anything. He soon finds himself on a quest with the King’s magus to steal an object thought to be a mere legend. I know that is a very bare bones description, so allow me to present six more reasons why you should start reading these wonderful books.

Well, I tried my best to convince you to read The Thief and the rest of the books without going into the spoilery reasons why I think they are so great. You now have over a year to catch up and read the entire series before the end arrives, which is plenty of time to fall in love with Gen and recruit more readers into the fold.