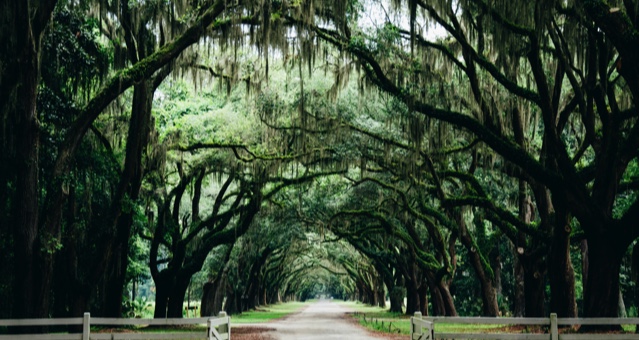 In case you’re unfamiliar with the genre, Southern Gothic books are a sub-genre of the gothic novel, which focuses on death, horror, and sometimes romance—AKA every topic humanity is biologically programmed to care about.

The Southern gothic, though, takes place in the American South, specifically, but there’s so much more that the regionalism entails than just its geography. It has all the components of Gothic novels, but it also addresses poverty, alienation, crime, or violence. The causes of these topics are more readily evident in the South than in other regions: its history gives the American South these qualities, and it breeds grotesque settings and eccentric characters through its very nature. Southern Gothic novels contain all of these elements, and here are some of the best Southern Gothic book examples, both classic and contemporary.

For many readers, Absalom, Absalom by William Faulkner is the epitome of the Southern Gothic horror novels. Its plot spans generations and details the Thomas Sutpen family as it spreads through the South, climbs and descends the economic ladder, and complicates itself through matters of race and legacy. It’s known for its complex and fragmented structure, which imitates that of a dream or a myth in the making. Quentin Compson is our main perspective on the family, though he is not our focus. Quentin’s novel is The Sound and the Fury by William Faulkner, which is unquestionably Southern Gothic, as well. Basically all Faulkner’s prose writing is Southern Gothic, and excellent. 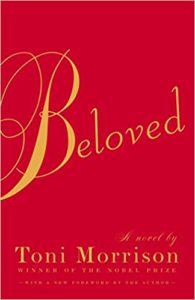 Beloved by Toni Morrison tells of a runaway pregnant slave and the aftermath that slavery has on her psyche and her family. When she’s haunted by the ghost of her baby girl, her freedom becomes more complex, more compromised, even as her surviving daughter tries to save them both. This narration, too, spreads through generations, and it incorporates the collective unconscious of the African American people. This book is not only a true masterpiece (I mean, she won the Nobel for a reason, y’all), but it will actually, definitely change your life.

There are few authors as adept at articulating the complexities of living in the South (Georgia), in particular, in regard to Christianity and spirituality, as Flannery O’Connor. Though many are familiar with her short stories and the novel, Wise Blood, one of the best among Southern Gothic horror novels is The Violent Bear It Away. In its opening lines, Francis Marion Tarwater digs a grave for the grandfather who kidnapped him in early childhood on the prescription that Francis would become a prophet. He spends the novel trying to prevent this destiny.

The epistolary masterpiece The Color Purple by Alice Walker illustrates an abusive home life of two Black sisters in rural, early 20th century Georgia. Though we start by reading Celie’s prayers, addressed, “Dear God,” we also get letters among the characters. We follow Celie as she marries Mister so her sister won’t have to, helps her sister escape their abusive home, and finds refuge in Shug Avery. This book is bound to break your heart, and if you haven’t read it, you need to.

It was tricky for me to select only one of Cormac McCarthy’s novels for this list, because he writes Southern Gothic novels so well. Unlike the authors above, he focuses more on its decay and macabre facets, less on its hope. I settled on Suttree because it was his first novel, and it was the most autobiographical (he says). Our protagonist is the story’s namesake, and throughout the book, we encounter typically southern macabre situations, whether it’s happening upon the suicide who had to be dragged from the wastewater river outside Knoxville, being incarcerated in the workhouse alongside a poor adolescent who was shot for fucking watermelons, or any number of other abominations. (Other Southern Gothic horror books written by McCarthy include Outer Dark and Child of God. Emphasis on “horror,” with these.)

Told from the perspective of Bone, the tomboy first child, Bastard Out of Carolina by Dorothy Allison depicts life in rural South Carolina. It’s a story, she says, of “trash like us.” Bone grows up among her extended family, and her home life is, in short, horrible, full of the eccentric characters of her masculine uncles, her abusive stepfather, and her strong-willed, tough, Aunt Raylene. (Hey, y’all, that’s my mama’s name, by the way.) 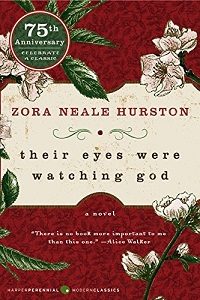 Their Eyes Were Watching God by Zora Neale Hurston is a staple of the genre. It follows Janie Crawford as she grows from shy girl to totally capable, totally beautiful woman. She experiences three husbands, and her character changes and blooms as a result of each one, until she is finally sufficient on her own. This one takes place in rural Florida in the early 1900s, with the recent history of slavery as a major player.

Though this was required reading for me as a child, when I reread To Kill A Mockingbird by Harper Lee as an adult, I thought I would never get through crying. I understand why it was required of me to read it as a child, because it tells of the atrocities of the South (Alabama) through the eyes of a child, Scout, but I missed so much of the horror. Scout sees everything from the poverty of her classmates with “cooties” to the conviction of a man for rape because he is Black, to the reclusive man next door, of whom they have always been afraid. Even if you had to read this as a kid, it merits a re-read…I promise it’ll all gel for you better as an adult.

Sing, Unburied, Sing by Jesmyn Ward is a contemporary Southern Gothic novel that I truly cannot oversell. Told in multiple perspectives, we watch the narrative of a family in the Mississippi River delta over multiple generations, through multiple traumas, navigating race and gender identities, and we see the ghosts of their past, literally, when their spirits can’t rest. Not everyone can see the spirits, only those with the sight, and the Voodoo culture of the elders informs those of them who are sensitive. This is a story of hard truths, and how children become adults, or don’t. 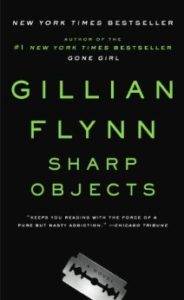 When Camille Preaker has to return to her hometown of Wind Gap in Missouri to report a series of child murders, she uncovers secrets among her own family. Set in a Southern mansion in the grotesque setting of a festival commemorating a Civil War battle, Sharp Objects by Gillian Flynn is unmistakably feminine and truly among the notable in Southern Gothic horror books.

Told from the perspective of an eccentric, self-proclaimed good, non-violent man who lives in Inman Park, Atlanta, “Selah” by Anthony Grooms is one of several incredible stories in Atlanta Noir edited by Tayari Jones. Though noir and Southern Gothic novels have a distinct difference, this story lives where the Venn diagram overlaps, embodying the tenets of each, set first in the weirdly abandoned new neighborhood playground, and then the battered women’s shelter on Pine Street.

Though most famous in its film adaptation, the play Streetcar Named Desire by Tennessee Williams deals with issues of class, poverty, and love in New Orleans…and who can forget Stanley Kowalski begging Stella back to him, completing her fall from grace?

Though Southern Gothic books are amazing, I also feel like those who are interested in its themes should consider film as a branch of this literary sub-genre. Black Snake Moan (Memphis) True Detective seasons 1 and 3 (Louisiana and Arkansas, respectively) I think are excellent examples of the Southern Gothic onscreen, as well as the “Teddy Perkins” episode of Atlanta. They span generations, display eccentric characters and macabre settings in a newer, more widely-accessible medium.

Although my list is by no means exhaustive, these are the Southern Gothic works that I think both best-exhibit the genre itself and stand apart from it. If you’re looking for southern books that focus less on the Gothic, check out this post on Southern Historical Novels!