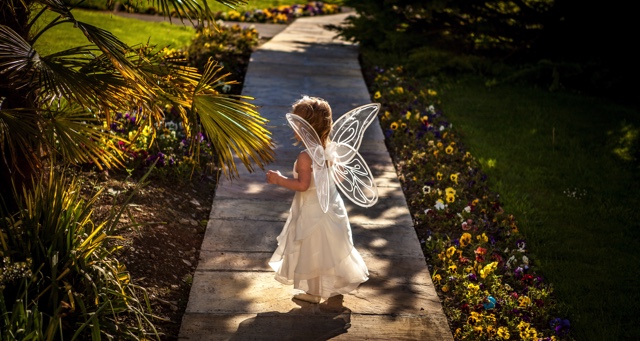 There is something about fairies that makes them fascinating to children and adults alike. The concept enchanted me as a child. I read stories, books, and even encyclopedia entries about them. I loved the beautifully rendered illustrations in particular. Over time, I discovered that there was a mischievous—and even sinister—aspect of fairies, which made them that much more interesting. Here is a list of 10 children’s books about fairies for younger readers*.

The Best Children’s Books About Fairies 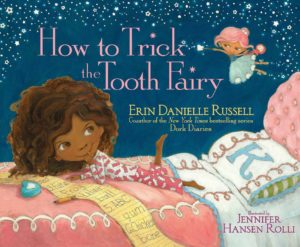 Kaylee is a master prankster. So is the Tooth Fairy, however. When Kaylee loses a tooth, the two pranking champions inevitably have a face-off and decide to share the title of Princess of Pranks. 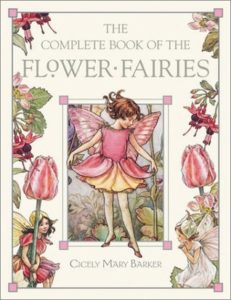 The Complete Book of the Flower Fairies by Cicely Mary Barker

Cicely Mary Barker’s flower fairy poems are a classic. This edition contains all of her fairy books, including the fairies of the four seasons, Tree fairies, Garden fairies, and Wayside fairies. It is a combination of poems and original illustrations. 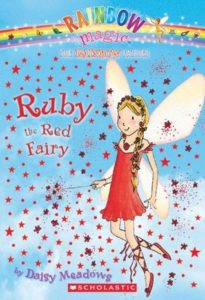 When Rachel and Kirsty find Ruby the Red fairy in a pot at the end of the rainbow, they discover that she and her sisters, the rainbow fairies, have been exiled from Fairyland by Jack Frost. Without them, Fairyland loses all of its color and life. Together, Rachel and Kirsty have to find them and help them save their home. Each book in this series features a different Rainbow fairy. 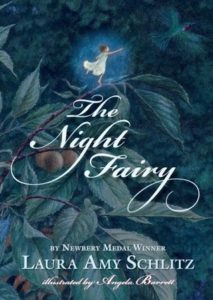 The Night Fairy by Laura Amy Schlitz and Angela Barrett

Flory is a young night fairy when a bat deprives her of her wings. Now she has to learn to adapt and survive in a dangerous world, and perhaps try to become a day fairy instead.  Beautifully written and  illustrated. 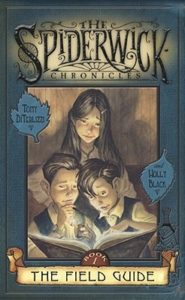 When the Grace children—twins Jared and Simon and their older sister Mallory—move into an old mansion with their mother, they discover an old book created by their ancestor Sir Arthur Spiderwick. The book, a field guide, introduces them to the world of faerie creatures. Yet possessing the guide and knowing the secret of the faerie puts them in unexpected danger… 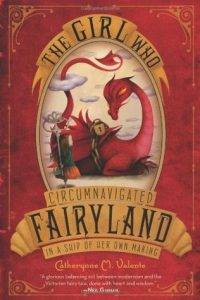 The Girl Who Circumnavigated Fairyland in a Ship of Her Own Making (Fairyland Series #1) by Catherynne M. Valente, Ana Juan

September is bored with life at home. Her father has gone to war, her mother works, and she is alone at home, when the Green Wind comes and invites her on an adventure to Fairyland. There, the new Marquess tasks her with finding a special talisman in the enchanted woods. If September does not retrieve it, Fairyland will suffer. 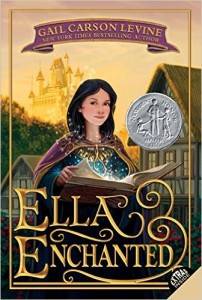 When Ella is born, she is given the gift of obedience by her fairy godmother. Except…most of the time, it feels like a curse. So, one day, Ella sets out to break it once and for all, and along the way, to save the kingdom. This reimagining of Cinderella is a modern classic. (Read more about it here). 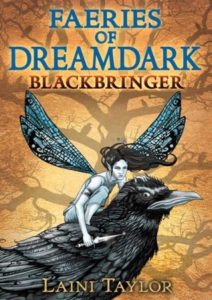 The fairy Magpie Windwitch, daughter of the West Wind, has devoted her life to capturing devils and sealing them again in their bottles. So when the devil Blackbringer escapes his bottle and sets to destroy the world, Magpie and her crows rise against him. Except Blackbringer is more ancient and powerful than any devil they have ever faced. 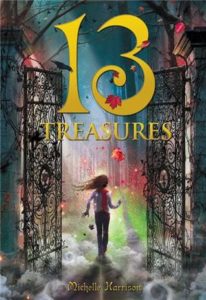 Thirteen-year-old Tanya is tormented by evil faeries. The problem is, she is the only one who can see them. Exasperated and concerned by Tanya’s behavior, her mother sends her to live with her grandmother in Elvesden Manor. Tanya is free to roam and explore, but is warned against entering the nearby Hangman’s Wood, where another girl mysteriously died 50 years ago. Yet this  girl and the Hangman’s Wood might hold the answer to Tanya’s troubles. 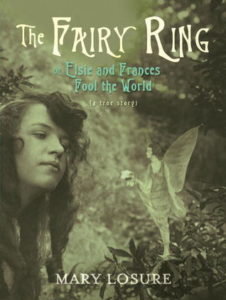 The Fairy Ring by Mary Losure

In the summer of 1917, 9-year-old Frances Griffiths and her 16-year-old cousin Elsie Wright took the famous photographs of the Cottingley fairies. It was all a game—the fairies were not real but painted—until the photographs got in the hands of Sir Arthur Conan Doyle, who was convinced of their authenticity, and the two girls were caught in the web of their lie. In this book, Mary Losure tells the the story of one of  the biggest hoaxes of the 20th century. The book features reproductions of the original photographs.

*Note: You will notice that I was not able to find many children’s books about fairies by authors of color in these particular age categories. If you know of any more, please let us know about them on social!