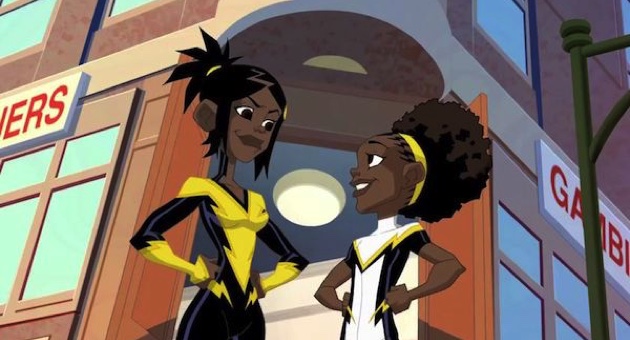 This list of sisters in superhero comics is sponsored by The Summer of Sunshine & Margot by Susan Mallery.

Women with sisters in superhero comics are weirdly thin on the ground. (And in the sky.) Gruff, child-endangering foster fathers? Oh, we got ’em. Cryptic children from the future in rad jackets and eyepatches? Oodles! Twins of different genders who might be kind of incesty? More common than anyone would think or desire.

But women who are sisters, as opposed to women who have a brother? (See: Shuri, Mary Marvel, Scarlet Witch, Sue Storm…) Surprisingly rare! Or maybe not, considering how overwhelmingly male the population of most comicsverses is. Getting two girls in the same family in the same generation is really beating the odds.

Still, they do exist, and here’s a few of my faves, in no particular order:

What on Earth is happening here? You know what, never mind, don’t tell me.

It might sound weird, but I love Lois and Lucy because they change so much from one decade to the next. While Lois at least has a steady core of investigative brassiness to her, Lucy has morphed considerably over the years. In the Silver Age she was Jimmy Olsen’s fickle, nagging girlfriend. In the ’90s she had a still-slightly-daring-for-the-time interracial relationship with Daily Planet staffer Ron Troupe. In the late 2000s she was reimagined as the villainous Superwoman, fighting Kryptonians to please her jerk dad. In between she’s trotted out for random wacky adventures: Vampire bride! Hallucinogenic mutating fungus! But that’s what’s so fun about her. Not only does Lucy ground the larger-than-life Lois by giving her a backstory and a family, between the two of them they’re a tapestry of all the weirdness and cultural commentary this strange little genre has to offer. And I love it, goofiness and all. 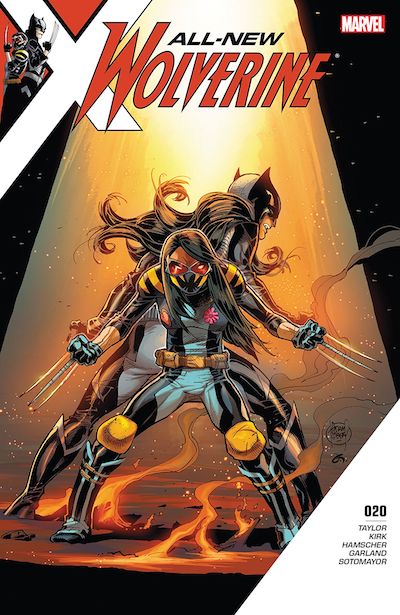 Laura Kinney is a clone of Wolverine, raised to be a killing machine until she broke free from her captors and discovered that she had the capacity to do good instead of harm. Gabrielle Kinney is a clone of Laura, raised to be…well, I mean, you get it, it’s the basic Wolverine story. Though technically their genetic relationship is much more like mother and daughter, their vibe is extremely sisterly. Gabby’s presence allows Laura to explore the softer, more vulnerable parts of herself. And Gabby herself (codename: Honey Badger) is an unfettered delight, as sweet and feisty and loving and morbid as only little girls can be. Everyone who meets her loves her, and so do I. 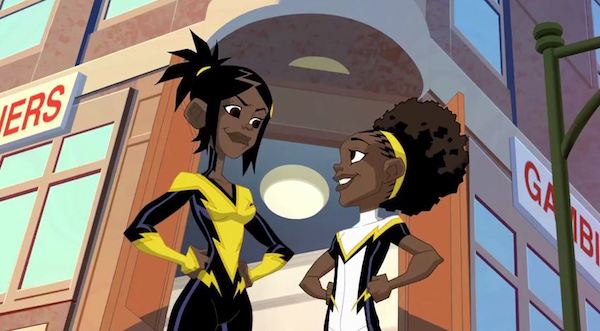 The daughters of Black Lightning, Anissa and Jennifer are superheroes in their own right: Thunder and Lightning, respectively. Anissa can alter her own density, which is more impressive than it sounds, and Jennifer, like her father, controls electricity. They have a complicated relationship, with the older Anissa feeling that Jennifer is the favorite and gets more support in her superhero career than Anissa did. I love when superhero comics can take a very typical dynamic and blow it up to over-the-top proportions, and this is a perfect example—who among us older siblings hasn’t felt like the younger ones get away with things we never would? I also have to give a shoutout to my favorite Thunder and Lightning appearances: their adorable DC Nation appearances. 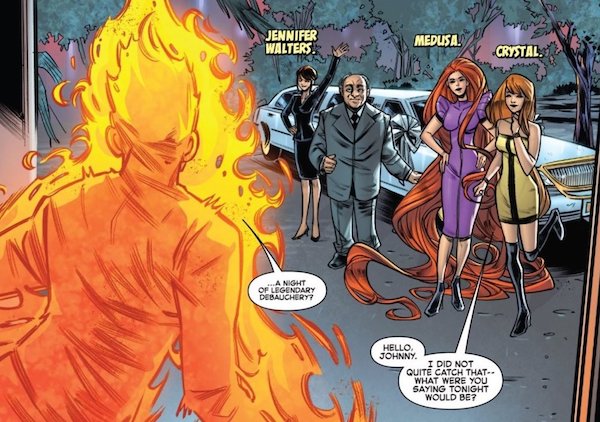 These two Inhumans have the best hair in the Marvel universe and that is a stone cold fact. They are also soapy as heck, which is just as it should be, considering that they are space royalty with superpowers. But what I appreciate about them is that despite it all—stints as supervillains, ill-advised marriages, frequent displacement of their entire civilization, mind control out the wazoo—they still love each other. Their conflicts are as epic as everything else about them, but they only cut so deep because they care so much. What lesser-haired mortals could understand? 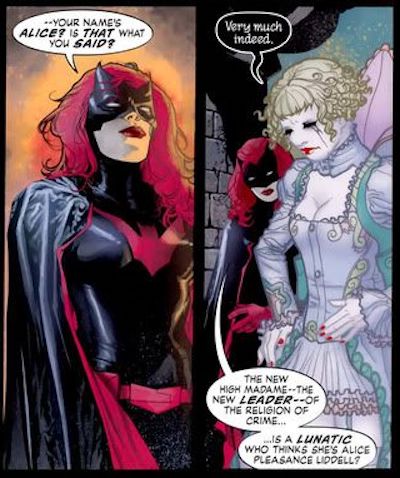 When Kate Kane was 12 years old, she, her twin sister, and their mother were kidnapped. Kate was to all appearances the only survivor, and deeply traumatized by the experience. Years later, while fighting a clearly mentally unwell supervillain named Alice, Kate discovered to her shock that “Alice” was actually her sister Beth—not dead after all, but very much not okay. If there’s one thing comics does well, it’s “that supervillain is secretly someone incredibly important from your past!” (If there’s two things, it’s that and robots.) Kate and Beth’s story is tragic and awful and gorgeous in a horrifying way and I want more complicated histories like that for women in my cape comics.

There’s definitely more I haven’t covered—Diana and Donna! Wanda and Lorna!—but these are a few of my favorites. What sisters in comics do you love?