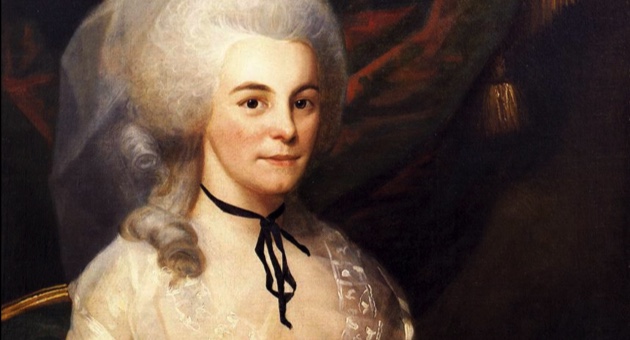 This piece on the Schuyler sisters is sponsored by The Summer of Sunshine & Margot by Susan Mallery.

A person doesn’t often see positive sibling relationships onstage when going to Broadway; a good number of Broadway musicals feature only children, siblings who are rivals or who die. We remember Maria’s older brother dying in a brawl with Tony from West Side Story.

Then I found the musical Hamilton, and suddenly it was a marvel to see healthy sister relationships. We don’t get that often in fiction. The Schuyler Sisters—real historical figures—show us that those bonds can exist and are possible. And I am grateful for that.

I do acknowledge that the Schuylers were a slave-owning family. They were not the cool abolitionist family that Lin-Manuel portrayed. With that said, Lin’s interpretation still has an impact on me because I had never seem siblings of color portrayed positively in a musical before, with utter solidarity. It may be fictional, but the fiction matters.

We first meet the three girls in Hamilton when they’re exploring New York late in the day. Peggy is worried about curfew and their father, General Schuyler, going to war and fighting for the country. Angelica and Eliza talk more excitement about how revolution can bring new ideas, with Angelica promising to educate Thomas Jefferson about including women in the Declaration of Independence. They blow off a flirtatious Aaron Burr who accidentally insults Angelica by saying she smells of money and that he has a trust fund so he’s not a gold-digger. It’s no surprise that the Tony Awards in 2016 would close with this song.

It’s important that the girls don’t agree all the time but they love each other. In their titular song, they hold hands as they assess that they live in the “greatest city in the world.” Peggy doesn’t want to wander so late or fight in the war, Angelica wants to share Hamilton with Eliza as she jokes, and Eliza laughingly refuses. They do agree that they’re looking for intellect and a mind at work, and are finding joy in the middle of war. Alexander provides that mind, flirting with the older two sisters and becoming a confidante to Peggy.

Peggy is the heart of the trio. She thinks beyond what is possible and about consequences. She also is the only Schuyler sister considered the baby; no officer flirts with her onstage. Alexander treats her like a little sister, as he should, while Lafayette ignores her in favor of Angelica. As long as she’s present, Alexander is faithful to Eliza, who tethers him to common sense. Unfortunately, Peggy fades to the side as Angelica and Eliza mingle with Alexander; it’s explained that she dies between acts, so her actress can play Maria Reynolds. Her sisters sadly sing a reprise of “The Schuyler Sisters” without her, with Alexander chiming in morosely. When she dies, the joy in the show becomes a tragedy.

We see that Angelica and Eliza’s bond is unbreakable; Angelica steps aside when she sees her sister loves the young man. It’s implied in the first verse of “Burn” that Eliza knew how Alexander was charmed by her sister, but also trusted that Angelica would never betray her. Instead, when Alexander exposes his affair with Maria in the Reynolds Pamphlet, Angelica sails all the way from London to rebuke Alexander and comfort her sister. She honestly says that Alexander is an Icarus who’s “flown too close to the sun.” Angelica is right and helps Eliza through public shame. In the end, Eliza reveals that Angelica helped her when Alexander died, processing so much grief.

In life, all of the Schuyler siblings wrote beautiful letters to each other, their friends and families. They also received more education than most girls did at the time.

Elizabeth and Angelica were very close; in one letter, Eliza wrote “My Very Dear beloved Angelica—I have seated my self to write to you, but my heart is so sadned by your Absence that it can scarsly dictate, my Eyes so filled with tears that I shall not be able to write you much but Remember Remember, my Dear sister of the Assurences of your returning to us, and do all you can to make your Absence short. ”

Angelica, in the meantime, balanced love with wit and a sense of humor. She joked in a letter to Eliza that “If you were as generous as the Old Romans you would lend him [Alexander] to me for a little while.” In the same letter, she reassures Eliza to not be jealous because she’s only admiring Alexander’s ambition.

Peggy, rather Margarita, also was a sweet child who grew into a brilliant woman. Male peers compared her to Angelica, who was similarly spirited. There’s a legend that she braved a home invasion to rescue her baby sister, though sadly no sources exist to confirm that claim. Both sisters coincidentally eloped, though Angelica married the British John Baker Church, and Margarita married her cousin Stephen Van Rensselaer III. She sadly died at the age of 42.

Books about the Schuyler Sisters, Fiction and Nonfiction

Alexander Hamilton by Ron Chernow inspired the musical. It has ample details on the Hamiltons, the Schuylers, and the people in their lives. Use the index to get the details if you don’t want to read through the tome, but it is a fun read.

Hamilton and Peggy!: A Revolutionary Friendship by Laura Elliot is a fun YA that covers most of the events that led to Hamilton and Peggy becoming friends. Peggy is brave, defiant while considering consequences, and thoughtful. No wonder Alexander comes to respect her. It has meta moments referencing the musical, and how Peggy is overlooked due to being the youngest grown child, but stuck in the middle.

My Dear Hamilton: A Novel of Eliza Schuyler Hamilton
by Stephanie Dray. Eliza was a remarkable woman, who suffered a lot but took no nonsense.  She believed in American independence, founded the first private orphanage, and raised funds for the Washington monument. Eliza was more than what the world thought she was.

The Alex and Eliza trilogy by Melissa de la Cruz, which covers exactly what it suggests: how Elizabeth and Alexander became a couple and how their life changed before and after the American Revolution. It does feature love, and loads of pain because Alexander could be terrible sometimes.

These sisters are great, and I can’t wait to see more of them in literature. We need a proper Angelica Schuyler Church book. Work!