There’s an embarrassment of riches among British books published in the U.S. this month, and it was hard to choose which to highlight. But here are a smattering to get you started! 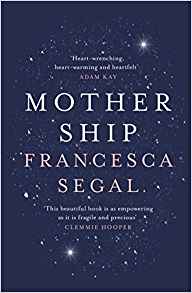 I’ve been hearing about this book for what feels like forever already. Francesca Segal is an Anglo-American writer who has up to now written modern-day retellings of classic novels (I enjoyed The Innocents). In Mother Ship, though, she turns to memoir – writing of the heartache and struggle that followed the very premature birth of her twins. The books is said to combine “the tenderness of a love poem with the compulsive pace of a thriller” as we follow Francesca through weeks of caring for her babies and developing fierce friendships with other women fighting alongside her for their own tiny children. 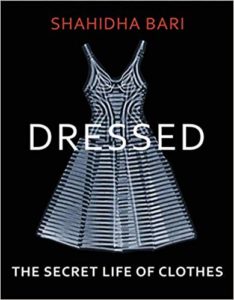 Alumni of King’s College, Cambridge, are churning out the books this year: there’s been The Binding by Bridget Collins, Unscripted by, well, me, and now Dressed by Dr Shahida Bari. This social history of everyday fashion explores the place of clothes in our daily lives and in culture more broadly. The author looks at literature, art, film, and philosophy to illuminate aspects of identity and self-expression. This sounds like a fascinating book – and potentially a great gift for the fashionista as well as the amateur anthropologist in your life. 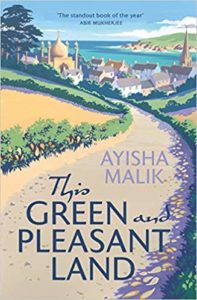 Ayisha Malik, author of Sofia Khan Is Not Obliged, has a new book out that’s on the more literary end of the spectrum and has been called “the standout book of the year” by Abir Mukherjee. This Green and Pleasant Land follows Bilal and Mariam, who’ve been contentedly living in the village of Babbel’s End but find all that threatened when, on her deathbed, Bilal’s mother asks him to build a mosque in the village. I bet this book would make a great book club pick, too. 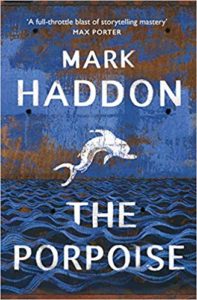 Mark Haddon is best known for his beloved novel of the early 2000s, The Curious Incident of the Dog in the Night Time. His latest book also has an animal-themed title, although the eponymous porpoise is actually a ship, aboard which one of the characters escapes to get away from a would-be assassin.  The Porpoise is a rewriting of Shakespeare’s Pericles, which tells the story of a prince who, long after he thought his wife was dead, returns home to find her alive. “Haddon’s prose is beautiful,” says the Evening Standard,  “and he is utterly in command of his slippery material.” 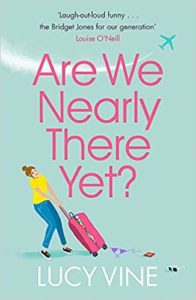 I really enjoyed both of Lucy Vine’s previous novels, Hot Mess and What Fresh Hell, so I’m looking forward to laughing my way through her latest book in which Alice, who’s about to turn 30 and not exactly winning at life, decides to go and find herself in Thailand. Lucy was one of my very first guests on the Brit Lit Podcast, and she was a delight to chat to.