Is this award new to you? I introduced the award and the longlists earlier this spring here in case you’re curious, but tl;dr the Best Translated Book Award is one of the most interesting and diverse book awards out there and these shortlists are no exception!

The winners will be announced on May 29th as part of the New York Rights Fair. They will also be announced at The Millions. 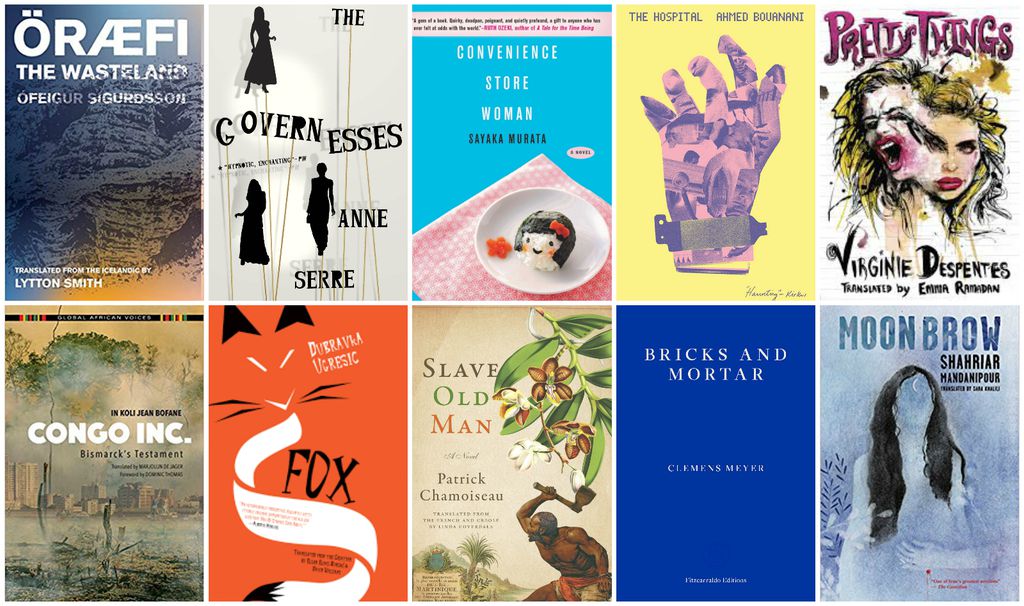 The Hospital by Ahmed Bouanani, translated from the French by Lara Vergnaud (Morocco, New Directions)

Bricks and Mortar by Clemens Meyer, translated from the German by Katy Derbyshire (Germany, Fitzcarraldo Editions)

The Governesses by Anne Serre, translated from the French by Mark Hutchinson (France, New Directions)

Öræfi: The Wasteland by Ófeigur Sigurðsson, translated from the Icelandic by Lytton Smith (Iceland, Deep Vellum)

The Future Has an Appointment with the Dawn by Tenella Boni, translated from the French by Todd Fredson (Cote D’Ivoire, University of Nebraska)

Founded in 2007, the Best Translated Book Award brings attention to the best works of translated literature published in the previous year. The winning author and translator each receive a $5,000 cash prize for both the fiction and poetry award, totaling $20,000, thanks to grant funds from the Amazon Literary Partnership.