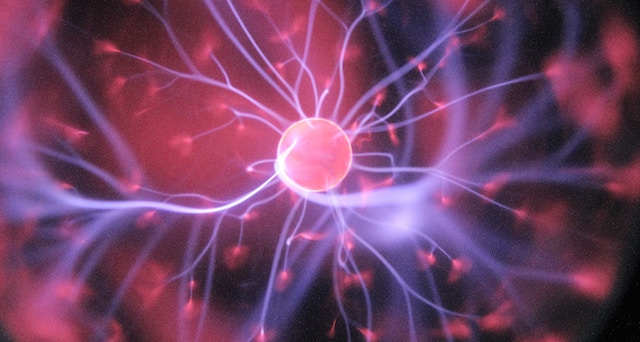 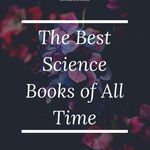 Science nonfiction is a vast and diverse field with countless classics that have completely altered the way we perceive the world today. With much difficulty, I’ve chosen 16 of the best science books for nonfiction fans that are some of the best reads of all time. Hope you enjoy!

The Best Science Books of All Time

The Gene: An Intimate History by Siddhartha Mukherjee

In The Gene, Indian American oncologist and physician Siddhartha Mukherjee distills the infinitely complex fabric of our identity into a narrative that is as comprehensible as it is gripping. Although the story unfolds panoptically, transporting readers through time as it explores the hypotheses of figures from Pythagoras to Rosalind Franklin, it also offers a poignant glimpse of the author’s family history. Altogether, it is both a testament to human accomplishment and a warning that we pay heed to the ethical implications of genetics as we look to the future of human heredity. 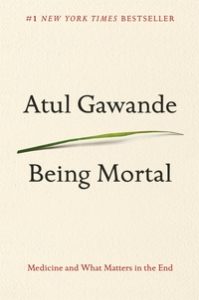 In Being Mortal, Gawande offers a sobering glimpse of the inevitable processes that shape the lives of ourselves and our loved ones. Through research and experiences gained during his career as a surgeon, he investigates the influence of medicine on longevity and explores our society’s conceptions of mortality, end-of-life care, and death.

This book tells the story of Henrietta Lacks, an African American woman whose cell line has enabled many of the most important discoveries of the 21st century.  In this journey through her incredible life, Skloot explores the impact HeLa cells have had on modern medicine while illustrating the disturbing reality of becoming the basis of nationwide medical experimentation without one’s knowledge or consent.

This essential book on cosmology explains complex concepts such as space, time, and black holes to the layman from a scientific point of view. Published in 1988, this is one of the best science books of all time. It has since sold ten million copies and been revised to represent advances in technology made in the past two decades. Through it, readers will be able to understand and appreciate the complexity of the universe.

Sapiens: A Brief History of Humankind by Yuvol Noah Harari

In this lengthy exposition on the entirety of human history, Harari investigates how our species—Homo Sapiens—has been able to come together, form religious beliefs, establish human rights, and create the systems that continue to bind us today. As he draws on a host of academic fields including economics, biology, and anthropology, Harari explores how human life has evolved since the days of our ancestors and challenges us to consider how it will change in the centuries to come. 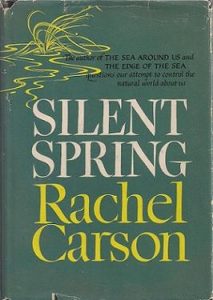 This landmark work of advocacy sparked the modern environmentalist movement by examining the dangers of releasing toxins into the environment. Originally published as a series of articles in the New Yorker between 1958 and 1962, it brought to light the harmful effects of chemicals such as DDT on the world around us and inspired legislation that would keep such effects under control.

Factfulness: Ten Reasons We’re Wrong About the World—And Why Things Are Better Than You Think by Hans Rosling

What percentage of the world’s population lives in poverty? How many girls in low-income countries will finish primary school this year? How has the number of deaths from natural disasters changed in the past century? The answers, surprisingly, are better than what we would expect. Indeed, our perceptions of the world are flawed—flawed to the extent that a chimpanzee randomly choosing answers to questions about global trends can score higher than the most accomplished individuals in a host of academic fields. Rosling explains this phenomenon by delving into the biases, tendencies, and instincts that hinder our ability to view the world from an objective standpoint.

This book uses interesting anecdotes and expositions to illustrate the complete stories of the scientific discoveries that have shaped our lives today. It’s witty, entertaining, and a must-read for those who are curious about why things are the way they are but disgruntled by memorization of dates and tedious summaries.

On The Origin of Species by Charles Darwin

Darwin laid the foundations of evolutionary biology by publishing this classic that sparked controversy in science, religion, and society as a whole. A groundbreaking illustration of how humankind has evolved via natural selection, it will change the way you understand your place in the world. 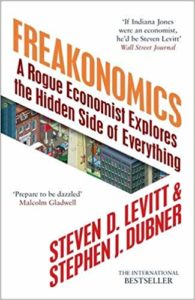 Freakonomics: A Rogue Economist Explores the Hidden Side of Everything by Stephen J. Dubner and Steven Levitt

What influence do parents actually have on children? How did Roe vs Wade influence violent crime? In this popular book, the authors analyze pertinent social issues from an economic perspective, tackling topics such as the American crack epidemic, campaign finance, and the KKK from a new lens. Its witty insights and explanations will shape the way you view the world.

Journey through time as Mukherjee documents the scoping history of the enigmatic disease that plays such a critical role in human health today. From the earliest origins of cancer to the battle in the 21st century to conquer the disease, this book comprehensively portrays humanity’s relationship with the disease and explores the question of whether it is possible to eradicate it from our society forever.

Theranos founder and CEO Elizabeth Holmes was hailed as the female Steve Jobs; her breakthrough means of expediting blood tests, which raised over $700 million in investment, was expected to revolutionize the medical industry. However, the technology was fake. This book documents the aftermath of this discovery and the entire thrilling story of the biggest corporate fraud since Enron. 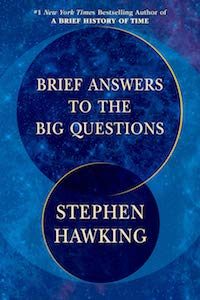 Brief Answers to the Big Questions by Stephen Hawking

Does God exist? Should humanity colonize space? Will technology advance society or destroy it? Hawking addresses such questions critical to the future in this short yet essential book. He discusses the challenges we face today—nuclear war, the potentially insidious propagation of artificial intelligence and similar technologies, and climate change—as well as what steps humanity should take to combat such difficulties.

In this book, Yuval Noah Harari analyses 70,000 years of human history to make predictions on our future…and the results are bleak. Compelling, insightful, and contentious, it considers topics essential for the future: if it is acceptable for humans to subjugate animals, which are considered intellectually inferior to us, is it not acceptable for us to be subjugated by intellectually superior artificial intelligence? This thought-provoking book will equip you with the mindset you need to make rational decisions in a potentially dystopian future.

This is one of the best science books that offers a glimpse into the way our minds work and how our intuitions influence our thoughts and behavior. By investigating the two contrasting systems that govern the way we think, Kahneman provides insight on how we can make better choices and prevent the instinctive judgments that hinder us from living happier lives.

This iconic bestseller that kindled an entire generation’s love for science explains arcane concepts in a simple and accessible way. It puts human life into perspective, emphasizing the fact that our civilization has thrived for only a minuscule fraction of the time the universe has existed. Consisting of 13 illustrated chapters, it answers pertinent questions such as where humans come from, whether we are the sole life in the universe, and whether our legacy will endure in the centuries to come.