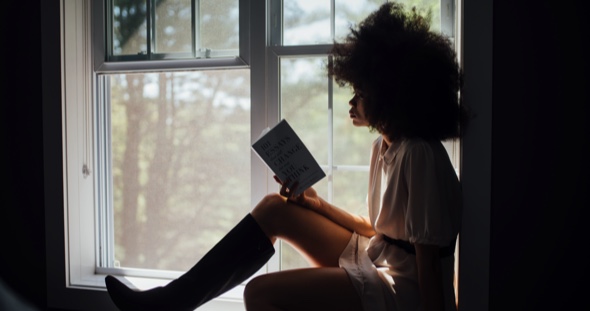 Own voices reviews stems from the #OwnVoices movement, a hashtag coined in 2015 by Corinne Duyvis. Duyvis’s hunt for recommendations of kidlit about diverse characters written by diverse authors has led to discussions on the importance of books about marginalised communities written by those from marginalised communities. #OwnVoicesReviews takes that concept and expands it to address the way in which own voices books are marketed and publicised. Wouldn’t it be great to have books about diverse characters written by diverse authors and promoted by diverse readers? Own voices books with own voices reviews. What a concept.

Who gets the ARCs of own voices books?

The publisher’s job is to do whatever it takes to get the right book into the hands of the right readers. However, black book reviewers are struggling to be taken seriously by publishers in their requests for ARCs of the books they can relate to the most. Seji @theartisangeek – the coiner of #OwnVoicesReviews – even created a (very impressive if I might add) music video to get the publisher of Kingdom of Souls by Rena Barron to take note of her ARC request. Kingdom of Souls is a book by a black author inspired by West African mythology and requested by a West African BookTuber. It’s a match made in heaven, right? The author thought so. The publisher/publicity department did not.

Anna @never_withouta_book is another black Bookstagrammer encountering difficulties in receiving ARCs of books by people of colour from publishers. She was also told by a prominent subscription book box that they don’t know of any black Bookstagrammers. Umm, excuse you?

A new movement has officially started: #OwnVoicesReviews. Have you ever gone to the Goodreads page of a newly released own voices book and seen comments like: “The book was not for me.“ Or “DNF, could not connect with this story”. The upsetting thing about this is that this often is the majority of the early reviews, A.K.A. the reviews of people who have received advanced copies. The question that often comes up is, why aren’t there any reviews written by people from the same background as the author?? This is not because we are not requesting these books, because trust me (and you will see this in my next post) WE DO. We either get ignored or told that there ‘aren’t enough copies available, but we’ll keep you in mind for the next time’. It’s frustrating that there are a lot publishers out there who only look at the number of followers/subscribers that you have and never take into account your background, the quality of your posts and your viewership and engagement. And as a result of this poor conduct in marketing you get this mess, where no one really wins. That’s why I decided to start this movement #OwnVoicesReviews to force publishers to listen to our voices and give us a chance to review and talk about books that are important to us. You can help by talking about this and sharing the message. Remember there is strength in our numbers! If you’d like to hear my entire take on this topic you can find the video on my Youtube channel of which the link is in my description. . Also a HUGE thank you to @never_withouta_book for letting me merge out two lists of bookstragrammers, she’s awesome!! . . . . . #boek #boeken #boekstagram #bookstagrammer #lezen #literature #bookaholic #bookworm #bookish #bookaddict #bookaholic #bookphotography #booklover #booklovers #booksofinstagram #booknerd #reading #blackgirl #blackgirlmagic #blackgirlswhoread #blackgirls #blackgirlsread #bibliophile #booktube #booktube

#ownvoicesreviews “Give us a chance to review and talk about books that are important to us” – Seji⁣ ⁣ Black reviewers not being able to access arcs written by black authors has been a topic among black bookstagrammers/reviewers/booktubers for a while and a few of us are over just talking about it and officially trying to make a change.⁣ ⁣ A few folks are sharing there arcs of Dr. Ibram X. Kendi book How to Be an Antiracist, I am sharing my arc of Colson Whitehead’s book The Nickel Boys. I created a simple list of black bookstagrammers/reviewers & booktubers @theartisangeek created the hashtag #ownvoicesreviews . She also had to resort to making a music video just to get her hands on an own voice book she is dying to read( great video btw). ⁣ ⁣ The fact that we had to do all of this is ridiculous! If I told you how many emails I send out weekly just to get crickets you wouldn’t believe me. I have a list of every book I request and how many times I had to send out that request. Some of these publishers have at least 6 to 7 emails from me😒. ⁣ ⁣ Anyways staying true to my word I sent out my 1st set of emails this morning and in that email is the link and explanation to the list of black reviewers . ⁣ ⁣ I stand strong and firm in continuing to push this movement. ⁣ ⁣ If you are a black bookstagrammers/ reviewer/booktubers wanting to be on this list, link is in my bio. If are looking to pass on your arcs of own voices or looking for more black bookstagrammers/ reviewers to follow….link in my bio. ⁣ ⁣ ⁣ United we stand ✊🏾✊🏿✊🏽⁣ ⁣ ⁣ ⁣ #ownvoicesreviews #unitedwestand #blackbookreviewers #takingastand #wewillnotbesilent #onceyougoblackout #letsdobetter

Why is not having own voices reviews a problem?

I recently read West African Verse, an anthology chosen and annotated by Donatus I. Nwoga. He sums up my thoughts succinctly in his preface when he writes:

“…it is natural that, at least in the early stages, one comes more easily and directly into the enjoyment and appreciation of literature that deals with one’s own environment, fears, joys, and way of life.” 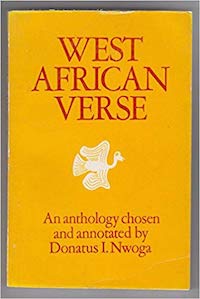 While there are plenty of great books about people from marginalised communities that have been written by people outside of those communities, own voices books contain an added level of intuition and nuance. Many of us enjoy reading about lives and experiences apart from our own. This is one of the joys of being a reader. However, there is an added level of understanding in reading about an experience you have also lived. Own voices reviews are an important way to give own voices books the best chance of success possible.

Publishers are taking note and we are starting to see more diversity in authors and books. However, publishing books is ultimately a capitalist venture, and if these books don’t sell then there may be a sell-by-date on publisher’s willingness to support diverse literature. When books receive poor early reviews because they aren’t “relatable”, these reviews affect sales. These books are not going to do well if they are put into the wrong hands. 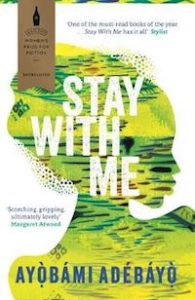 A good Bookstagrammer friend of mine, whose opinion I greatly respect, read Ayobami Adebayo’s debut novel Stay With Me and ultimately didn’t like it because she couldn’t relate to the story. One of the main reasons I have for not liking certain books is that I can’t relate to them. However, publishers are putting the books that I can’t relate to into the hands of reviewers who can relate to them before and around the release date in order to give them the best chance of success possible. This isn’t necessarily true with own voices literature.

My family are Nigerian so I have reference points from which to visualise the world in Adebayo’s story. The section that discusses armed robbers does not seem far fetched to me because I know that armed robbers are a very real, very current threat in Nigeria. I also know the difficulty in getting the police to intercede because oftentimes the police are in on the heist. In other words, I can relate to the story.

The point isn’t that publishers should only seek out own voices reviews for own voices books, but that it is important for publishers to actively seek them out.

I’m grateful for the breakthrough in diversity we are starting to see in the publishing world, but we can’t just accept diversity in one field. To witness true diversity it needs to filter into the publishers, the authors, the reviewers, and the readers. This movement is about giving own voices books the best chance they can possibly have to succeed by putting them into the hands of those who have been pining for them the hardest. And of course, we can only speak from the experience of being black women, but this movement is for all marginalised communities to speak out and make publishers take note and pay attention to own voices reviewers.

But don’t worry; the movement is growing and Bookstagrammers such as @theartisangeek, @never_withouta_book, @thestackspod, @lupita.reads, @kenyanbibliophile and many more (me included) have decided that it’s time to take a stand. Even if we do have to make musical request videos to do so.