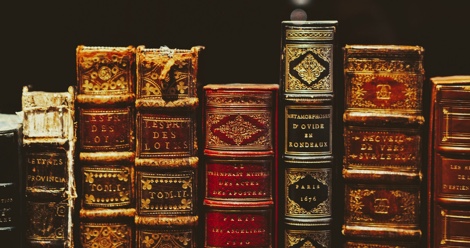 Many writers struggle with titles. Unlike most other forms of intellectual property, titles cannot be copyrighted. Most people can probably name several songs, poems, or books with the same, generic titles. Like any other trend or convention, titles can become clichés. The existence of online book title generators reflects how difficult titles can be. Memes poke fun at formulaic titles—for example, A (Noun) of (Noun) and (Noun), imitating George R.R. Martin’s A Song of Ice and Fire.

Some titles reveal the ending of the book. When I first read My Brother Sam is Dead, a Newbery honored YA historical novel from the 1970s about the American Revolution, I was surprised that Sam didn’t die until close to the end of the book. From the title, I expected him to die near the beginning or even before the events of the book. With today’s concerns about spoilers, it’s hard for me to imagine it being published with the same title today. With titles, the differences between intriguing, baffling, or a giveaway can be subjective.

Many titles are references to other works, especially the Bible and Shakespeare. Toni Morrison, William Faulkner, and John Steinbeck all gave at least one of their books a title with a Biblical reference. Sometimes, as in Hemingway’s The Sun Also Rises, the same Biblical quote serves as both the title and the epigraph.

Most Jane Austen fans probably know that her original title for Pride and Prejudice was First Impressions. F. Scott Fitzgerald wanted The Great Gatsby to be called Trimalchio in West Egg. These two title origin stories and many more are found in Now All We Need Is a Title: Famous Book Titles and How They Got That Way by André Bernard. This pocket-sized paperback book is a quick read or fun to revisit periodically.

Some readers might be relieved to learn that Fitzgerald’s publisher prevailed and retitled The Great Gatsby. Other iconic books were retitled for more coincidental reasons. Joseph Heller’s publisher retitled Catch-22 from Catch-18 because a rival publisher was set to release Mila 18 by Leon Uris at around the same time. Catch-22 has become such an irreplaceable expression in the English language. Heller is much better known than Uris to readers today, making the change seem ironic in retrospect.

Bernard describes the misunderstandings that can arise when titles get lost in translation. Often, important cultural context is completely removed. Many foreign language translators took the title of Anthony Burgess’s A Clockwork Orange literally, assuming that it was an improvised weapon, like a pineapple hand grenade. Burgess said that if someone was as strange as “a clockwork orange,” this was an old-fashioned, Cockney expression meaning bizarre or unsettling. Burgess said, “I mean it to stand for the application of a mechanistic morality to a living organism oozing with juice and sweetness” (Bernard p. 24–25). Burgess’s explanation of his title introduces his novel’s themes of violence, punishment, and rehabilitation in a way that can’t be translated.

Some of Bernard’s anecdotes are hilarious, especially the translation gaffes. Would readers take The Grapes of Wrath seriously if it were translated as Angry Raisins? Other origin stories are possibly apocryphal but still amusing.

Now All We Need Is a Title was originally published in 1995. As other reviewers have pointed out, most of the entries are older books by white, male authors, and much of the information can be found in online articles. However, considering that there were many fewer websites in the mid-’90s, this book would have been a great resource back then. If it were published today, I hope that the entries would be more diverse. Despite the lack of diversity, the book shows how crucial titles are to books’ overall meaning and tone. Some titles come naturally, but other books narrowly avoided a completely different—often less memorable—name.