I know I live on stolen land. My house in Alaska is built on originally Indigenous land. To me, it’s good to keep this knowledge in my heart and mind. It’s even better to find out exactly which Alaska Native nation calls my area home and to spend time getting to know the people and their culture and history, which is inevitably and often painfully linked to ours. 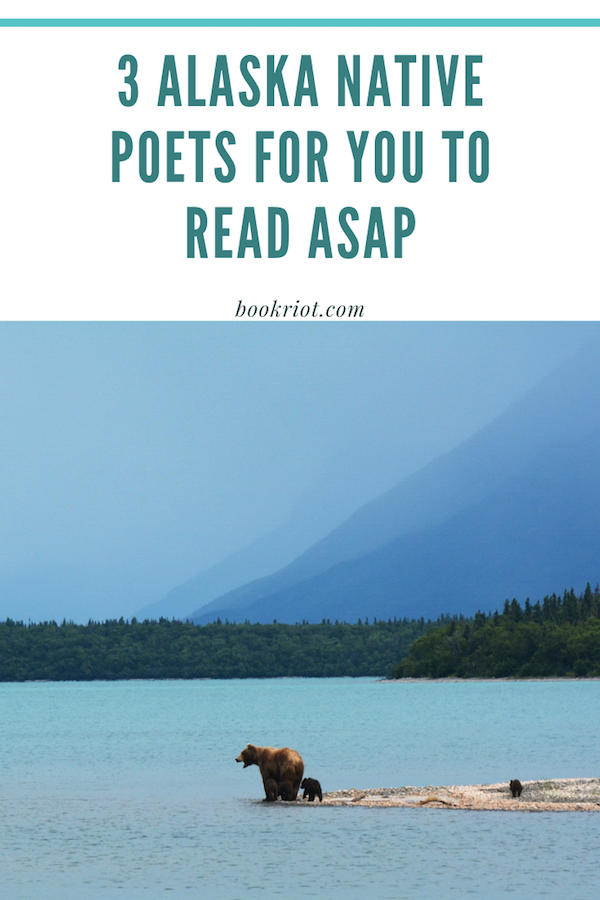 So, I now know that the Dena’ina Athabascans originally lived where my neighborhood now sits. There’s a Native-owned primary care center just a few miles from my house. Once my son is old enough, I plan to take him to Native-run events that are open to the public.

In the last month I read three different volumes of poetry by Alaska Native authors, and they each blew me away. Here are three Alaska Native poets for you to read ASAP because they’re just that amazing.

Roughly For the North 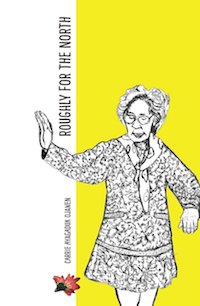 Carrie Ayaġaduk Ojanen, an Inupiat writer from the Ugiuvamiut tribe, writes with searing imagery and unflinching honesty. About her Alaska Native family members, who were forcibly removed from their home. About the traditions she grew up observing, and the resiliency of her family. She weaves the details of Northern life into her poems in ways that make readers taste, feel, see, touch, and hear new things.

This is a book I’ll be purchasing for my own collection, so that I can return to it again and again and read it to my son.

An excerpt from my favorite poem:

hello, beloved, after the dark
has shadowed you, you are still fragile,
fragile in your pajamas as the fall
spreads its cold over the expanse of water
and the crying crane
V their way south”

You’ll have to buy the book yourself (or get it from the library) to read the next stanza. 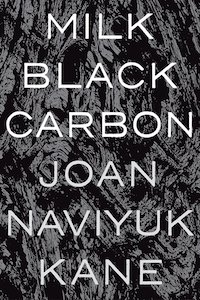 Joan Naviyuk Kane is Inupiaq, and what I love about this volume of poetry (and this is probably true for her other volumes, too) is that several of her poems are in Inupiaq. Those poems are meant for her people, not for me, and I just love that.

I’m grateful that she chooses to share her poems with me, too. Now that I’ve read Milk Black Carbon, I’ll be looking into Naviyuk’s other volumes: The Cormorant Hunter’s Wife, Hyperboreal, and Sublingual.

Here’s an excerpt from my favorite poem of hers:

“Give or Take a Century

A man goes on a journey, a woman does not.
Instead, birches murmur into the song
of a bird unseen, the forest endlessly receding.”

Again, if you want to read the rest—and you want to, trust me—as well as an entire volume of moving, exquisite poems, buy the book!

Ishmael Angaluuk Hope, Inupiaq and Tlingit poet, has two volumes of poetry out. I read Courtesans of Flounder Hill. I’ll be reading Rock Piles Along the Eddy next. Hope’s poems are long and deeply thought-out.

Here’s an excerpt from my favorite, from Courtesans of Flounder Hill:

The best thoughts
come with walking.
Every morning
I walk my daughter
to sleep.
She won’t remember this.
But she’s breathing in
all my good thoughts.”

Check this book out the library (or purchase it) to read the rest!

A Little Surprise For You

You can read a few poems by these authors for FREE while you’re waiting for your copy of their books to come in the mail!

For more Carrie Ayaġaduk Ojanen, see “Someday this may apply to you, too, so pay attention.”

For more Joan Naviyuk Kane, go to this collection of THREE of her poems.

For more Ishmael Angaluuk Hope, see this substantial excerpt from “Love Letter to the Future: A Book of the Land in Eight Acts.”

Enjoy! And please, if you have more Alaska Native poets to share, do so in the comments and I will gladly read their work.