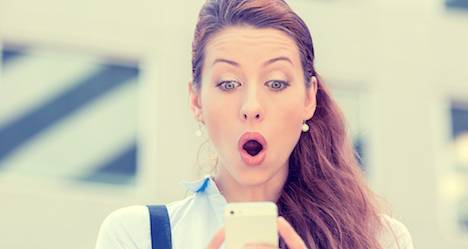 Librarians on Reddit are sharing the weirdest thing that’s happened to them at work, and let me tell you now that they are heroes we don’t deserve.
1. The musical streaker: “A patron at the local public library returned a VHS tape a few years back. She complained about additional film after the credits. Someone had video taped themselves playing a xylophone naked. The offender made sure his face was not in the film. The local librarians ended up checking every VHS tape in the collection and found several more instances of this. He had even gone so far as to mark the tapes he had already modified. Apparently his goal was to add footage of himself on each and every one. Eventually, they were able to catch the guy.”

History remembers Salvador Dalí as one of the most individualistic artists ever to live, but he also had a knack for collaboration: with Luis Buñuel, Alfred Hitchcock, Walt Disney, even, in a sense, with Lewis Carroll and William Shakespeare. But would you believe the list also includes one of the Marx Brothers? Though the film on which they collaborated in the 1930s never entered production, its story has been told by Giraffes on Horseback Salad, a hybrid of illustrated text and graphic novel published just this month, itself a collaboration between pop-culture scholar Josh Frank, artist Manuela Pertega, and comedian Tim Heidecker.

Category ID: 795
Today In Books Newsletter
Sign up to Today In Books to receive daily news and miscellany from the world of books.
Thank you for signing up! Keep an eye on your inbox.
By signing up you agree to our Terms of Service

I just want to spend the day finding ways to drop Giraffes on Horseback Salad casually into conversations because whaaaat?!

You might recognize Nadine Jolie Courtney as the author of Romancing the Throne, a charming Young Adult novel in which two sisters fall for the heir to the British monarchy. Now she’s back with All-American Muslim Girl, the perfect read for fans of Tahereh Mafi (A Very Large Expanse of Sea) and S.K. Ali (Saints and Misfits). It’s a contemporary story drawn from Courtney’s own life about a young Muslim-American caught between two worlds.

This book sounds amazing, and if you’re a fan of graphic cover designs you’ll love this cover reveal.