Love them or hate them, superhero films are currently a mainstay of our theatre-going experience. Yes, we’re all still recovering from Logan, but how about that new Wonder Woman trailer? Or Cate Blanchett’s look in Thor: Ragnarok? Maybe the thought of Justice League fills you with trepidation or maybe you can’t wait for Guardians of the Galaxy 2 to release. No matter the property, superhero movies make you feel things. (Even if it’s just weariness and fatigue.)

But if superheroes are a staple of Western comics, what about manga? What forms do superheroes take in that format? While I’d argue that many standard shonen manga protagonists are the equivalent of Western superheroes, that might not be the most satisfactory answer. So instead, I offer up a handful of titles that tackle what has become a globally recognized archetype. 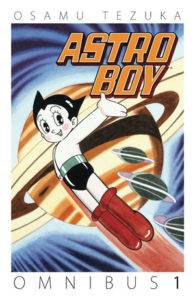 
I’d be remiss if I omitted this influential title by legendary manga creator, Osamu Tezuka. In a future where humans and robots co-exist, the brilliant Dr. Tenma builds a robot to replace his dead son. Alas, no android can replace his beloved child. Thankfully, Astro finds a new purpose in using his formidable powers to fight crime and injustice. Originally serialized in the 1950s and 1960s, the artwork can look very retro by today’s standards, but the heavy influence of Walt Disney upon Tezuka’s drawing style is very evident and fascinating to see. 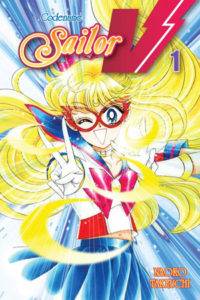 Codename: Sailor V by Naoko Takeuchi
Naoko Takeuchi is best known for her seminal magical girl series, Sailor Moon. Codename: Sailor V is the prequel where Takeuchi worked out her ideas and laid the foundation for what would become her most famous title. Codename: Sailor V follows Minako Aino, a young girl who discovers she can transform in a fighter more beautiful and powerful than anyone. Charged with the task of protecting Earth from evil, Minako takes on the crimefighting identity of Sailor V…until she learns she is actually a soldier of justice named Sailor Venus. 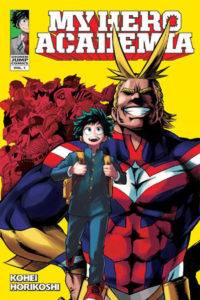 My Hero Academia by Kohei Horikoshi
Imagine a world where having superpowers is the norm. Now imagine being born without those abilities. What do you do if you fall into the second category? Do you give up your goal of becoming a superhero? Or do you pursue it anyway? That’s the dilemma faced by Izuku Midoriya, who has no super abilities and is bullied by his classmates due to this perceived lack. But when he saves one of his harshest bullies, Midoriya gains the chance to make his dreams come true and attend a school that trains the next generation of superheroes. 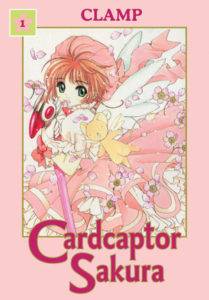 Cardcaptor Sakura by CLAMP
If Sailor Moon provided the blueprint for the magical girl genre, Cardcaptor Sakura cemented its modern aesthetic of ridiculously cute girls and an overabundance of ruffles. When Sakura Kinomoto accidentally releases a set of magical cards into the world, she is charged with the task of retrieving them. What happens if she fails? The world is doomed, of course. Hey, it’s a CLAMP manga. There’s no apocalypse that creative team of ladies doesn’t love. In case that wasn’t clue enough, don’t let the adorable character designs fool you. There’s a lot of depth to this series, and its popularity has endured over two decades. We’re even getting a new anime adaptation next year! 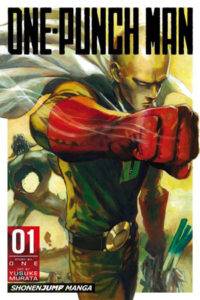 One-Punch Man by One and Yusuke Murata


Originally a self-published webcomic, One-Punch Man went viral and became so popular that it was redrawn as a digital manga featuring the gorgeous art of Yusuke Murata. One-Punch Man follows Saitama, a formerly unemployed young man who trains so hard that he becomes the strongest superhero alive. Unfortunately, this status becomes the source of his existential ennui because he literally ends all fights with one punch and no longer experiences the thrill of the fight. Hilarious yet deep, One-Punch Man can be read as a straightforward superhero story but it can also be read as a satirical take on the entire genre, complete with sly references to other manga and superhero comics.

Read any of these titles? What do you think? Got any other superhero manga recs? Drop them in the comics.