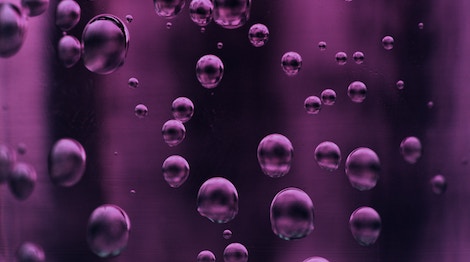 I recently moved into a place with a lot more space for my books, so I’ve been able to have a long overdue (and just plain long) sorting session. Inspired by all those lovely Instagram posts of people making rainbows of their bookshelves, I’ve been sorting them into sections (to-be-read, DC-related, my faves, that sort of thing) and then by colour within those sections.

And here’s something I noticed that surprised me—and I was equally surprised that I hadn’t noticed it before.

I can count the number of purple spines on my shelf on one hand. If I include lilac, I might need some fingers of the other hand, too. But that’s it. And that’s among, at a guess, 300 books. There’s a lot of white, yellow, blue, and black. But purple is almost non-existent, and that makes me sad. Not just because I’d like more purple in my living room, but because it makes me wonder if publishers think (or, worse, know!) that purple books sell less well—or at least sell less well in the genres I tend to buy, which is mainly literary and “upmarket women’s” fiction.

The purple spines I found on my shelves belong to these books, and maybe you’ll find some inspiration here if your book rainbow is lacking in indigo and violet. 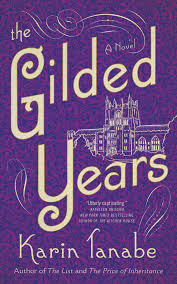 The Gilded Years by Karin Tanabe

This one also happens to be one of my favourites, and not just because Karin is a friend of mine. This novel was based on the life of Anita Hemmings, the first African American woman to attend Vassar College, which she did while “passing” as white. It was a great read, and Reese Witherspoon obviously thought so too, since she’s making it into a movie. 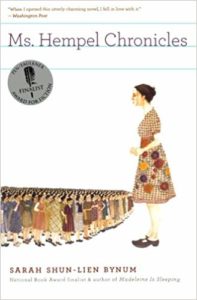 This is, coincidentally, another favourite of mine, and one I don’t think gets talked about nearly enough. It’s a lovely, short novel about a young woman struggling in her new role as a seventh grade teacher and overwhelmed by life’s expectations. One of the many I picked out of the pile when I was sorting them and wished I had time to re-read. 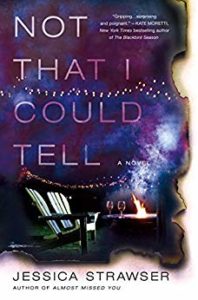 Not That I Could Tell by Jessica Strawser

This was my Book of the Month pick in March 2018, a month I struggled to just pick one book for and ended up with a few. This one isn’t normally one I’d pick. It’s essentially a thriller/murder mystery, though admittedly the kind that intrigues me most—the kind among friends in a close-knit community—and so I wonder if the purple cover had something to do with my choice. For some of us, it’s a plus. 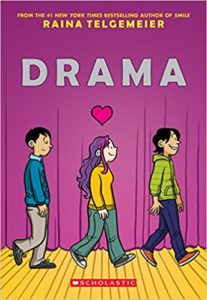 I love this cute graphic novel about Callie, who is passionate about the theatre and is a set designer at school. That’s not the only drama in the story though—there’s the cute brothers who show up, for starters. 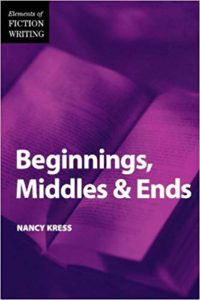 Back when I was a baby writer in 2009-2010, I read every book on the craft I could get my hands on. My copy of this book is full of underlinings and notes, so I’m guessing it was useful—it was published by Writers’ Digest, and their books on the craft usually are. 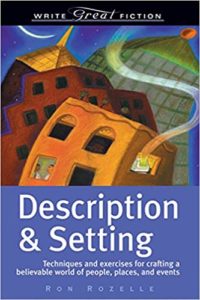 Description and Setting by Ron Rozelle

QED: another Writers’ Digest book, a bluer, lighter shade of purple (and definitely more purple than it looks in this picture!). This one was one of the most useful books about writing that I read when I was starting out. It’s part of the “Write Great Fiction” series, and I found this and Dialogue to be the best of the set—though they’re all invaluable.

And then, moving into the lilac realm, there are a couple of others: 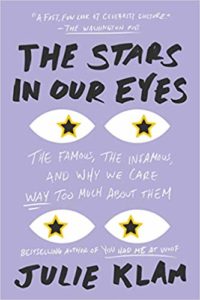 The Stars in our Eyes by Julie Klam

The subtitle of this book is The Famous, the Infamous, and Why We Care Way Too Much About Them, and given my own well-documented admiration for a certain actor who may or may not have inspired my forthcoming novel,  that was all I really needed to get me to buy this book. I’m sure the lilac cover helped, though. 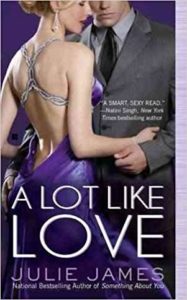 I don’t read a lot of the romance genre, and maybe I’d have more purple on my shelves if I did? I don’t know much about this one, and can’t remember how I came by it—but if I’m going to read a romance novel in the foreseeable future, it’s likely to be this purple one. It doesn’t hurt that the hero is an FBI agent, either.

Am I the only one with so few purple books, or do you only have a handful too? Let us know!